CAPE Fear: The Bulls Are Wrong. Shiller’s Measure Is the Real Deal 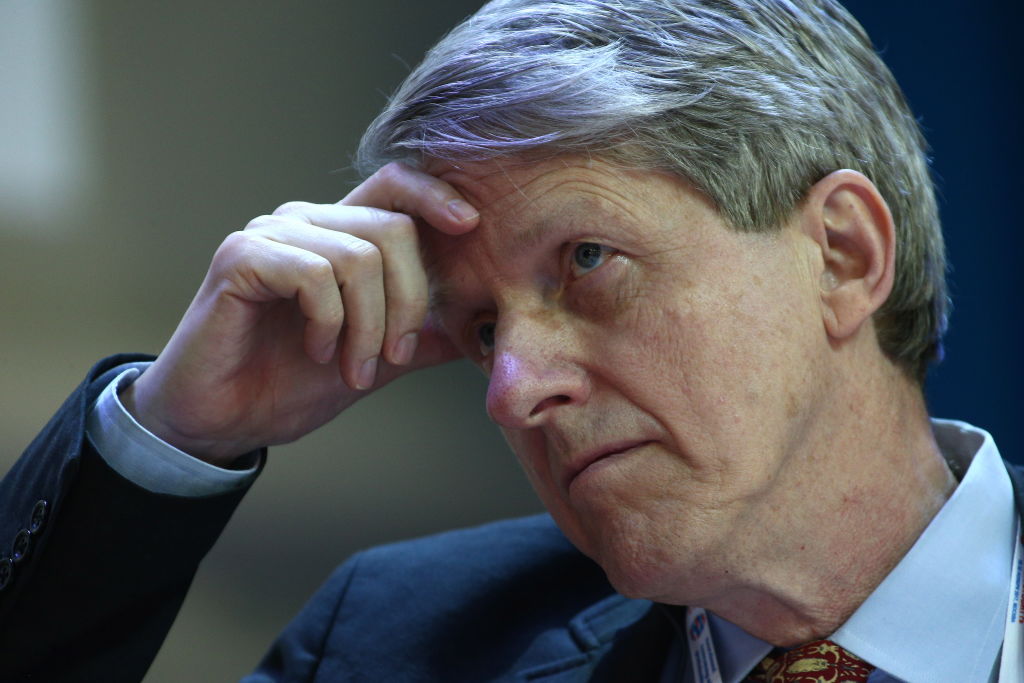 For the past half-decade, a controversial yardstick called the CAPE has been flashing red, warning that stock prices are extremely rich, and vulnerable to a sharp correction. And over the same period, the Wall Street bulls and a number of academics led by Jeremy Siegel of the Wharton School, have been claiming that CAPE is a kind of fun house mirror that makes reasonable valuations appear grotesquely stretched.

CAPE, an acronym “Cyclically-adjusted price-to-earnings ratio,” was developed by economist Robert Shiller of Yale to correct for a flaw in judging where stock prices stand on the continuum from dirt cheap to highly expensive based on the current P/E ratio. The problem: Reported earnings careen from lofty peaks to deep troughs, so that when they’re in a funk, multiples jump so high that shares appear overpriced when they’re really reasonable, and when profits explode, they can skew the P/E by creating the false signal that they’re a great buy.

The CAPE aims to correct for those distortions. It smooths the denominator by using not current profits, but a ten-year average, of S&P 500 earnings-per-share, adjusted for inflation. Today, the CAPE for the 500 reads 29.7. It’s only been that high in two previous periods: Before the crash of 1929, and during the tech bubble from 1998 to 2001, suggesting that when stocks are this expensive, a downturn may be at hand.

The CAPE’s critics argue that its adjusted PE is highly inflated, because the past decade includes a portion of the financial crisis that decimated earnings. That period was so unusual, their thinking goes, that it makes the ten-year average denominator much too low, producing what looks like a dangerous number when valuations are actually reasonable by historical norms. They point to the traditional P/E based on 12-month trailing, GAAP profits. By that yardstick today’s multiple is 19.7, a touch above the 20-year average of 19, though exceeding the century-long norm of around 16.

I’ve run some numbers, and my analysis indicates that the CAPE doesn’t suffer from those alleged shortcoming, and presents a much truer picture than today’s seemingly reassuring P/E. Here’s why. Contrary to its opponents’ assertions, the CAPE’s earnings number is not artificially depressed. I calculated ten year average of real profits for six decade-long periods starting in February of 1959 and ending today, (the last one running from 2/2009 to 2/2019). On average, the adjusted earnings number rose 22% from one period to the next. The biggest leap came from 1999 to 2009, when the 10-year average of real earnings advanced 42%.

So did profits since then languish to the point where the current CAPE figure is unrealistically big? Not at all. The Shiller profit number of $91 per share is 36.1% higher than the reading for the 1999 to 2009 period, when it had surged a record 40%-plus over the preceding decade. If anything, today’s denominator looks high, meaning the CAPE of almost 30 is at least reasonable, and if anything overstates what today’s investors will reap from each dollar they’ve invested in stocks.

Here’s the problem that the CAPE highlights. Earnings in the past two decades have been far outpacing GDP; in the current decade, they’ve beaten growth in national income by 1.2 points (3.2% versus 2%). That’s a reversal of long-term trends. Over our entire 60 year period, GDP rose at 3.3% annually, and profits trailed by 1.3 points, advancing at just 2%. So the rationale that P/Es are modest is based on the assumption that today’s earnings aren’t unusually high at all, and should continue growing from here, on a trajectory that outstrips national income.

It won’t happen. It’s true that total corporate profits follow GDP over the long term, though they fluctuate above and below that benchmark along the way. Right now, earnings constitute an unusually higher share of national income. That’s because record-low interest rates have restrained cost of borrowing for the past several years, and companies have managed to produce more cars, steel and semiconductors while shedding workers and holding raises to a minimum. Now, rates are rising and so it pay and employment, forces that will crimp profits. It’s often overlooked that although profits grow in line with GDP, which by the way, is now expanding a lot more slowly than two decades ago, earnings per share grow a lot slower, as I’ve shown, lagging by 1.3 points over the past six decades. An influential study from 2003 by Rob Arnott, founder of Research Affiliates, and co-author William J. Bernstein, found that EPS typically trails overall profit and economic growth by even more, an estimated 2 points a year.

The reason is dilution. Companies are constantly issuing new shares, for everything from expensive acquisitions to stock option redemptions to secondary offerings. New enterprises are also challenging incumbents, raising the number of shares that divide up an industry’s profits faster than those profits are increasing. Since total earnings grow with GDP, and the share count grows faster than profits, it’s mathematically impossible for EPS growth to consistently rise in double digits, although it does over brief periods––followed by intervals of zero or minuscule increases.

The huge gap between the official PE of 19 and the CAPE at 30 signals that unsustainably high profits are artificially depressing the former. and that profits are bound to stagnate at best, and more likely decline. The retreat appears to have already started. The Wall Street “consensus” Wall Street earnings forecast compiled by FactSet calls for an EPS decline of 1.7% for the first quarter of 2017, and zero inflation-adjusted gains for the first nine months of the year. In an investing world dominated by hype, the CAPE is a rare truth-teller.