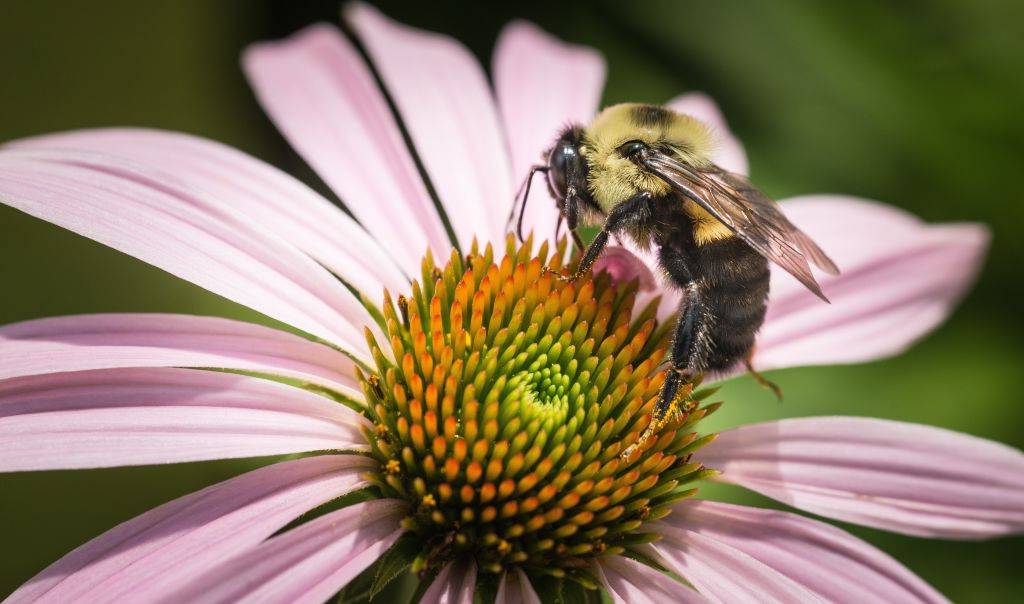 A growing number of honey bees die each year due to pesticides, vanishing habitats, poor nutrition, and climate change, with potentially disastrous consequences for agriculture and natural diversity.

Now, scientists at the University of Helsinki have developed the first edible vaccine against microbial infections, hoping to save at least some of the pollinators.

“We might be right now at a tipping point, without even realizing it,” Dalial Freitak, the lead scientist on the project, said in an interview on Wednesday. “We’ve been taking the pollination services for granted for so long. These insects are not there, they are disappearing.”

The first vaccine inoculates bees against American foulbrood, a globally spread disease that can kill entire colonies and whose spores can remain viable for more than 50 years. The technology may in future be used to combat fungal diseases and other bacterial infections.

The vaccine is administered via an edible sugar patty that’s suspended in the hive for the queen to consume over seven to 10 days. After she ingests the pathogens, she is able to spark an immune response in her offspring, eventually generating an inoculated hive.

The vaccine still needs a lot of work before it can become commercially available. Scientists must ensure it’s safe for the environment, the bees themselves and humans who consume the honey. Regulatory hurdles will take years to clear. It’s also too early to estimate how much beekeepers will have to shell out to buy inoculated hives, Freitak said.

While yields for potatoes, rice, wheat, and other crops that don’t need pollination may also benefit from more bees, vitamin-rich fruits such as apples, tomatoes, and citruses won’t deliver a crop without them, Freitak said.

“The problem really touches all of us,” she said. “We have to start tackling it from all sides.”