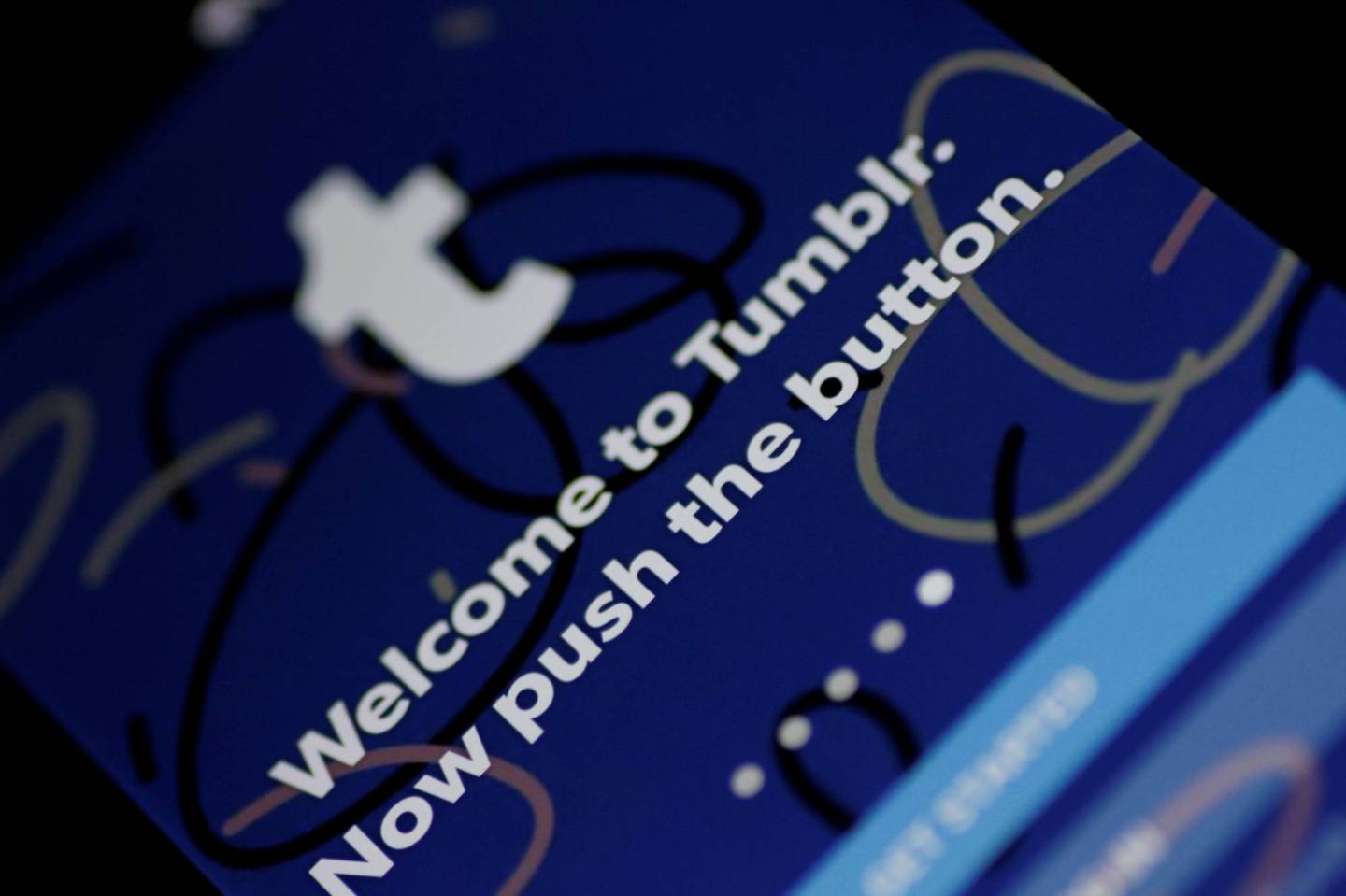 The Tumblr application is seen on a mobile phone in this illustration photo March 7, 2018. REUTERS/Thomas White/Illustration - RC1FB5335230
Thomas White REUTERS

This announcement comes two weeks after the micro-blogging site was kicked off of Apple’s App Store because some users had posted and downloaded photographs of child sex abuse. As of this article’s publication, the app hadn’t yet returned to Apple’s app store.

Those exceptions include: “exposed female-presenting nipples in connection with breastfeeding, birth or after-birth moments, and health-related situations, such as post-mastectomy or gender confirmation surgery” as well as “written content such as erotica, nudity related to political or newsworthy speech, and nudity found in art, such as sculptures and illustrations.”

So what’s banned? According to the new guidelines, barred content includes “photos, videos, or GIFs that show real-life human genitals or female-presenting nipples, and any content—including photos, videos, GIFs and illustrations—that depicts sex acts.” Users who have posted material that Tumblr believes doesn’t comply with its new content standards will be notified via email and have the opportunity to appeal.

According to research reported on by Vice in 2016, while less than 1% of Tumblr’s then-130 million users posted pornography, approximately 22% of users viewed it while 28% of users were “unintentionally exposed” to pornography.

Thus, many have taken to Twitter to question Tumblr’s continued viability:

Tumblr is reeeeeeeeeally underestimating how much of its user base is there for adult content.https://t.co/OjJNSN89tE pic.twitter.com/ZIpVdXQOH2

Me deleting my Tumblr account on December 17th pic.twitter.com/DZI6Pjj3z8

me downloading all the p*rn that ever existed on tumblr pic.twitter.com/Kx9LBM7Cxm

Tumblr was one of the few vectors for grassroots queer art and banning “adult content” will disproportionally stunt and hamstring those artists, so of course that is happening in 2018

they are trying to disappear us; live in defiance.

Tumblr declined to provide further comment about the reaction of its users to the ban.

Said D’Onofrio in his blog, “Over the past several months, and inspired by our storied past, we’ve given serious thought to who we want to be to our community moving forward and have been hard at work laying the foundation for a better Tumblr.”