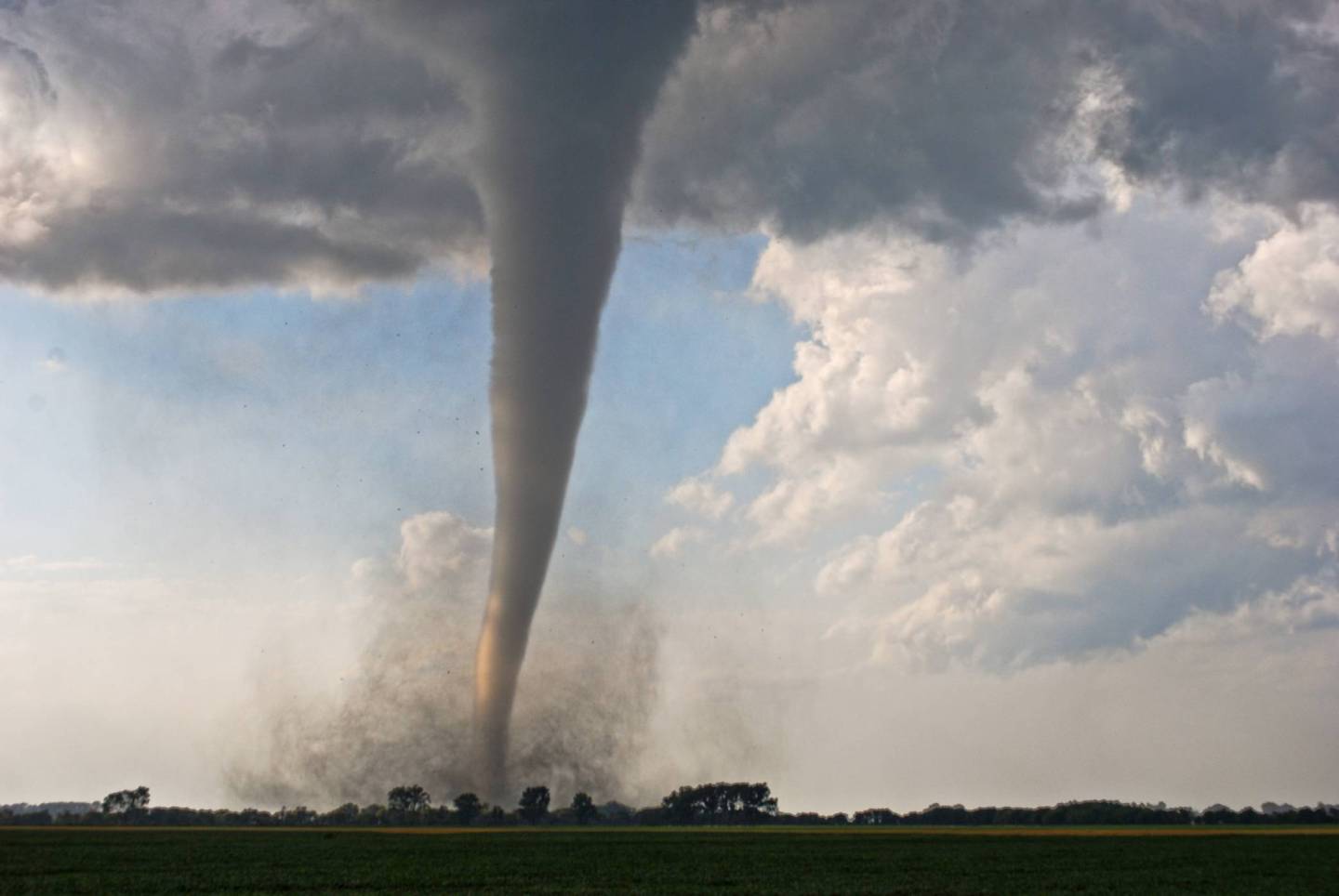 Multiple tornadoes were reported on Saturday night across central Illinois, injuring at least 30 people in the small town of Taylorville, which has a population of just 11,200 residents.

The National Weather Service received 22 reports of tornadoes in the state, and offices in Lincoln, Ill. and St. Louis, Mo. have sent out survey teams to affected areas to determine a count on how many tornadoes broke out across the state.

A full assessment will be completed sometime Monday or Tuesday after the teams have finished tracking the start and end points of the storms, Chris Miller, the warning coordination meteorologist with the National Weather Service in Lincoln, told Fortune.

Emergency officials responded to between 12 and 15 homes Saturday night to evacuate people who were trapped inside, and task forces with ambulances are working to confirm whether any more people are trapped or injured, ABC News reported. There have been no reported deaths; however, at least one injury was reported as critical.

Violent damaging tornado outside of Havana, Illinois a bit ago. #ilwx pic.twitter.com/NewFR1sj3a

My dad watched a tornado cut through his crops and other farms and then literally JUMP OVER our 3 generation farmstead and barn in Illinois tonight. pic.twitter.com/WQx3Z1zfWX

It remains unclear how many tornadoes blew through the region, but it won’t be as many as 22, Miller said. He said it was an odd time of year for tornadoes in Illinois, and added that it was in part due to the “unseasonably warm and humid weather.” Tornado season is usually from March through May in Illinois, though the state might see a storm here and there at other times of the year. According to data from the Tornado History Project, the last time tornadoes were reported in Illinois in December was in 2015 when six tornados broke out.

“This is the biggest December outbreak in Illinois since 1957,” he said. That year, 25 tornados tore through Southern Illinois and parts of Missouri, killing 17 people and injuring 273 more.

A temporary shelter has been set up at Crossroads Church in Christian County, for survivors of the storm, according to the National Weather Service.