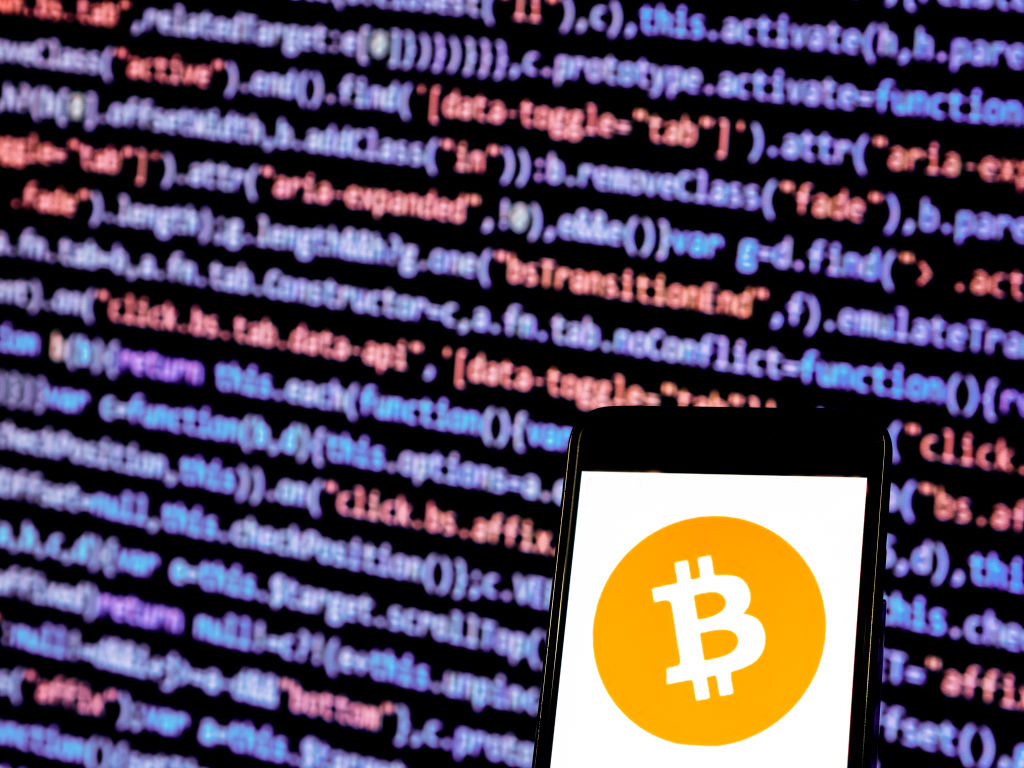 KIEV, UKRAINE - 2018/11/10: Bitcoin, Cash logo seen displayed on smart phone. Bitcoin is a crypto currency, a form of electronic cash. It is a decentralized digital currency without a central bank or single administrator that can be sent from user-to-user on the peer-to-peer bitcoin network without the need for intermediaries. (Photo by Igor Golovniov/SOPA Images/LightRocket via Getty Images)
SOPA Images/LightRocket via Getty Images

The great cryptocurrency crash of 2018 is heading for its worst week yet.

Bitcoin sank toward $4,000 and most of its peers tumbled on Friday, extending the Bloomberg Galaxy Crypto Index’s decline since Nov. 16 to 23%. That’s the worst weekly slump since crypto-mania peaked in early January.

After an epic rally last year that exceeded many of history’s most notorious bubbles, cryptocurrencies have become mired in a nearly $700 billion rout that shows few signs of abating. Many of the concerns that sparked the 2018 retreat — including increased regulatory scrutiny, community infighting and exchange snafus — have only intensified this week. Even after losses exceeding 70% for most virtual currencies, Oanda Corp.’s Stephen Innes has yet to see strong evidence of a capitulation that would signal a market bottom.

“There’s still a lot of people in this game,” Innes, head of trading for Asia Pacific at Oanda, said by phone from Singapore. If Bitcoin “collapses, if we start to see a run down toward $3,000, this thing is going to be a monster. People will be running for the exits.”

The largest cryptocurrency retreated as much as 7.6% on Friday, before paring losses to 3.2% at 6:36 a.m. in New York, according to Bloomberg composite pricing. At $4,285, it’s trading close to its the lowest closing level since October 2017. Rivals Ether, XRP and Litecoin all declined at least 4%. The market value of all cryptocurrencies tracked by CoinMarketCap.com has sunk to $140 billion, down from about $835 billion at the market peak in January.

The rout’s biggest casualties: individual investors who piled in just as prices peaked, and companies like Nvidia Corp. that supplied the crypto ecosystem. The California-based chipmaker has lost nearly half its value since the start of October as demand for its cryptocurrency mining chips collapsed and results in its gaming division disappointed.

The economic impact of the crypto collapse has so far been limited, in part because most major banks and institutional money managers have little to no exposure to virtual currencies. For most investors, recent declines in equity markets have arguably been far more important: the $700 billion slump in digital assets since January compares with $1.3 trillion lost from the market value of global shares just this week.

While some crypto bulls have argued that Bitcoin and its peers would act as havens from turmoil in traditional financial markets, this year’s losses have undercut those claims. Gold, a traditional haven for investors, has climbed in the past two weeks as virtual currencies tumbled.

“I don’t think coins are going to be anywhere near as attractive as some of the other cross-asset plays,” Innes said. “Gold prices are going to jump considerably higher and there’s an inverse relationship we’re starting to see with gold and coins.”