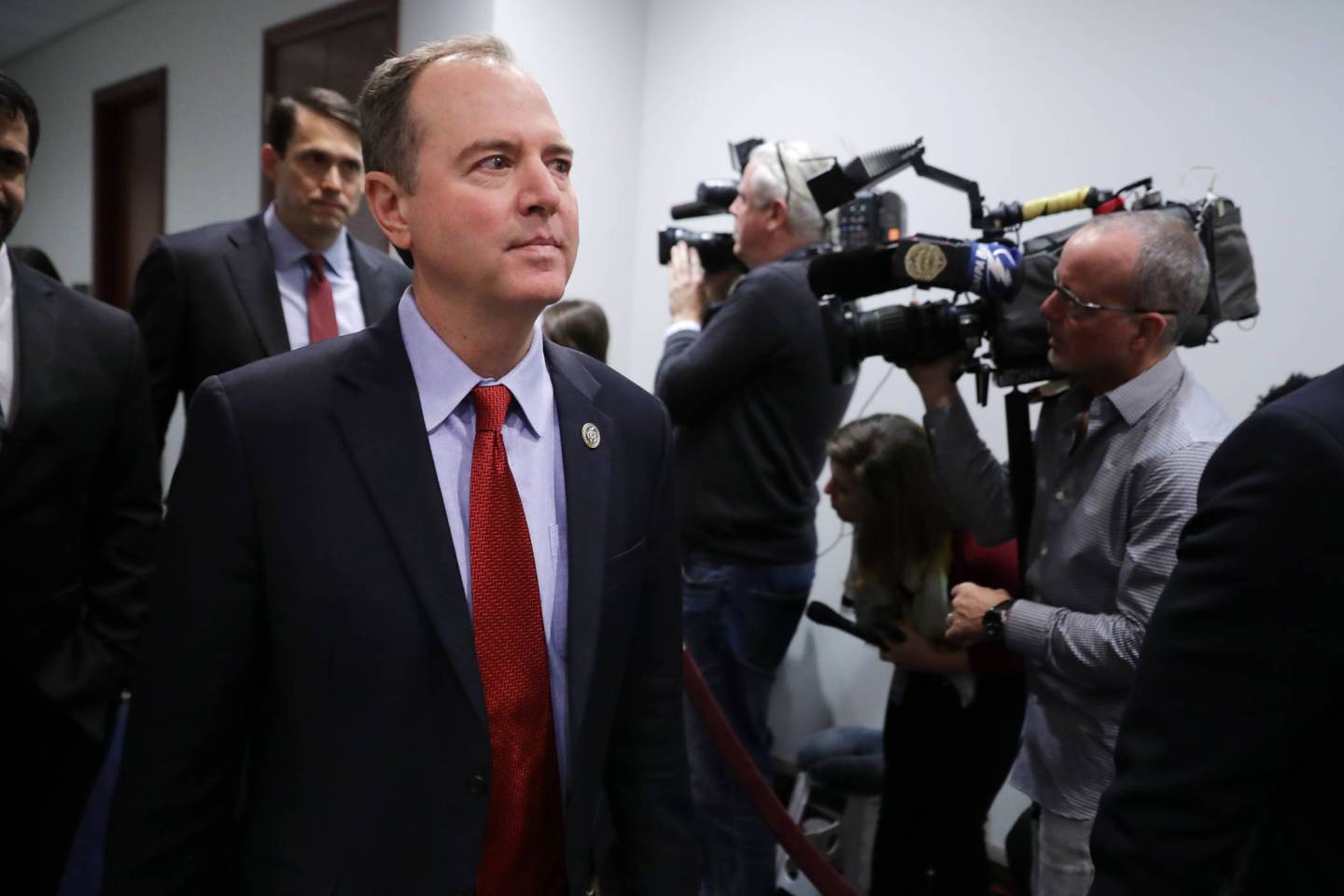 President Donald Trump insulted Democratic Representative Adam Schiff of California with a tweet that misspelled the Intelligence Committee member’s name in a way that suggests a scatological reference.

Schiff, a frequent critic of Trump, said on ABC’s “This Week” earlier in the day that the appointment of Whitaker was “unconstitutional” because he wasn’t confirmed by the Senate — a claim that other Democratic lawmakers have made and the White House rejects.

The California Democrat quickly fired back to Trump on Twitter.

“Wow, Mr. President, that’s a good one,” said Schiff, who has promised to follow Mueller in investigating possible collusion by the Trump campaign with Russian interference in the 2016 presidential election if he takes over the panel. “Was that like your answers to Mr. Mueller’s questions, or did you write this one yourself?”

Was that like your answers to Mr. Mueller’s questions, or did you write this one yourself? https://t.co/Yd27sayt7C

Trump said Saturday he had finished written answers to questions Mueller’s team has asked him and would turn them in during the coming week.

Trump routinely assigns derogatory nicknames to his perceived enemies. Although he often makes misspellings in his messages, the tweet was not deleted and reissued quickly as many of his apparent mistakes are.

The exchange came just two days after Trump called for “decorum” at the White House after banning CNN reporter Jim Acosta for his questioning during a Nov. 7 press conference.

“You have to practice decorum,” Trump told reporters at a bill signing at the White House on Nov. 16. “You have to act with respect.” Trump repeated the call for decorum in a “Fox News Sunday” interview taped Friday.

The president said in the interview that he wouldn’t stop Whitaker if he curtails the investigation by Mueller.

The special counsel did not require Senate confirmation. Trump has accused him, often with misstatements or without evidence, of bias and conflicts of interest.