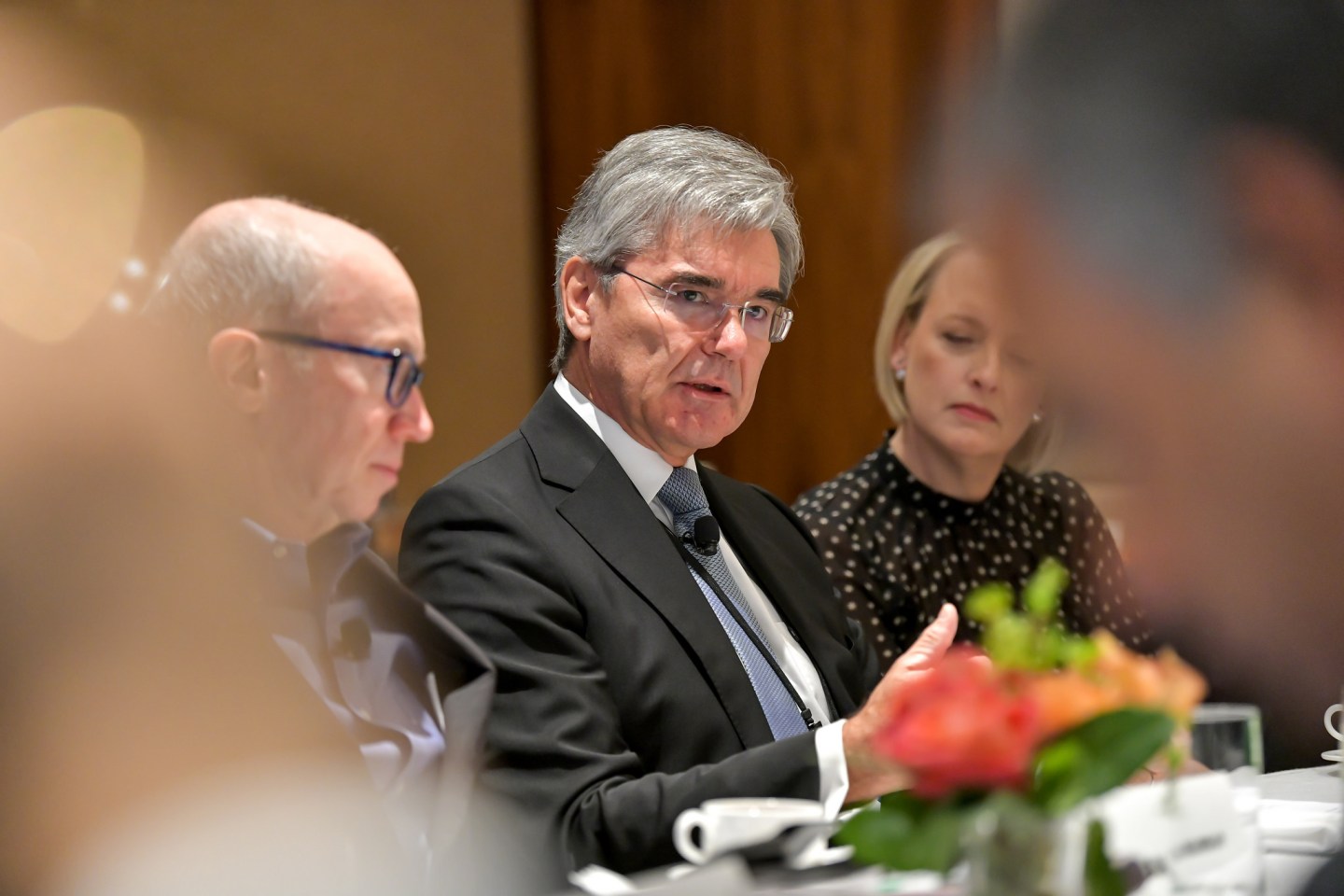 “Why is Silicon Valley one of the most dense places with the biggest homeless per capita? Because it’s a massive societal divide,” he said Tuesday during a panel on artificial intelligence and the future of work at the Fortune Global Forum in Toronto. “I believe that’s the single biggest challenge we have as a leadership team — how to create answers to that societal divide.”

Kaeser said the Internet has ushered in a new industrial revolution, which has had a positive impact on industry. But he warned: “Connectivity opens transparency, and that could actually lead us to a further divide in society… by nature, [the internet] is binary, by nature it divides the world into winners and losers. We need to be very mindful of how to reduce the societal divide.”

The Siemens chief urged fellow business leaders present in the room to take action rather than wait for the government. “Do politics help us? Absolutely not,” he said. “The whole geopolitical environment goes into, ask first, do second, what’s in it for me? And don’t care about the others.”