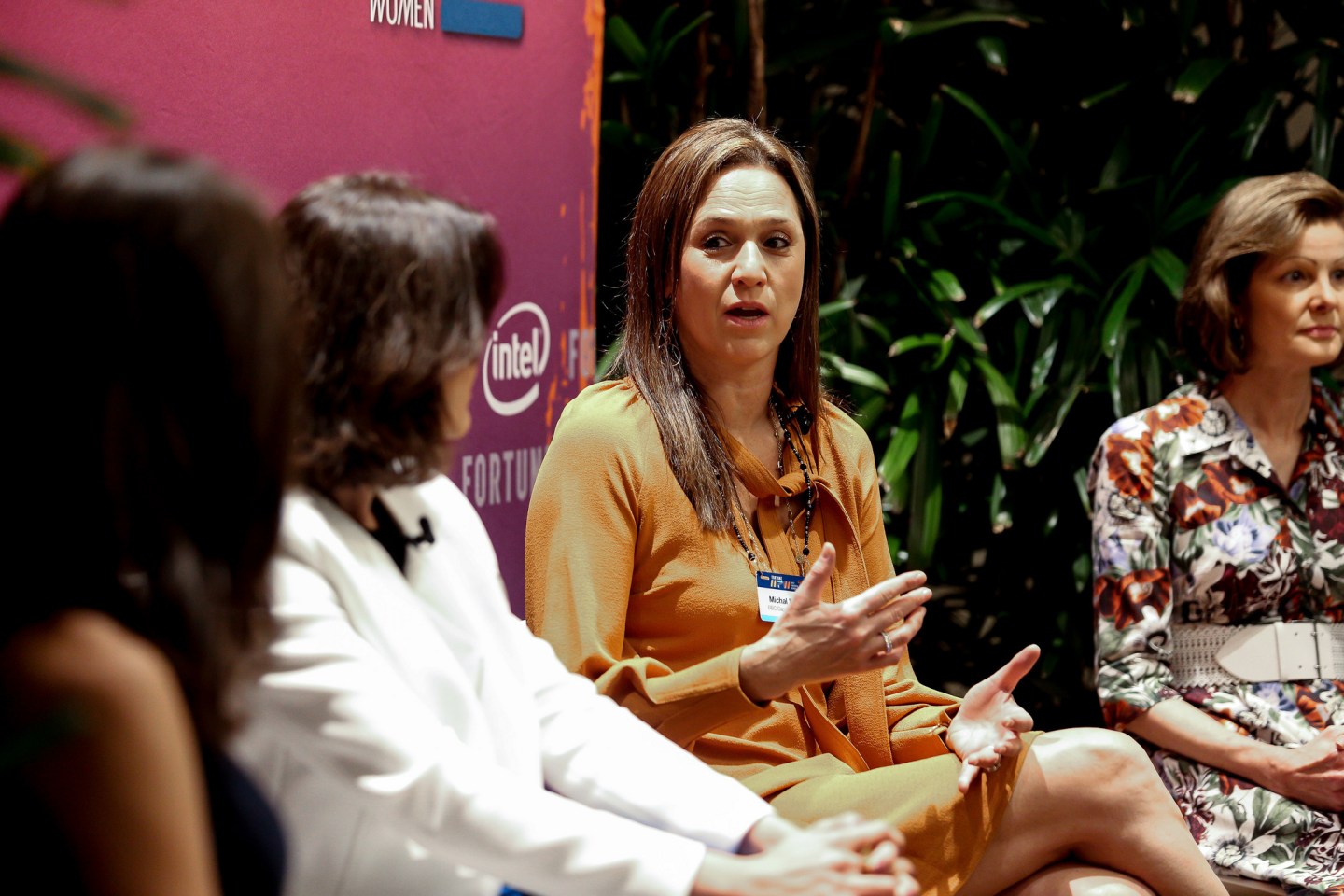 Science, technology, engineering, and mathematics—companies everywhere appear to be fighting for workers in the STEM fields to get a head start in building artificial intelligence capability.

But as companies continue to push into uncharted, albeit promising, territories around A.I., they’re also looking for hires in so-called softer fields to help A.I. mature ethically and free of the unwanted biases that come with their human makers.

In other words, it’s not just about STEM skills. Speaking at Fortune’s Most Powerful Women Summit in Laguna Niguel, Calif. on Tuesday, Fortune 500 and Global 500 executives said they also seek psychologists, philosophers, and interpreters.

Executives from IBM, Guardian Life Insurance, and RBC said soft skills are very much in demand as they confront the unintended consequences of nascent technology.

“We decided to build a whole division around responsible A.I.,” said Ana Paula Assis, president of IBM’s Latin America unit. “The types of skills we’re bringing in are psychologists, philosophers, that type of profile, that can solve really complex philosophical problems and think about what’s the best way to address that.”

Consider autonomous cars, for example. What if a self-driving vehicle is confronted with a choice between striking a pedestrian and avoiding her, only to crash and harm the passenger? Workers with skills in the humanities, Assis said, may be better equipped to answer those tough ethical questions.

Guardian Life Insurance CEO Deanna Mulligan, meanwhile, said she is grappling with a different problem: How to take the complicated, technical world of A.I. and make it understandable to the layman. Her company is searching for interpreters to make the language around A.I. more accessible to the rest of the organization.

“We have a number of Ph.D scientists, and they are wonderful,” she said. “But they may not understand the problems a call center representative might have on the floor. And who is that person who can be a go between? Those people are going to be very valuable going forward. But I don’t know how to train someone for that. We still have to figure that out.”

Correction, Oct. 3, 2018: An earlier version of this report misidentified the IBM executive.

For more coverage of Fortune’s Most Powerful Women Summit, click here. And subscribe to the Broadsheet, Fortune’s newsletter on the world’s most powerful women.