Stan McChrystal: John McCain Took No B.S.—and He Made Us All Better for It 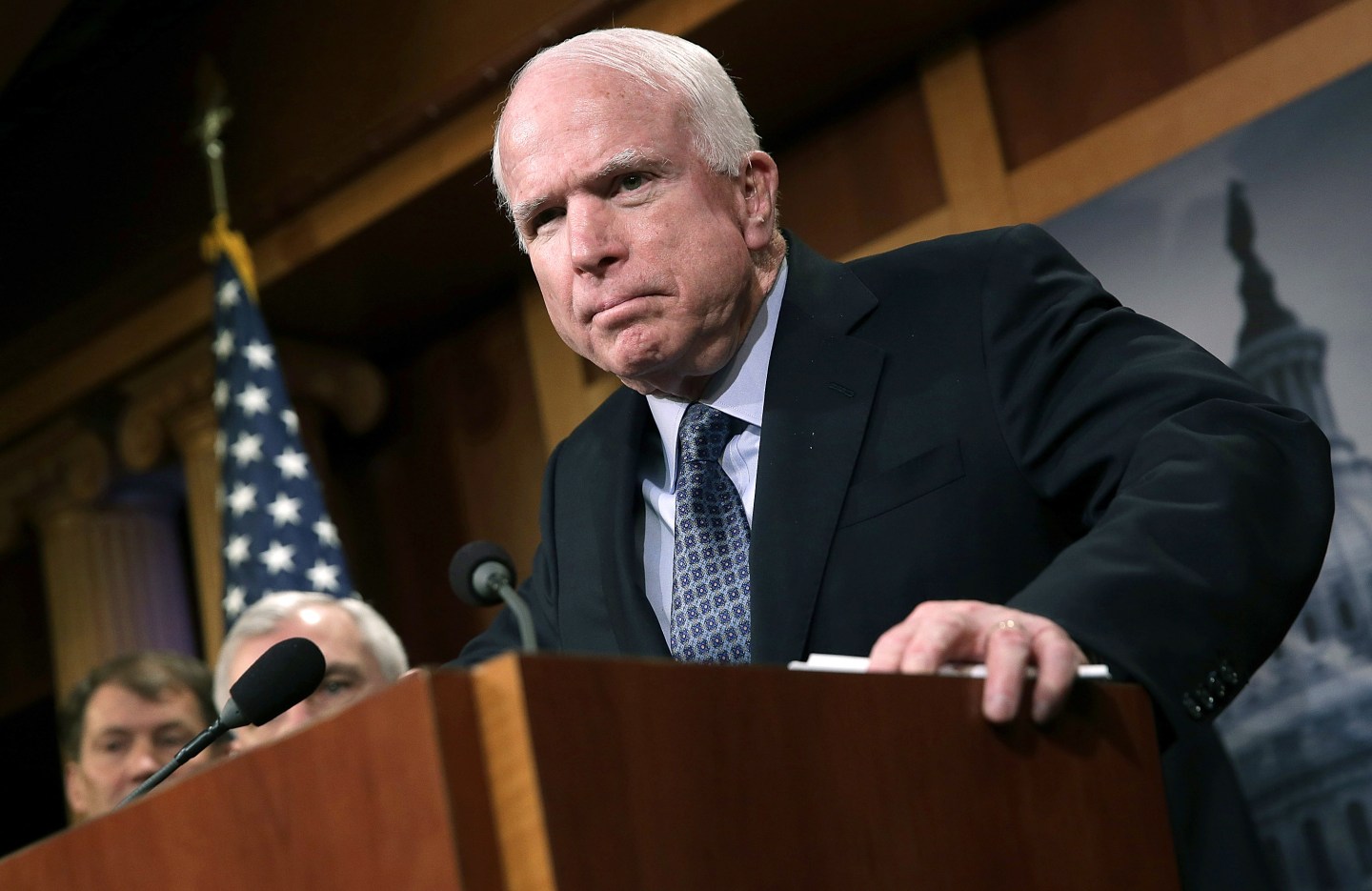 WASHINGTON, DC - FEBRUARY 05: Sen. John McCain (R-AZ) speaks during a press conference at the U.S. Capitol February 5, 2015 in Washington, DC. McCain and a group of bipartisan senators spoke out in favor of arming Ukrainians in their conflict with Russia. (Photo by Win McNamee/Getty Images)
Win McNamee—Getty Images

Afghanistan, in the summer of 2009, was not a happy place. Violence was up (to include having soldiers and the front gate of our compound devastated by a car bomb), and of the many things I judged I needed in the first weeks after assuming command of NATO’s International Security Assistance Force (ISAF), visiting U.S. senators fell near the bottom of my list.

So when I found myself in a small meeting room with senators Joe Lieberman, Lindsey Graham, and John McCain, I was less than enthusiastic to answer questions about the progress of a strategy review we had underway. And when the always direct, and sometimes fiery, McCain questioned whether I had the courage to tell President Barack Obama what I truly felt we needed, my attitude clicked to anger—and as I too often do—I fired back.

In seconds it was over, as Lieberman and Graham cooled tempers and McCain smiled. It was quickly apparent that McCain had gotten the answer to the question he sought, and that directness wasn’t disrespect—he cared as much about the mission, and my soldiers, as I did.

He became a strong supporter of mine, but always a demanding one. I felt that if I was less candid, less courageous, or less committed than he judged a leader must be, that support would evaporate. That felt fair.

I’d known the iconic hero-turned-politician since 2003, when I’d been tasked to brief Congress during the first weeks of the invasion of Iraq, and saw him again when he’d visited Afghanistan and I was commanding Special Operations Forces in the region. At times he appeared almost reflexively angry. But I came to feel that he had a strong fear of being B.S.’ed—and that was one way he tried to prevent it. He wanted unvarnished directness, and even if he disagreed, he would respect the person who delivered it.

Still, like many Americans, I wasn’t excited by McCain’s presidential run—it simply felt like the nation needed a change. But in the years since, my respect for him continued to grow. As we worked together to create service opportunities for young Americans, and I watched him adopt values-based stands on a variety of issues—even when I disagreed—his leadership and courage were inspiring.

I’d like to believe everything I should be is inside me. But over a lifetime in uniform I learned that I stand taller when the leader I follow, or those around me, reflect the kind of person I know I should be. I am best when those I follow make me better.

I think that’s true of a nation as well. We will miss John McCain.