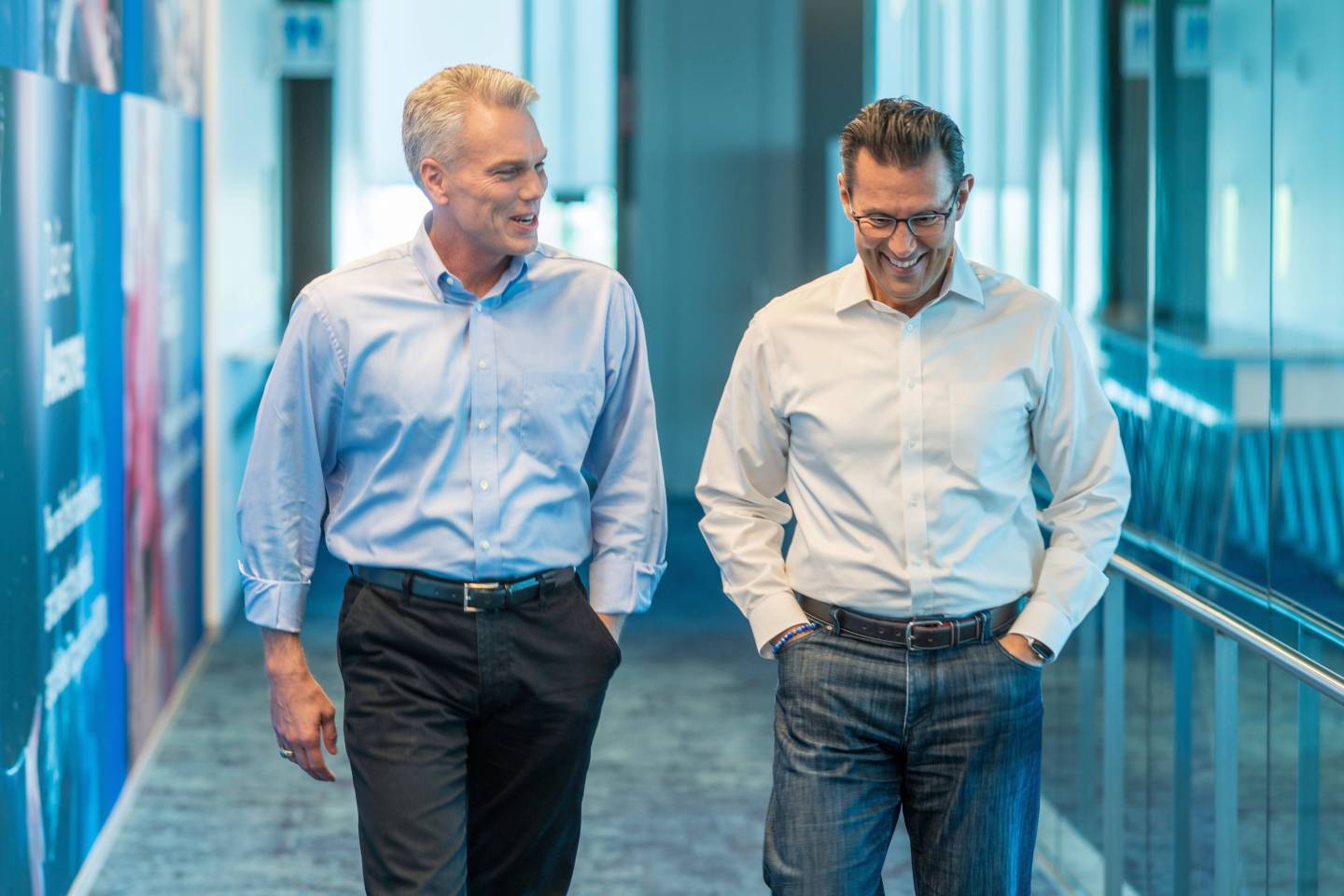 In a surprise move, one of Silicon Valley’s champion CEOs is stepping down.

After 11 years at the helm, Intuit chief Brad Smith will hand over the job to Executive V.P. Sasan Goodarzi on January 1 and will oversee the transition as executive chairman. “I never wanted to be that athlete who loses half a step or can’t complete the pass,” he told Fortune in an exclusive pre-announcement interview. “I wanted to step down when I was still in my learning zone and still had gas in the tank.”

The announcement, made at the market close Thursday, came as a shock because Smith is only 54 and Intuit, maker of TurboTax, QuickBooks, and related software, is performing exceptionally well. Even as the share price has recently hit record highs in a generally pricey market for tech stocks, Wall Street analysts have become more upbeat about its future. Six of them now rate the stock a “strong buy,” up from two in May; none recommend selling.

While Smith’s move is surprising, his successor’s identity is not. Goodarzi, 50, runs Intuit’s biggest unit, which targets small businesses and the self-employed with QuickBooks Online and other services; despite its large size, it was Intuit’s fastest-growing division last year. He previously ran Intuit’s other main unit, the consumer business that sells TurboTax, and excelled there also. Smith says, “Sasan is better prepared to be CEO than I was 11 years ago.”

Goodarzi will face formidable challenges, leaving aside the problems of following a star predecessor and taking the reins when many analysts think stock prices generally are unsustainably high. Intuit has transformed itself from a product company to a platform company that sells services in the cloud—a transformation that is Smith’s most important achievement—but “we still have a lot of work to do” on that project, he says. Such fundamental change is hard in any organization. And while Intuit dominates in the U.S. and has a presence in Canada, Australia, and the U.K., it’s virtually unheard of elsewhere; upstart competitors are already becoming entrenched in major global markets, threatening to cut Intuit out of tomorrow’s best growth opportunities.

It helps that Goodarzi, born in Tehran, brings a global perspective to the CEO’s job. His parents sent him to school in the U.S. at age 9. It was 1978, just months before the Iranian revolution and the takeover of the U.S. embassy by students who held 52 Americans hostage for over a year. “A lot of people thought I was the bad guy,” Goodarzi told me. “In prep school my grades were not so good. I got kicked out and went to public school. It was an amazingly tough childhood that shaped a lot of what I am today. It shaped me in terms of being a dreamer and also in appreciating diversity. I eventually got my act together and got my electrical engineering degree” from the University of Central Florida. He also holds an MBA from the Kellogg School of Management at Northwestern. After stints at Honeywell and Invensys, he joined Intuit 13 years ago.

Asked about the global market, Goodarzi notes first that Intuit has “a tremendous amount of headroom in the U.S. and the countries we’re in,” then adds that “ten years from now international growth will be a huge leg of opportunity for the company.” The challenge, Smith says, is that “we have to develop an ability to rinse and repeat”—to create a playbook that can be used in multiple countries.

The question most investors will want to ask Smith is, Why now? Why leave at an age when most CEOs are just getting the job and when the company is firing on all cylinders? And especially, why leave when he has delivered such knockout stock performance? Since he became CEO in January 2008, Intuit stock has risen 588%, obliterating the Nasdaq’s 230% rise and the S&P’s 107%.

Smith answers by citing three factors: The company is ready, having largely achieved its transition to a cloud-based platform business; a new CEO is ready; and he’s ready. A fitness fanatic, he doesn’t suggest that he’s tired. Just last year, he got feedback from his direct reports saying, “A normalized pace would be good. This guy is always on hyperkinetic energy.” He spent his last day before the announcement in Seattle, where he’s on the Nordstrom board, then flying back to speak at a Stanford University conference named after Bill Campbell, a legendary mentor to Silicon Valley entrepreneurs and a former Intuit CEO.

After Why now?, the inevitable question for Smith is What’s next? He mentions only his new role as executive chairman, plus his board service at Nordstrom and SurveyMonkey and his passion for improving public education “in the overlooked zip codes” like the area he came from in West Virginia.
A hint at a longer-term answer may come from his reply when I asked for the most important things he’d learned as CEO. Smith thought awhile and said, “You are capable of reinventing yourself, as a company or as a leader, while preserving the core of what you are.” Self-reinvention has been Intuit’s key competency since its 1983 founding. Some kind of reinvented Brad Smith is likely waiting in the not-distant future.