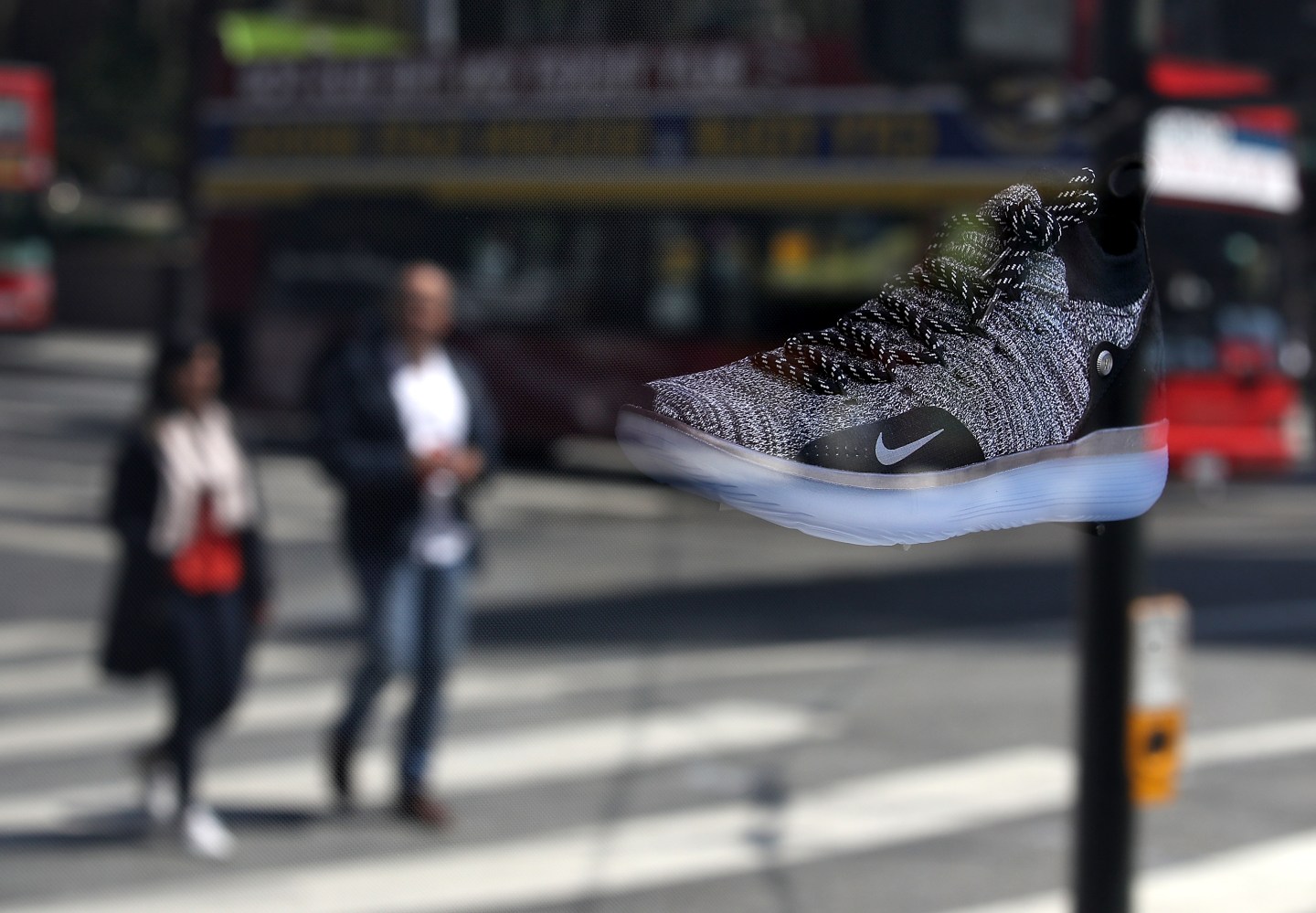 SAN FRANCISCO, CA - AUGUST 10: Pedestrians walk by a window display of Nike shoes at a Nike Store on August 10, 2018 in San Francisco, California. Former Nike employees Kelly Cahill and Sara Johnston have filed a gender discrimination lawsuit against the shoe and apparel company claiming that they were subjected to a hostile work culture and made less than male colleagues even though they had comparable work performance. (Photo by Justin Sullivan/Getty Images)
Justin Sullivan—Getty Images

Nike Inc. was sued for sexual discrimination by former female employees who say women were “devalued and demeaned” by the company, where they are passed over for promotions, paid less than their male counterparts and ignored when they complain.

“The ultimate arbiters of these policies or practices are a small group of high-level executives who are majority male,” the former employees say in the complaint.

Nike, based in Beaverton, Oregon, said the company “opposes discrimination of any type and has a long-standing commitment to diversity and inclusion.”

“We are committed to competitive pay and benefits for our employees,” the company said in a statement. “The vast majority of Nike employees live by our values of dignity and respect for others.”

Nike shares have gained 37 percent in the past year. The stock surged in late June, reaching a record high at the time, after North American sales rose for the first time in four quarters, signaling that Nike’s new products are catching on with U.S. shoppers. The company has been promising investors that slowing growth and revenue declines in its largest market were only a short-term trend.