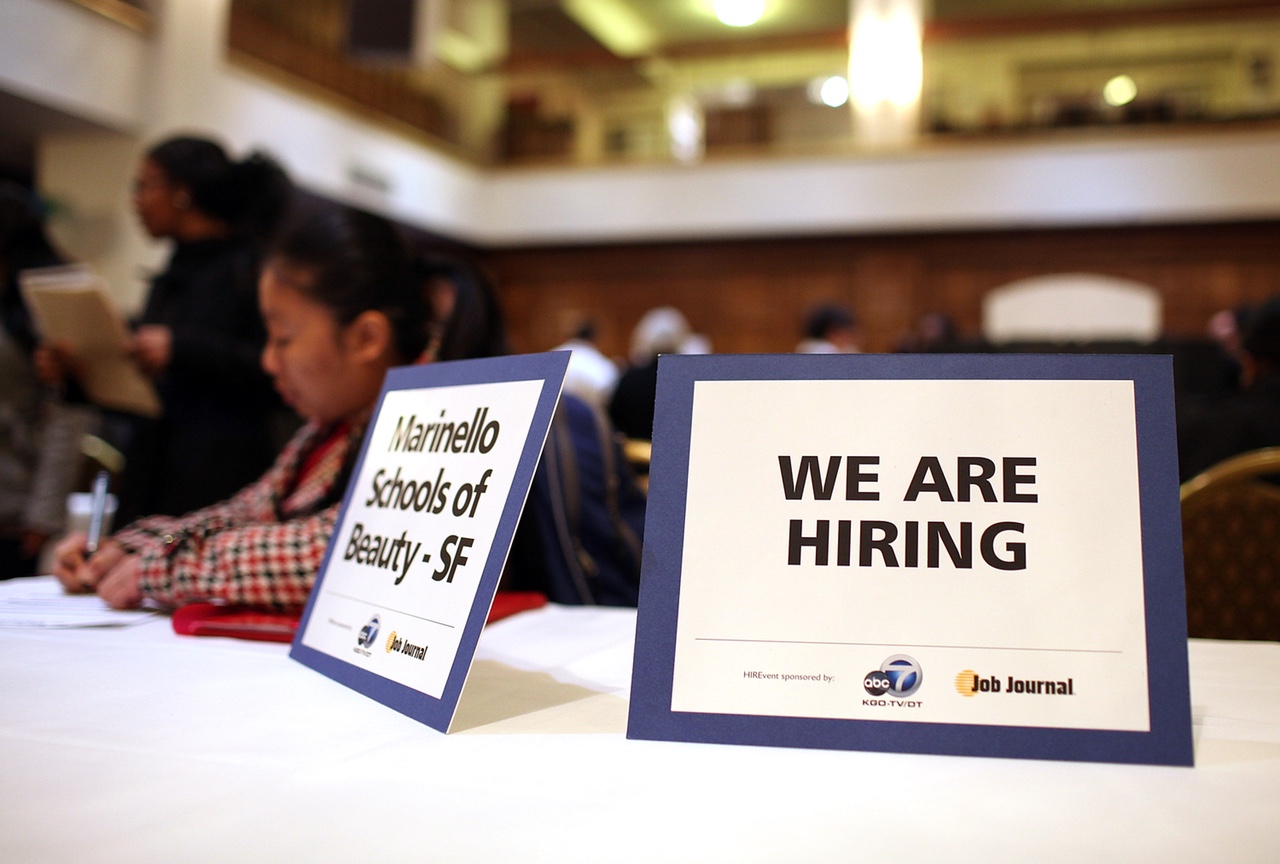 Payrolls rose 213,000 after an upwardly revised 244,000 advance, Labor Department figures showed Friday. The median estimate of analysts surveyed by Bloomberg called for a gain of 195,000 jobs. Average hourly earnings advanced 2.7 percent from a year earlier, while the jobless rate increased to 4 percent from 3.8 percent, the first rise in almost a year.

A steady pace of hiring and gradually rising wages, along with lower taxes, are helping underpin consumer spending and propelling a rebound in U.S. growth. While the sunny outlook led Federal Reserve officials last month to boost the number of interest-rate hikes they expect in 2018, an intensifying trade war threatens to sap economic momentum, and a shrinking pool of qualified workers may slow the pace of employment gains.

The rise in the jobless rate may ease any pressure on the Fed to raise interest rates at a faster pace. The rate is already below central bank estimates of levels sustainable in the long run, making it a potential source of upward pressure on wages and inflation.

Hanging over the labor market are President Donald Trump’s tariffs on goods from some of America’s largest trading partners, along with retaliatory charges. Levies on $34 billion in Chinese goods took effect at 12:01 a.m. Washington time on Friday. Economists say the effects could include companies freezing future investment and potentially additional hiring, which would eventually have a cooling effect on the jobs figures in coming months.

Revisions to prior reports added a total of 37,000 jobs to payrolls in the previous two months, according to the figures, resulting in a three-month average of 211,000. In general, monthly payroll gains of around 100,000 — or even a bit less — are sufficient to keep pushing down the unemployment rate, according to economists.

The details across industries showed continued strength in goods-producing jobs: Manufacturing added 36,000 to payrolls, the best month since December, including a 12,000 increase in the auto industry, the most since August. That’s consistent with other reports showing strength in factory activity.

Service providers boosted payrolls by 149,000, led by a 54,000 gain in education and health services, and 50,000 in professional and business services. The retail industry’s woes were also reflected in employment, as vendors cut 21,600 positions, the biggest drop since December. That followed a 25,100 gain in May.

Several measures showed that the labor market still has slack to absorb.

The participation rate remains a closely-watched measure for central bankers. While improving prospects for employment and wages are helping attract people from the sidelines of the job market, the retirements of older workers are among factors that have been exerting downward pressure on participation.

The employment-population ratio, another broad measure of labor- market health, was unchanged at 60.4 percent.

Despite a tight labor market, wage growth remains stuck in the 2 percent range, with the annual gain of 2.7 percent unchanged from May. Average hourly earnings rose 0.2 percent in June from the prior month, compared with the median estimate for a 0.3 percent rise and following a 0.3 percent gain.

A separate measure, average hourly earnings for production and non-supervisory workers, also increased 2.7 percent from a year earlier, unchanged from the prior month’s gain. The average work week for all private employees was unchanged at 34.5 hours.

The U-6 underemployment rate rose to 7.8 percent from 7.6 percent; the gauge includes part-time workers who’d prefer a full-time position and people who want a job but aren’t actively looking People working part-time for economic reasons fell by 205,000 to 4.74 million Private employment rose by 202,000 (median estimate 190,000) after increasing 239,000; government payrolls rose by 11,000, most since August