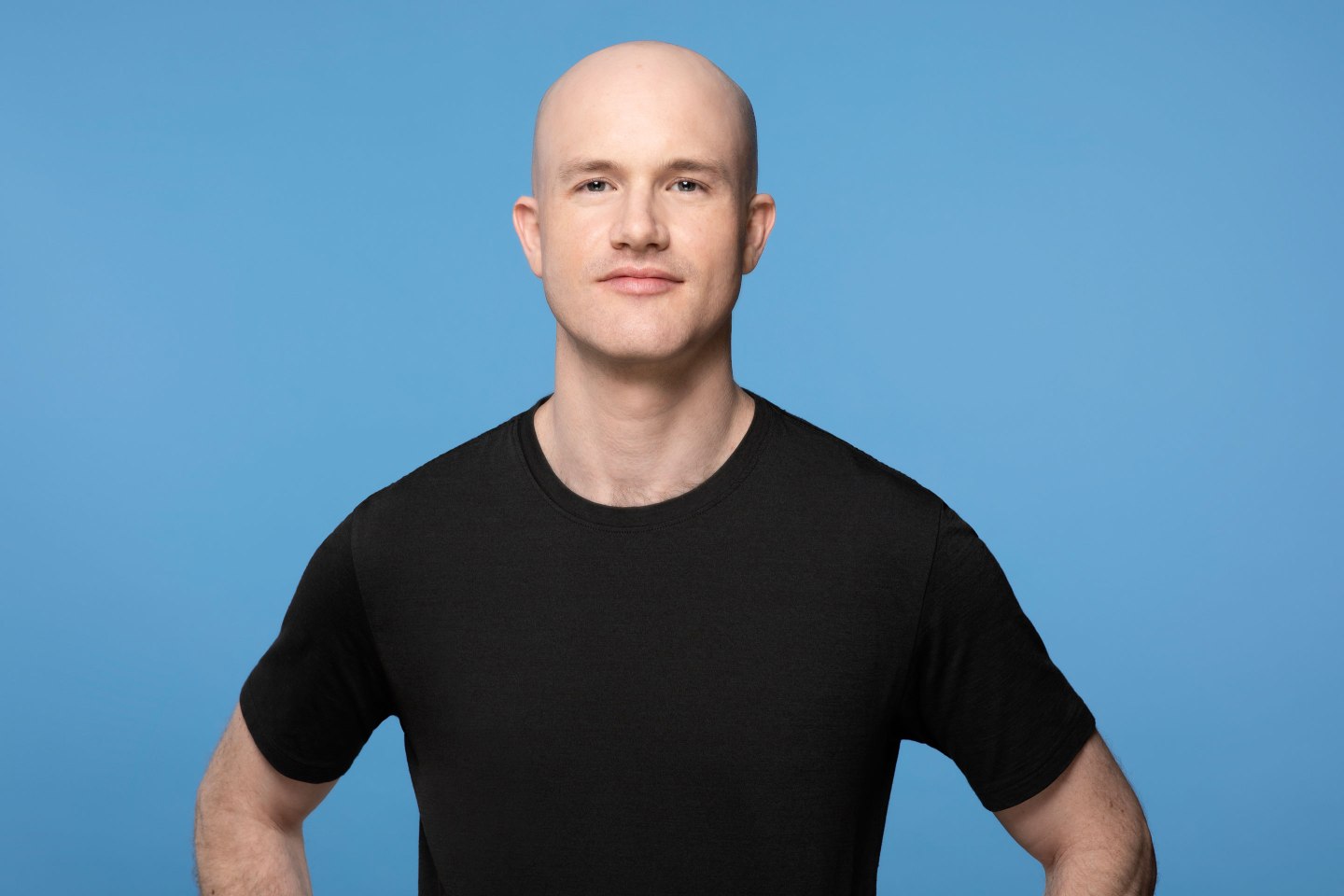 The best way to help people out of poverty is to give them money—including cryptocurrency. That’s the thinking behind GiveCrypto, a new global endeavor to distribute bitcoin and other digital currency directly to people in need.

Donors will give the crypto funds to needy recipients, who can then decide to keep the funds in cryptocurrency or exchange them for traditional money. The charity aspires to raise $10 million by the end of this year, and grow to a fund of $1 billion in the next two years.

GiveCrypto is the brainchild of Brian Armstrong, the CEO of digital currency service Coinbase, who is launching the project with a personal $1 million donation, and is encouraging anyone who’s amassed crypto wealth—including Bitcoin, Ethereum, XRP, and ZCash—to kick in too.

“I started thinking about this last year when I saw all this money people were making in crypto,” Armstrong told Fortune. “The goal is to target people in poverty and economic crisis.”

Armstrong points to a growing body of research that suggests direct cash transfers are an efficient way to end poverty, as opposed to programs in which a large portion of resources may be consumed by administrative overhead. He also believes cryptocurrency is an ideal vehicle for transfers because it costs almost nothing to move money, and gives people who lack banking a way to control wealth with just their phone.

While initial donations to GiveCrypto will be used in part for operational overhead, Armstrong says the organization in the future will be structured to let donors have 100 percent of their gift go to needy recipients.

This leaves, of course, the hard question of how to choose recipients when there over a billion people in the world living in dire poverty. Likewise, GiveCrytpo will have to ensure donations are not pilfered by local thugs or corrupt governments—a challenge that has long bedeviled traditional charities and aid programs.

“Distribution will be the hardest part,” Armstrong acknowledged, adding that his years of running Coinbase means he’s well familiar with fraud and people gaming the system.

GiveCrypto’s approach to preventing mismanagement involves taking small steps at first, including feasibility studies to figure out what works. Armstrong says there will be “lots of learning and testing” over several years.

The project will eventually rely on “crypto ambassadors” who will help identify people in need, and also assist them in learning how to use the digital wallets that store cryptocurrency. GiveCrypto already has an initial leader in the person of Rose Bloom, an anti-poverty advocate who co-founded HandUp.org, a platform for donating to poor people in the U.S.

Beyond “Bros in Lambos”

Armstrong’s initiative coincides with other major philanthropic initiatives tied to cryptocurrency. These include a $29 million gift by Ripple to fund thousands of classroom projects across the country, and a project known as the Pineapple Fund, which involves an anonymous Bitcoin billionaire giving away tens of millions to charitable causes.

Armstrong thinks all of these projects will encourage those who grew wealthy on the cryptocurrency boom to do more for others. He bemoans the popular image of “bros in Lambos”—vapid crypto millionaires who buy Lamborghinis for status—and believes it doesn’t reflect the thoughtful, broad-minded nature of many in the digital currency community.

Armstrong is also promoting GiveCrypto as an “agnostic” platform in the hopes it will transcend the tribal impulses of many cryptocurrency enthusiasts, who support certain currencies while reviling others. As such, the group is encouraging donations in the form of diverse currencies, including Bitcoin Cash and ZCash.

In addition to Armstrong, other prominent cryptocurrency figures have already made sizable donations, including a $1 million gift from Ripple co-founder Chris Larsen. Donors in the $100,000 and up category include venture capitalists Ron Conway and Fred Wilson, Ripple CEO Brad Garlinghouse and ZCash CEO Zooko Wilcox (full list here).

The push for donors will likely get a boost from the fact cryptocurrency donations are tax deductible, and many of the largest holders are sitting on sizable capital gains.

For Armstrong, another important aspect of GiveCrypto is that it aligns with the original vision of many early cryptocurrency enthusiasts. Namely, it has the potential to give people control over their own money without needing to rely on a bank or a government as an intermediary.

He’s also realistic that the project will encounter obstacles, but thinks it will succeed in the long term as a new form of philanthropy.

“Whenever you’re trying a new endeavor, unexpected things will happen. I like the idea that 99 percent of people are good. Unfortunately, people often spend a lot of time thinking about the one percent who aren’t. But you can’t let those one percent dominate your thinking.”