How Exos Is Designing High-Tech Fitness Programs for Couch Potatoes 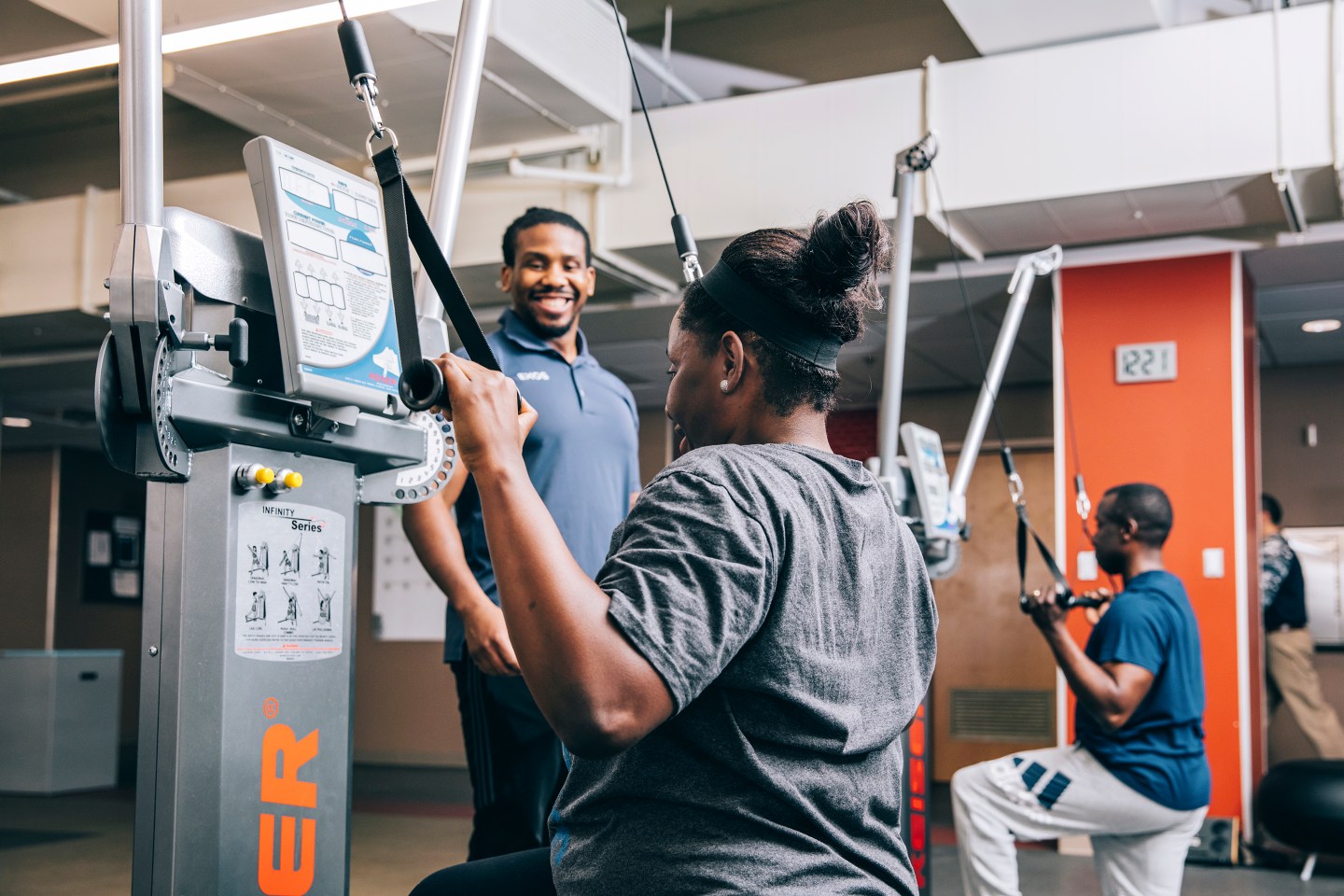 IMAGINE YOU’RE AT WORK, reaching to grab a stack of papers, when your shoulder suddenly seizes up in pain. Do you (a) pop an Advil while debating whether to visit your doctor? Or (b) go see your office’s on-site “wellness provider,” where you stand in a sensor-equipped machine that evaluates your movements, assesses the asymmetries and instabilities that could be causing the discomfort, and generates a regimen of quick, simple exercises to alleviate the pain?

Exos is betting you’ll prefer (b) and that your boss will too. The self-described “human performance” company got its start nearly two decades ago coaching elite athletes. Now, as a tight labor market prods companies to invest in health-related employee perks, Exos is expanding its footprint among white-collar types—and relying on sophisticated technology to broaden its reach in the $7 billion corporate wellness market, where the firm says it serves some 1.2 million workers.

Exos doesn’t aim at training only C-suite MAMILs (middle-aged men in latex) who want to kill it at an Ironman. It’s explicitly appealing to the rank and file, including those it euphemistically calls “non-movers.” The pain-analysis technology, known as 3D Movement Quotient (3DMQ), is a new feature (it debuted in May) and a key part of the campaign, because pain is a leading cause of lost productivity for athletes and couch potatoes alike. Another new Exos offering: a speedy cardio assessment that relies on VO2 max, a measure of oxygen consumption, to help create individually tailored exercise programs.

“This isn’t fitness, it isn’t wellness, it isn’t just disease prevention—it really is about an integrated mindset,” says president and founder Mark Verstegen.

Exos is hitting its stride just as corporate wellness makes a comeback. Enthusiasm for such programs cooled after efforts to prove that they reduced medical costs were inconclusive, and today many consist of little more than perks such as on-site weight-loss clinics and rebates at local gyms. Still, according to the Society for Human Resource Management, 59% of employers offer some form of wellness program, and 24% ramped up their offerings in 2017.

Instead of dwelling on cost reduction, Exos emphasizes the value of getting the most out of employees when they’re at work, while framing its services—from fitness coaching to preparing meals at company cafeterias—as perks that help retain staff. The company now serves 25 Fortune 100 companies and a range of hedge funds and venture capital firms, among many others. Health insurer Humana, a client since 2015 for which Exos manages 10 fitness centers, says the partnership has decreased absenteeism and become part of its strategy to keep top employees in the fold.

Revenues at the privately held Exos are on track to hit $200 million this year, the company says, after registering percentage growth in the mid-teens in recent years. That trajectory has attracted A-list dealmakers: In March, Madrone Capital Partners, the investing vehicle of members of Walmart’s founding family, and BDT—the firm run by Byron Trott, Warren Buffett’s investment banker—together took a majority stake. (The firms declined to specify the dollar value of the investment.)

Exos, based in Phoenix, was founded by Verstegen in 1999 as a company focusing on pro athletes. Early clients included soccer star Mia Hamm and NFL all-pro J.J. Watt; the company went on to serve elite military personnel, including Navy SEALs.

By 2010, Exos had begun pivoting toward the corporate world, guessing that top execs would see a greater need for its services. “The key is to create a culture of health, and you really need corporate leadership to support that,” says Harry Liu, a researcher at think tank Rand who studies workplace health programs. To contribute to such a culture, it turns out, Exos had to acknowledge just how few people truly do hard-core exercise. The typical wellness program might attract 10% of a company’s workforce, Exos says, but it can get participation up to around 40% by focusing on lifestyle choices, nutrition, and ergonomic movement rather than boot-camp intensity.

“What we’re riding is the dissatisfaction with reactive health care,” says Verstegen. And of course, “we’re riding the war for talent.”

A version of this article appears in the July 1, 2018 issue of Fortune with the headline “Hit The Gym, Gently.”