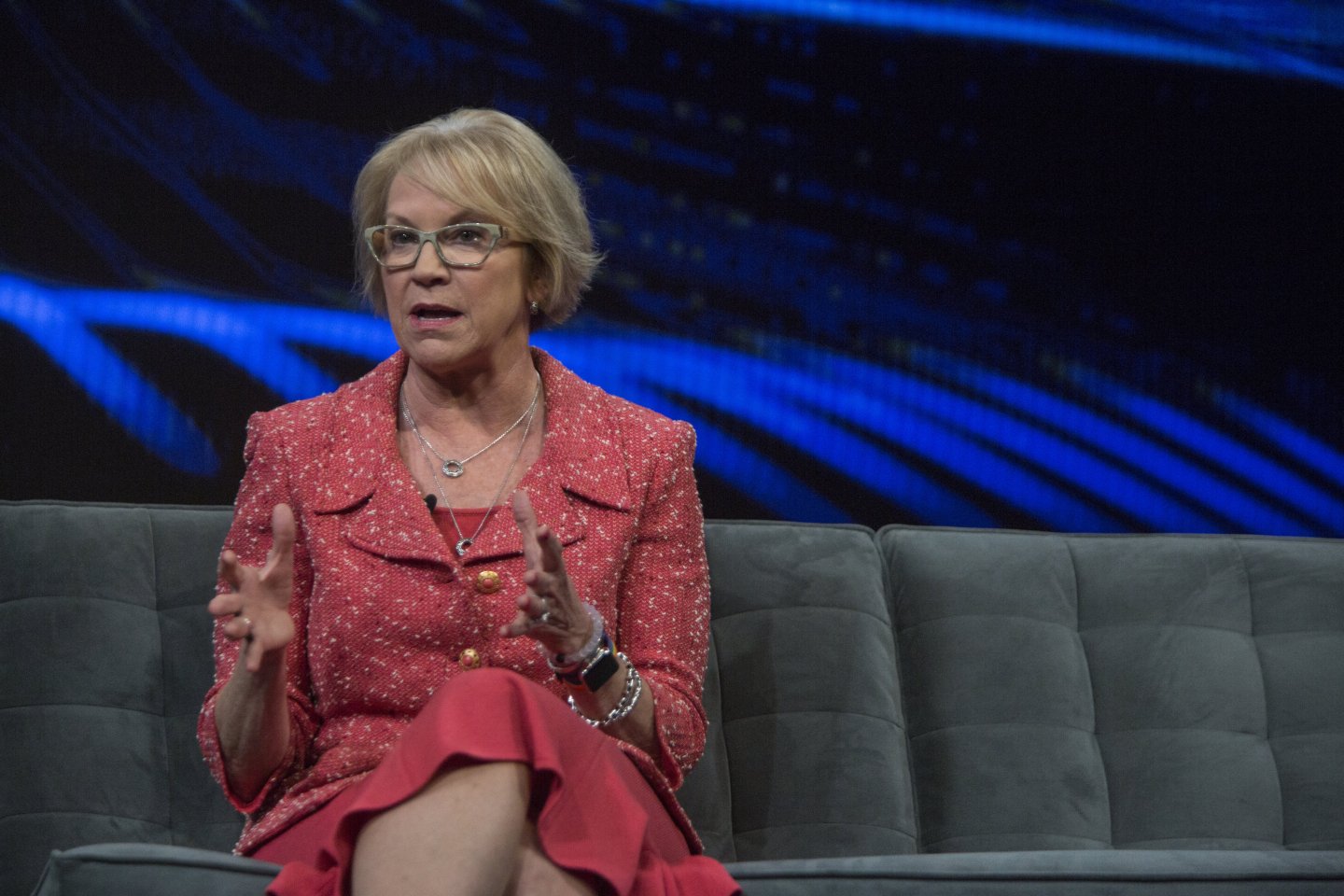 Bank of America, one of the world’s largest banks, also holds the most live patents in the blockchain space.

Even though banks such as Western Union say they have yet to see the cost and time-saving benefits blockchain technology is said to bring, Bank of Americais forging ahead in the space. Kind of.

The reason: The bank doesn’t want to be left behind.

“We’ve got under 50 patents in the blockchain/distributed ledger space,” said Bank of America’s chief technology officer, Catherine Bessant, during the CB Insights Future of Fintech even in New York on Wednesday. “While we’ve not found large-scale opportunities, we want to be ahead of it we want to be prepared.”

Banks and financial institutions have looked at blockchain, the technology underlying Bitcoin, as a potential way to speed up payments. The technology allows several parties to hold the same, constantly updating ledger of transactions—making it extremely difficult to alter.

Bank of America is currently the largest holder of blockchain-related patents among all companies, according to research from Marc Kaufman, an attorney co-chairing the Blockchain Intellectual Property Council at the U.S. Chamber of Digital Commerce. With about 45 live patents in hand (meaning they that are current and haven’t expired), Bank of America beats out even IBM.

The banking industry has, generally speaking, fallen behind in the Internet revolution. Peer-to-peer payments app Venmo first launched for mainstream users in 2012. Wall Street responded to the threat in 2017, by launching Zelle, a mobile app with a similar function.

And while information can be gathered almost instantaneously from the Internet, large money transfers through banks can take days.

Still, while the bank has filed an impressive number of patents related to blockchain, it doesn’t necessarily mean that each patent will result in a working product.

Bessant, meanwhile, drew a clear line between blockchain and cryptocurrencies. As a form of currency, says Bessant, Bitcoin and similar kinds of digital money are highly risky when it comes to processing such transactions because the identities of the sender and the receiver are hidden.