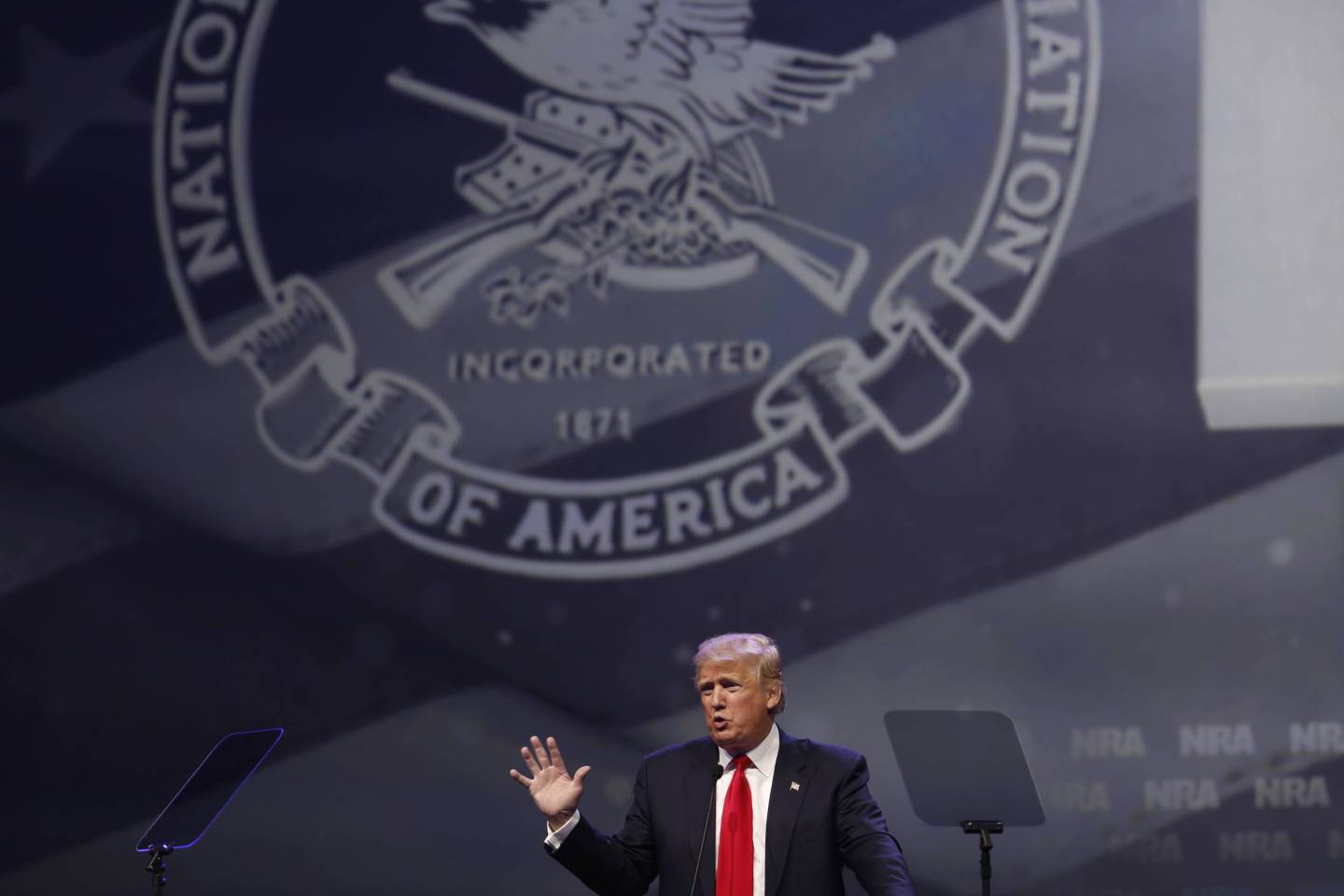 The National Rifle Association issued a seemingly bizarre warning about witchcraft and gun control on Twitter over the weekend.

In the tweet, the NRA asked: “Have you ever wondered what happens when witchcraft intersects with gun control? Witch spells are cast onto POTUS and the NRA.” The organization further pledged: “When fighting for freedom, the NRA doesn’t get involved in witchcraft. We prefer education, political activism, and grassroots.”

The phrasing of the tweet, which seemed to imply a real fear of witchcraft, has triggered a wave of mockery online. One critic of the anti-gun control organization asked: “Did you guys get hacked or are you legit this crazy?” Another observed that “the gun fetishists have started ranting about witches. This should end well.”

Have you ever wondered what happens when witchcraft intersects with gun control? Witch spells are cast onto POTUS and the NRA. When fighting for freedom, the NRA doesn't get involved with witchcraft. We prefer education, political activism, and grassroots. https://t.co/jIQqKBVFXO

But the message was more grounded in reality than it might have seemed. It linked to a report from the NRA’s Institute for Legislative Action about self-described witches conducting actual rituals in Washington, D.C. “Witch” is a term often used for adherents of present-day Paganism, a nature-worshiping practice which has been recognized by Federal agencies including the Department of Defense. According to the Pew Research Center on Religion and Public Life, Pagans make up 0.3% of the American population, or close to 1 million individuals.

The NRA’s report was based on a story from the Pagan website Wildhunt.org. According to that story, a group of eight witches conducted a “binding ritual” against President Trump last Februrary and later performed a similar ritual against the NRA, which was filmed for a forthcoming short documentary. The ritual, according to Wild Hunt, included an invocation with the lines “We curse you, merchants of mayhem, profiteers of pain, dealers of death, you who fatten on the blood of innocents and feast like demons on their corpses . . . May every mother’s cry be a bullet to your heart.” It also reportedly featured ritual objects including a five-dollar bill painted with “NRA” in red, intended to symbolize blood.

And the gun fetishists have started ranting about witches. This should end well.

Did you guys get hacked or are you legit this crazy?

The NRA’s response says that a Pagan ritual is a fair symbol for gun-control advocacy, which “is based mainly on magical thinking.” Critics, though, seem to have read the NRA’s tweet in light of the organization’s strong links to evangelical Christianity. Evangelicals themselves often express literal belief in witchcraft and magic, but regard them as the work of the Devil – as seen, for instance, in persistent evangelical calls to ban the Harry Potter book series. Some respondents to the original tweet seemed to be of this mindset.

The occult is real and dangerous.The scriptures say specifically do not practice this evil art. I ask our great lord to send a 100 legions of angels to protect our President,NRA,armed forces and LEO’s.

In the end, the NRA may be less anxious about real-world Pagan rituals, than eager to stoke the anxieties of a subset of gun-control advocates. That highlights a reality that’s scarier than any mystical invocation – the deep ideological and cultural divides in American life. The level of disagreement between conservatives and liberals on government’s role, and even on basic values, has been intensifying for years. Surveys have shown that divide deepening particularly sharply under President Trump.

It’s distressing but barely surprising, then, that two groups of Americans would regard one another’s political and religious beliefs as outright evil.