Trump on Marijuana: ‘I Probably Will’ Support End to Federal Ban 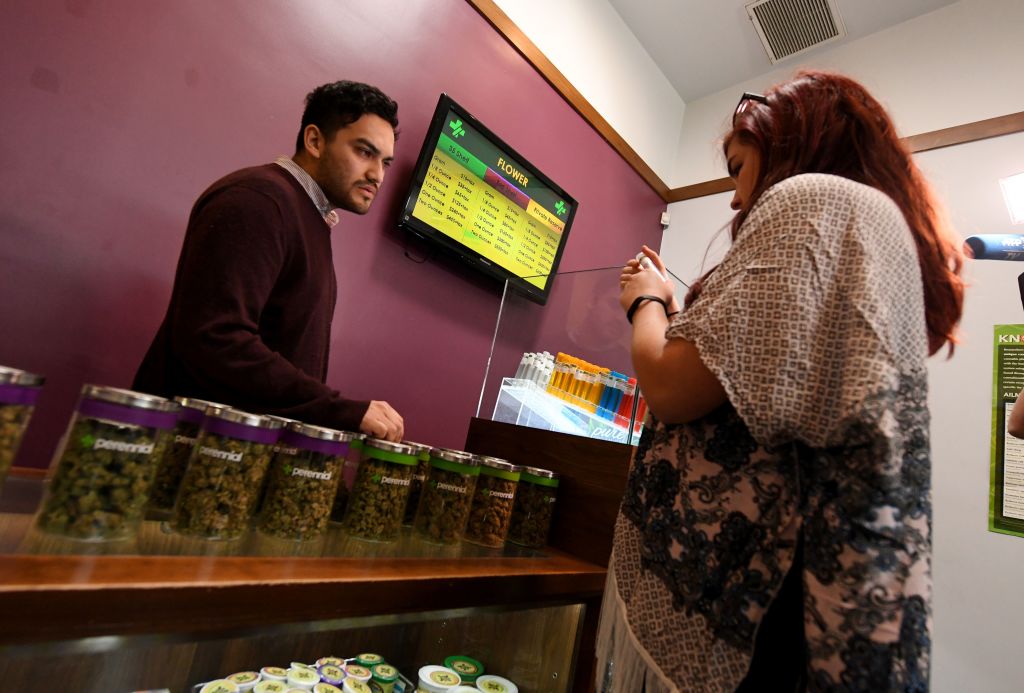 President Trump said he “probably will end up supporting” a bipartisan bill in Congress that aims to protect states that have legalized marijuana from a federal ban.

The bill, introduced Thursday by Sens. Cory Gardner (R-Colo.) and Elizabeth Warren (D-Mass.), would effectively end a federal ban on marijuana and shield states that have legalized its sale from prosecution by the Justice Department. Gardner has previously said Trump had promised he would support such legislation.

According to the Washington Post, Trump was asked as he left the White House Friday morning about Gardner and Warren’s bill. “I know exactly what he’s doing,” Trump said, referring to Gardner. “We’re looking at it. But I probably will end up supporting that.”

That would put Trump at odds with Attorney General Jeff Sessions, who in January rescinded an Obama-era policy that allowed states to legalize cannabis. Along with Washington, D.C., nine states made recreational marijuana legal — among them California, Colorado, and Oregon. Medical use of marijuana is legal in some form in 29 states.

For his part, Sessions told Colorado Public Radio that he was excluded from conversations between Trump and Gardner.

I was not a participant in the meetings he had at the White House, so I don’t know details of that except that it remains clear that the Cole memo has been withdrawn and the impact of that is essentially to make clear that we are not guaranteeing—and cannot guarantee—persons who use or distribute marijuana are protected from federal prosecution. I don’t think that’s appropriate for me to, in effect, violate or neuter federal marijuana laws.

Gardner, meanwhile, discussed those conversations in a news conference. “I have talked to the president about this bill,” he said. “In previous conversations he talked about the need to solve this conflict. He talked about his support for a states’ rights approach during the campaign. Not putting words in the mouth of the White House, but I think this will be an opportunity for us to fulfill what is that federalism approach.”

Correction, June 9, 2018: An earlier version of this article misstated the number of U.S. states that have legalized medical marijuana.