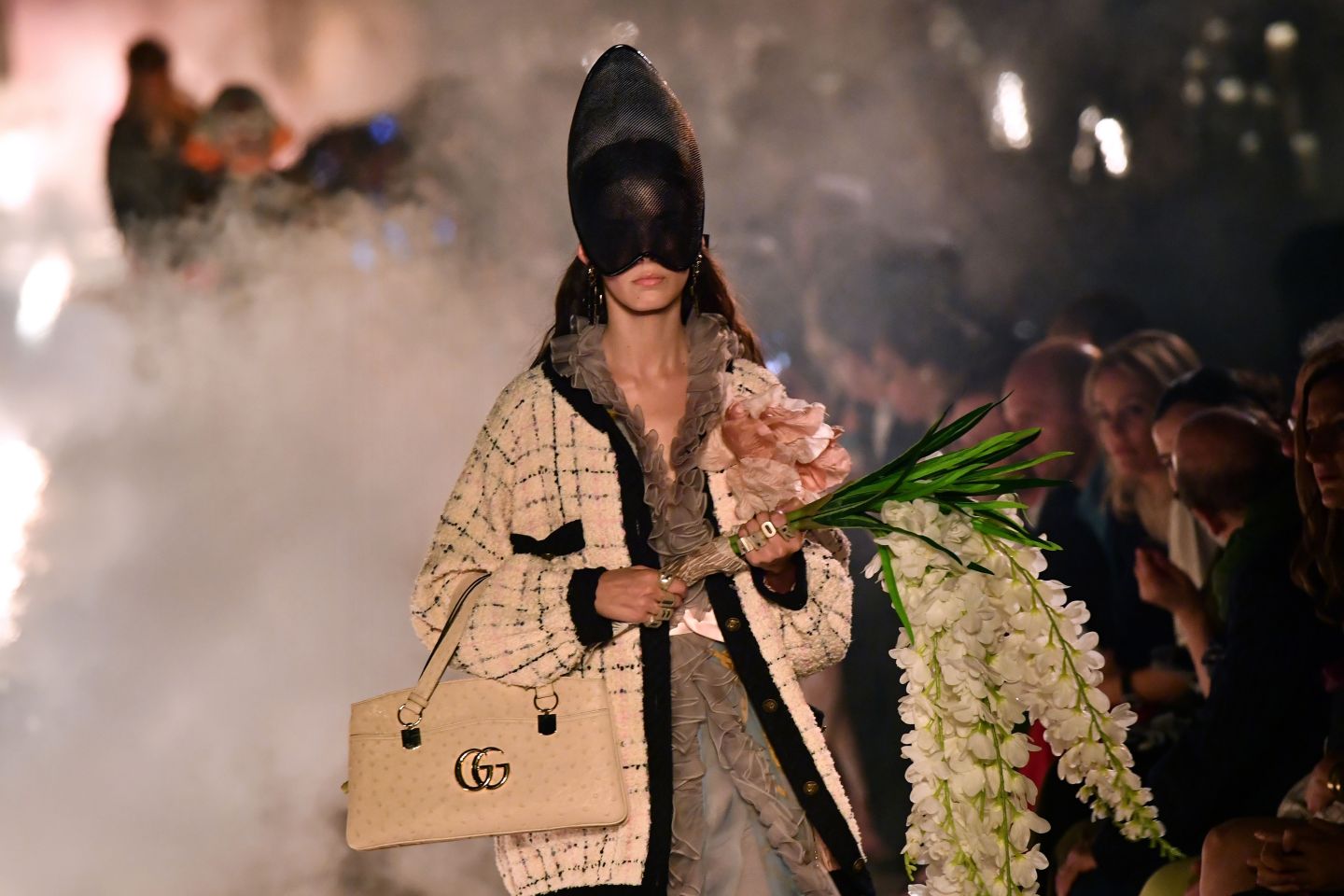 After surpassing Hermes, Gucci has Louis Vuitton in its sights.

The Italian fashion brand, owned by Kering SA of France, aims to lift revenue to 10 billion euros ($12 billion) from last year’s 6.2 billion euros, according to an investor presentation on Thursday. That would rival LVMH’s Louis Vuitton, long the biggest and most profitable name in luxury.

“We are in the same league,” Chief Executive Officer Marco Bizzarri said. “Sooner or later, if you look at the different pace of growth, and I think our growth is going to be better, it’s not a question of if, but when.”

Bizzarri was speaking at a new factory on the outskirts of Florence, Italy, that Gucci is counting on to boost in-house production and bring goods to market more quickly. The site is expected to house 800 employees.

Bizzarri said Gucci has seen no sign of a slowdown in the second quarter, after comparable sales rose 49 percent in the first three months. Despite surging demand for Michele’s designs, however, sales of Gucci fragrance and beauty items were “far below market,” he said.

Kering shares, which have risen about 35 percent this year, closed down 4.1 percent in Paris.

Gucci expects to sell goods with a total retail value of 9 billion euros this year, up from 7 billion to 7.5 billion euros in 2017, Bizzarri said.

Luxury labels are riding a wave of demand led by China, where sales are surging after a multiyear slump caused by a crackdown on bribes that often involved exchanging high-end items for government favors. Gucci has been the industry’s top performer since the appointment of Michele as creative director three years ago. The current upswing follows a boom-and-bust cycle for the Italian brand, whose fortunes had slumped after the departure of designer Tom Ford in 2004.

Gucci has been playing up its Florentine heritage this year, opening a shop, restaurant and museum complex that shows Michele’s funkiest flower-coated creations next to their 1970s inspirations dug from Gucci’s archive. The brand’s ambition is to become “a definitive 21st century statement of contemporary coolness,” Michele said.

While not giving a time frame, Gucci said it aims to widen its operating margin to at least 40 percent after reaching 34 percent last year. The new target would be nipping at the heels of Louis Vuitton, whose margin is estimated at being the highest in luxury.

To achieve the new goals, Gucci plans to increase retail space about 3 percent a year and triple online sales, which reached 270 million euros last year. It’s also concentrating on renovating its stores, only a third of which have been converted to a new concept inspired by Michele’s aesthetic.

While Gucci has had its ups and downs, in contrast to Louis Vuitton’s steadier performance, this time around the Italian brand aims to maintain its momentum, with Bizzarri describing its popularity as more than a “fashion moment.”

“Alessandro created a new demand, a new aesthetic,” the CEO said. “It’s a new styling lexicon and it’s something that’s going to last.”