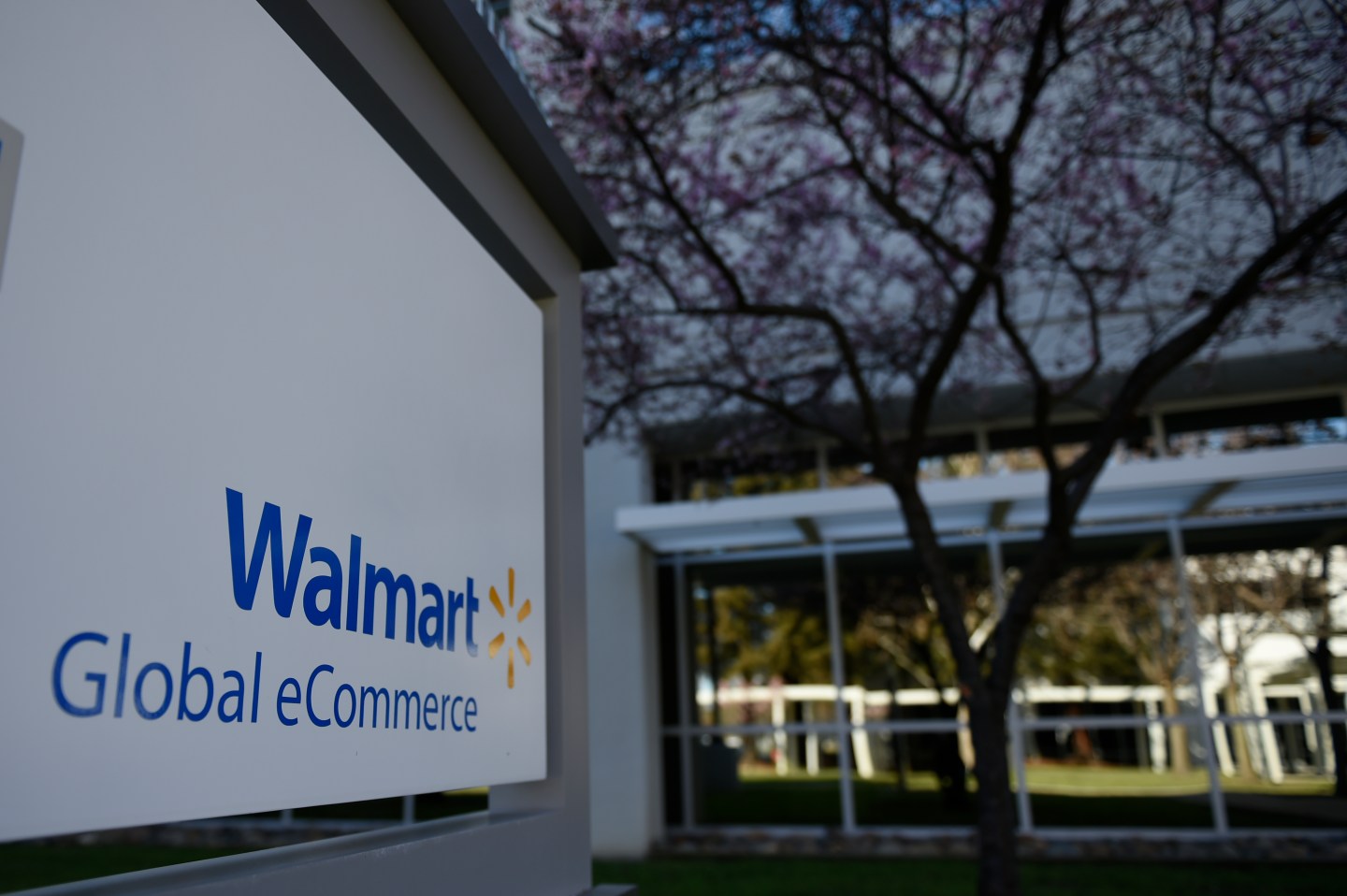 The largest private employer in the United States is joining a growing movement to get more women back into the workforce.

Walmart Labs, the tech division of the retail giant, has signed onto Path Forward, a nonprofit that facilitates programs to aid caregivers—mainly moms—in returning to professional work after taking time off to look after children, a parent, or another loved one.

Starting in September, as Walmart gears up for its holiday crunch, its Labs unit will offer three-month internships or “returnships” in software engineering and product management roles to candidates looking to restart their careers after caregiving breaks. Bobbie Grafeld, vice president of people for Walmart Labs, says it’s shooting to hire between 20 and 30 individuals. The first returnship roles will be based in Walmart Labs’ San Bruno and Sunnyvale offices in California, but Grafeld says this first cohort will be brought in with an eye toward rolling the program out at a larger scale across Walmart.

In signing on to the Path Forward program, Walmart Labs wants to tap into an “overlooked talent pool,” says Grafeld. “[These] people have strong skills sets” and made “a personal choice to exit the workforce,” she says. “How can we—as the world’s largest employer—help them ease back into it?”

Path Forward caters to men and women with at least five years of professional experience who’ve taken a career pause for at least two years of caregiving. For participating companies, Path Forward helps create returnship programs that companies run themselves. Firms in the Path Forward network—Apple, Oracle, and Intuit are other recent additions—pay the nonprofit an administrative fee in exchange for promotional services and training on how to get their returnships off the ground. The available internships at Walmart Labs will be posted on Path Forward’s website, as well as Walmart’s, but the retailer will handle all the candidate vetting.

Women Failing to Return to Work

Path Forward, based in New York, launched in March 2016 after a spin-off from data provider Return Path, where it started as an in-house initiative. Just over two years in, Path Forward works with 35 companies in four cities—San Francisco, Los Angeles, New York, and Denver. The corporate programs give full-time caregivers a professional foot in the door that’s much needed. Research suggests that one in four highly qualified women who’ve paused their careers for caregiving duties fail to return to work even though they want to.

Grafeld says returnships give both sides—the employer and the intern—a chance to assess whether the arrangement is a good fit in terms of culture and skill set. If a Walmart Labs “returnee” ticks those boxes, the company may extend full-time job offers at the program’s end, Grafeld says.

Some 180 individuals have taken part in a returnship through Path Forward or are currently completing one. Of those who’ve finished the program, 81% have landed ongoing employment.

A New Weapon in the ‘Talent War’

“As people know, there really is a war on talent in Silicon Valley,” Grafeld says. In that sense, returnships are another weapon in Walmart’s recruiting arsenal. But there’s a diversity angle, too. Path Forward returnships are open to men and women, but women have made up the majority of participants so far. A lack of gender diversity, “is a problem that companies like to admire,” says Grafeld. They “talk about it and talk about it without moving the needle,” she says. “We want to try an approach we haven’t done before.”

Walmart Labs has over 5,000 employees; the company would not disclose what percentage of the unit’s workers are female. In the U.S., women make up 55% of Walmart’s store associates, 43% of its managers, and 30% of its officers, according to its 2017 diversity and inclusion report.

For Grafeld, there’s another layer to the matter of returning to work after a stay-at-home stint. Nine years ago, she returned to work after taking six years off to care for her two daughters. She wound up in a job as an executive assistant to the head of human resources at PayPal—a role she felt overqualified for but obligated to take.

“I felt like it was my only option to get back into the workplace,” she says, adding that her mentors at PayPal pulled her up the ladder, helping her land where she is today.

Interestingly enough, PayPal was an early Path Forward adopter; that’s how Grafeld heard about the program.

“It was a visceral reaction: ‘We’re going to do this, let’s figure out how,'” she says. “It felt very personal; I know what it’s like.”