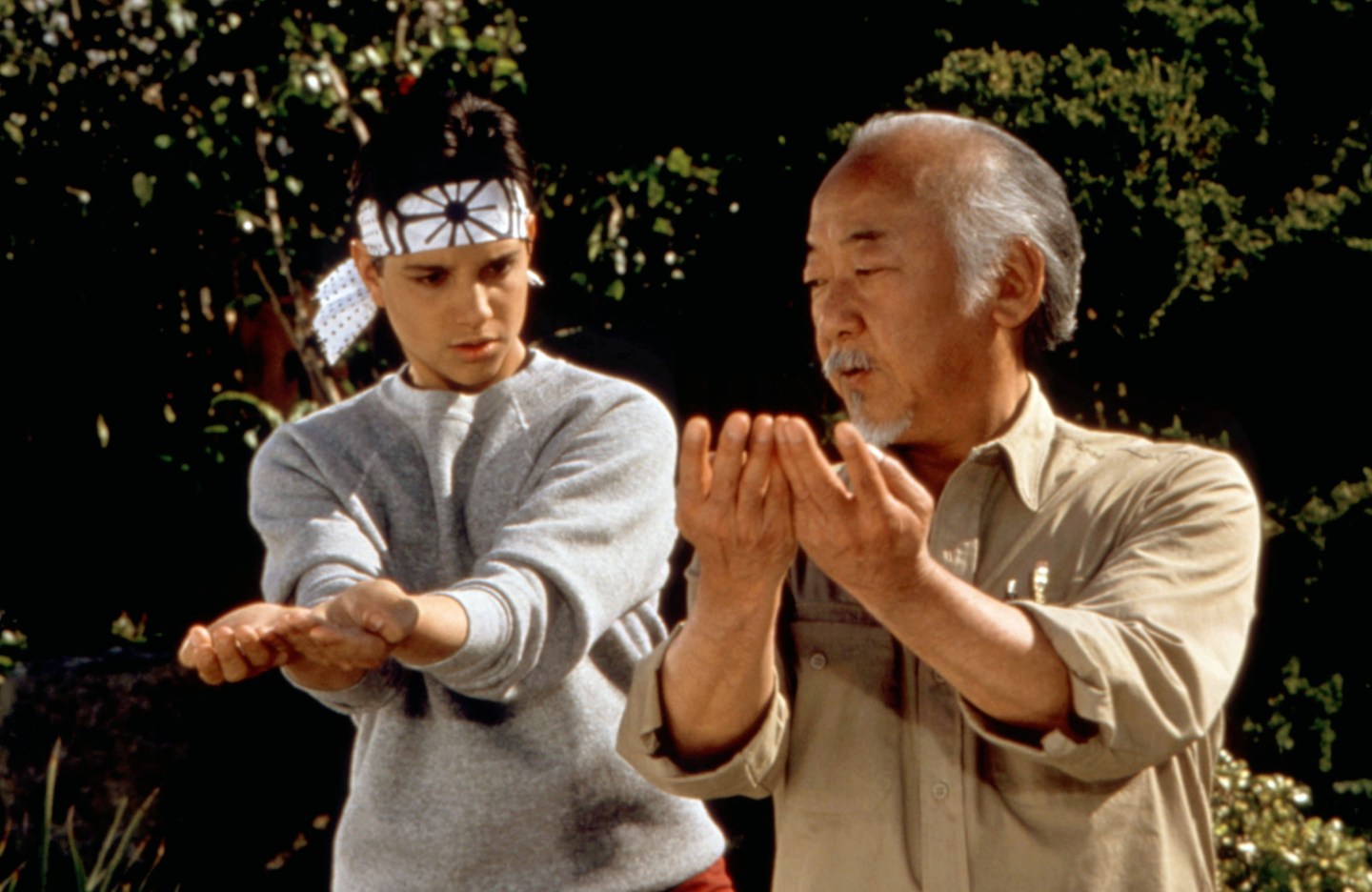 It may not have been reflected in The Karate Kid films, but Mr. Miyagi built an empire.

Thirty three years after the film debuted in theaters, The Karate Kid still has a pop culture grasp on audiences that most science fiction series would envy. And with the launch today of Cobra Kai on YouTube Red, that fascination with Danny LaRusso and Johnny Lawrence is showing no sign of abating.

The series is getting critical raves and could help the Google unit boost paid memberships for YouTube Red, something the company has so far struggled with, due to competition from Netflix, Spotify, and Hulu, as well as viewers who are used to thinking of YouTube as a free service.

Cobra Kai is just the latest pop culture revival of The Karate Kid, though. Stars Ralph Macchio and Pat Morita appeared in two sequels in 1986 and 1989. But the public wasn’t ready to let go. Here’s a few other places its impact has been felt.

Hillary Swank is known for her Academy Award-winning performance in Clint Eastwood’s 2004 sports drama film Million Dollar Baby these days, but her breakthrough role was in the 1994 revamp of the series The Next Karate Kid. Morita returned to the series, but Macchio passed.

In 2010, Jackie Chan and Jaden Smith starred in a remake of The Karate Kid, but audiences made it clear they preferred the original stars.

The story line for Cobra Kai sees Johnny Lawrence (William Zabka) still seeking redemption after his loss at the All Valley Karate Tournament. He reopens the Cobra Kai dojo and inevitably comes into conflict with Danny, who has become successful, but is struggling with the loss of Mr. Miyagi (actor Pat Morita, who died in 2005). That sure seems to owe a debt of gratitude to the 2007 music video “Sweep the Leg” from No More Kings, which focused on a Johnny who could never get over his loss.

In 2015, toy company Funko sniffed the nostalgia revival of The Karate Kid brewing and put out a series of action figures based on the film. Collectors can find two versions of Danny, and one each of Johnny and Mr. Miyagi.

NBC tried airing an animated The Karate Kid series in 1989, but it never really took off.

But in 2013, Zabka had a cameo, then an extended run on How I Met Your Mother as himself. (The character Barney (played by Neil Patrick Harris) always considered Zabka to be the true hero of The Karate Kid.)

That cameo, debatably, stoked the nostalgia coals of a wide audience, which made Cobra Kai possible.