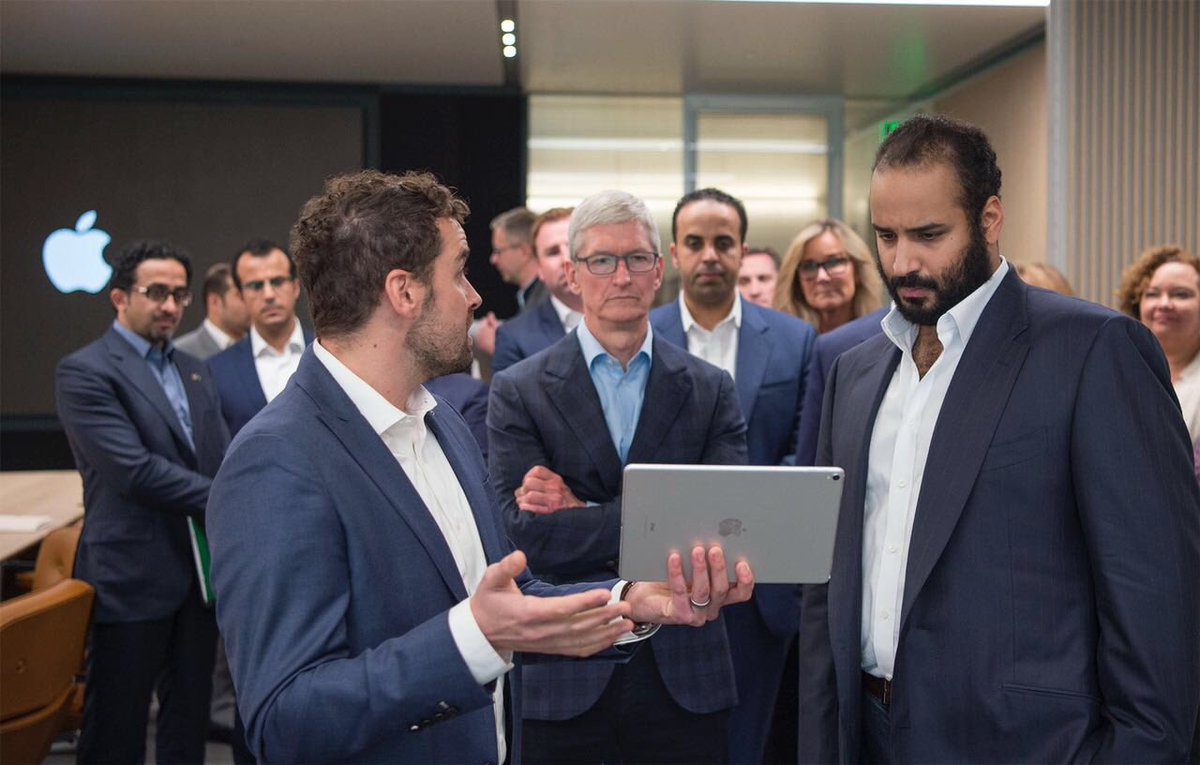 Saudi Crown Prince Mohammed bin Salman was in Silicon Valley this week, where he met with an array of executives including Apple CEO Tim Cook, Alphabet Co-Founder Sergey Brin, and Google CEO Sundar Pichai. According the Saudi embassy, the meetings explored potential cooperation between American tech companies and Saudi Arabia.

Bin Salman also met with Magic Leap CEO Rony Abovitz and got a demo of the company’s augmented reality headset, according to CNBC.

The crown prince’s extensive U.S. tour, which began in late March and has now drawn to a close, is part of a broad effort to polish the U.S. image of the Saudis, and of bin Salman individually. The prince, next in line for the Saudi throne, has been vocal about his interest in growing the tech economy in his country, and has instituted social reforms including allowing women to drive and public film screenings. Those upbeat talking points have been pushed hard to the American public, including in a glossy full-length magazine published by an ally of President Donald Trump and distributed to U.S. big-box stores.

HRH Crown Prince Mohammed Bin Salman visited the headquarters of @apple with CEO @tim_cook where he explored potential areas for partnerships and cooperation in the areas of tech, education, research and training. #CrownPrinceInSF pic.twitter.com/13lB8fSTjn

But the prince and his country have also come under scrutiny for more troubling initiatives.

In November, bin Salman spearheaded the arrest of more than 200 Saudi officials and businessmen, including billionaire entrepreneur Alaweed bin Talal, who were detained in the Riyadh Ritz-Carlton. The arrests were described by authorities as a corruption crackdown, but allegations have surfaced that detainees were abused and forced to pay large penalties in an opaque, extrajudicial process that smacked of extortion. Seventeen detainees were reportedly hospitalized and one, Major General Ali al-Qahtani, died in detention. Bin Talal, for his part, has insisted since his release that he was not mistreated, and Saudi representatives have denied all allegations of abuse.

Earlier in the week, protesters gathered outside the prince’s hotel in Palo Alto to protest Saudi involvment in Yemen. Since 2015, the Saudis have played a major role in escalating violence there, leading a bombing campaign against Houthi rebels in what is partly a proxy conflict between the Saudis and Iran. The Trump administration recently approved $12.5 billion in weapons sales to the Saudis, though a United Nations panel recently claimed that all parties in the conflict had harmed civilians “disproportionally.”