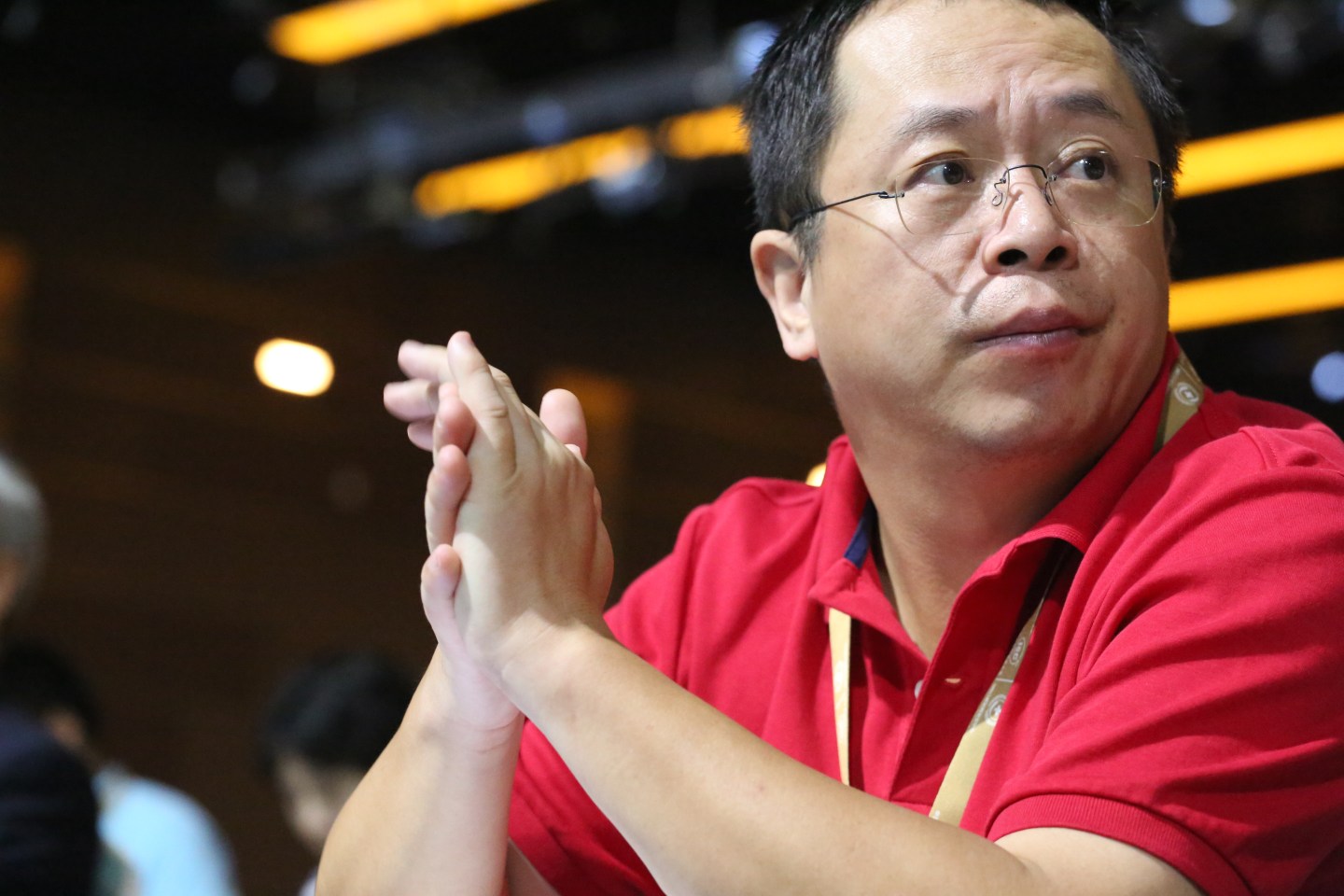 BEIJING, CHINA - SEPTEMBER 12: Chairman and CEO of Qihoo 360 Zhou Hongyi attends China Internet Security Conference 2017 (ISC) at China National Convention Centre on September 12, 2017 in Beijing, China. Cybersecurity experts from leading think tanks and security vendors around the world are invited to attend the China Internet Security Conference 2017 (ISC) , which is themed on "Of All Things, Human Is The Measure". (Photo by VCG/VCG via Getty Images)
VCG/VCG via Getty Images

Why be content with almost $2 billion when your net worth can be multiples more simply by moving your company from one stock exchange to another?

Zhou Hongyi did just that, relocating his online security firm to China and merging it into a shell company, which soared as much as 550% since he announced the plan in November. Qihoo 360 Technology Co. delisted from the New York Stock Exchange in July 2016 and began trading Wednesday in Shanghai as 360 Security Technology Inc. The move boosted Zhou’s net worth to $13.6 billion, making him China’s 12th-richest person, according to the Bloomberg Billionaires Index.

Zhou, 47, told reporters in November that aligning himself with China’s national interest was among the reasons he moved the listing to his homeland, where the Communist Party has been tightening the country’s “cybersecurity sovereignty.”

The first day back was rocky. The shares swung between gains and losses on Wednesday — opening 3.8% higher before declining 10% as of the close in Shanghai. The benchmark Shanghai Composite Index dropped 1%.

Still, China’s richer tech valuations may have been a draw, said Sun Mengqi, an analyst at BOCOM International Holdings Co. “There could be a substantial valuation gap between the U.S. and China.”

Zhou owns a 23% stake in 360 Security, directly and through holding companies Tianjin Qixin Zhicheng Technology Ltd. and Tianjin Zhongxin Investment LP, according to an acquisition proposal last month. Yue Jing, a company spokeswoman, declined to comment on Zhou’s net worth.

The firm posted 2016 revenue of 9.9 billion yuan ($1.6 billion), up from 9.4 billion yuan a year earlier. Most of its sales come from online ads, many which are pushed to users of its antivirus products.

Zhou isn’t the first tech mogul to take the back door to China. Billionaire Jason Jiang’s Focus Media went private in a $3.7 billion buyout in 2013 after coming under pressure from short-seller Carson Block, relisting two years later in Shenzhen. The company’s market value has swelled to $29 billion since then.

Zhou did a stint as the head of Yahoo China in the 2000s after selling a search engine startup to the U.S. firm and, in 2006, co-founded Qihoo 360 with fellow billionaire Qi Xiangdong.