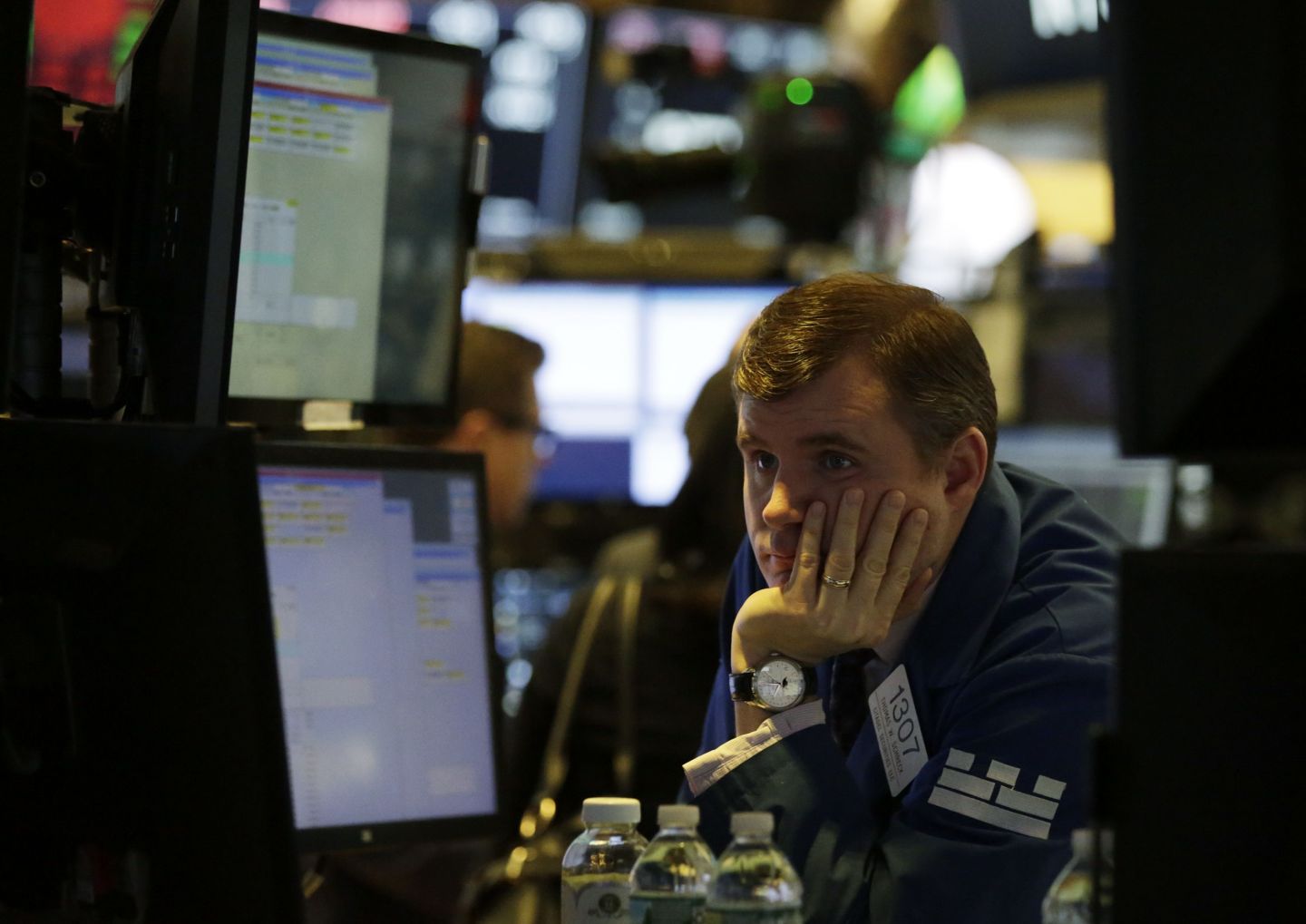 Jamie Evans jokes that he might have a gambling problem.

When stocks slid Monday with little discernible cause, the 37-year-old used a product mirroring the VIX volatility index to bet markets would return to their recent calm. They didn’t. Instead, they went into freefall and Evans faces the loss of his entire $1,500 wager. Credit Suisse Group AG, the issuer of his exchange-traded note, is shutting down the fund after it dropped more than 90 percent.

“I think I’m smarter than other people,” said Evans, who works in the entertainment industry in Los Angeles. “And then I get these realizations every now and then that ‘No, you don’t know what you’re talking about and you should probably just do what everybody else does.’”

Whether junk bonds in the 1980s, dot-coms in the ’90s, subprime-mortgage bonds in the ’00s or volatility plays now, Wall Street never tires of selling small-time investors on the next big thing. No matter how many times money managers and investment funds warn folks about the risks of arcane financial-derivative products like the one Evans bet on, called the XIV, the prospect of making a quick buck lures them back. Together with savvier investors, they’ve put almost $6 billion into exchange-traded products tied to the VIX, with more than 65 percent of that cash flowing into funds or notes that bet against price fluctuations. The exchange-traded notes, or ETNs, have become some of the most hyped investments available.

The availability of such products to individual investors is part of a trend that has given people more control over their finances and retirement. It has also exposed more of them to getting ripped off, said Tyler Gellasch, executive director of Healthy Markets Association, a Washington-based investor-advocacy group.

“We don’t want to deny ordinary Americans the ability to trade in ways that can help them,” Gellasch said. “At the same time, these things are very complicated, they can really blow up.”

The VelocityShares Daily Inverse VIX Short-Term ETN, or XIV, that Evans bought makes money when markets are calm and loses money on days like Monday. These types of products are especially risky for the uninformed because they must frequently renew their futures contracts at a cost that adds up for investors if the fund is held for more than a day or two.

“I know people who tried to do this themselves and didn’t know it was a daily product and they bought it and stayed in it,” said Maura Griffin, chief executive officer of Blue Spark Financial, a New York-based wealth manager. “It’s not using your intellect to determine whether something has value or not. It’s just betting on your intuition.”

It’s not that the regulators haven’t tried, in their own mild way, to crack down on sales to naive or unknowing investors. Wells Fargo & Co. got a slap on the wrist in October for oversight failures that enabled “unsuitable recommendations” on volatility funds more than five years ago. At least four individuals have been called out for similar failures on VIX products over the past two years, including for lapses that happened years earlier, the Financial Industry Regulatory Authority website shows.

Moms and pops have direct access to the products via platforms run by companies such as E*Trade, which on Tuesday said it would no longer allow investors to bet on volatility exchange-traded funds with borrowed money. Wannabe investors typically must acknowledge the risk of the products before they buy. But that’s usually a mere ticking of a box on a web page.

Still, the Securities and Exchange Commission “doesn’t really ever look at whether an ETF is a ‘good idea’ or ‘risky’ for investors, but rather focuses on the mechanics of how it operates and the accuracy of its disclosures,” Gellasch said. “The agency doesn’t generally pass judgment on the risks or wisdom of a product. An accurately described time bomb for an investor could be approved.”

Seth Golden, a former logistics manager at a Target store, has become a guru of sorts for VIX bettors through his YouTube channel.

“Unfortunately, people get wrapped up when they see markets react so quickly and they get used to the buy-the-dip mentality,” Golden said in an interview from his home in Florida. “You get caught in a manner that doesn’t help you.”

The stock market’s recent run of serenity may have fooled investors into thinking the waters would stay calm forever. The market has been unaffected, so far, by turmoil in Washington. For instance, the average volatility rate for 2017 was lower than every single trading day from Dec. 22, 1995, to June 20, 2005. The VIX finished below a rating of 10 — super quiet! — on only nine days before May 2017 and 68 days since.

The current version of the Cboe Volatility Index, a gauge of expected price swings for the S&P 500 Index, was created 15 years ago and is sometimes referred to as the barometer of fear. Initially, it wasn’t intended to be an investment product itself, just a measure of what’s happening in the market.

“In my wildest imagination I don’t know why these products exist,” said Devesh Shah, who helped create the index when he was still in his 20s.

That’s cold comfort for Jamie Evans, who had to tell his wife he’d lost a chunk of their retirement savings on an XIV wager.

“I actually appreciate it that Vanguard allowed me to buy it,” he said. “They gave me a warning along the lines of ‘You’ve got to be really stupid to buy this thing.’ I knew it was a gamble. The way it works on the back end is just way over my head and I shouldn’t have gotten into it.”