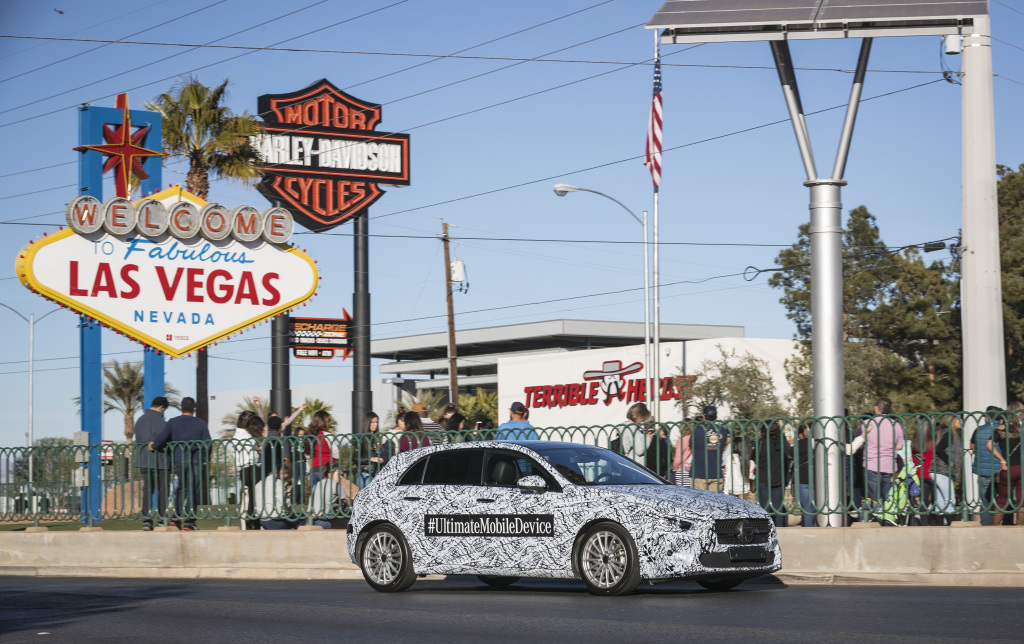 Daimler has taken a 10% stake in what3words, a startup whose novel global addressing system will be integrated in Mercedes-Benz’s new vehicles, beginning with the A-Class this spring.

The car maker announced back in September that it was adopting the addressing system created by what3words, which has divided the entire world into 57 trillion 3-by-3 meter squares and assigned a three-word address to each one.

But until this week at the annual tech trade show CES, it wasn’t clear what that might look like.

The addressing system will be embedded in Mercedes’ new infotainment and navigation system—called the Mercedes-Benz User Experience or MBUX—which the automaker unveiled this week at CES. MBUX will debut on the new Mercedes A-Class, a hatchback that will go on sale outside the U.S. in the spring. A sedan variant of the A-Class will come to the U.S. market in late 2018.

MBUX is replacing the automaker’s current infotainment system, Comand, which has been criticized for its lack of connectivity and difficulty to use. The what3words addressing system is just one of the features in MBUX, which includes Mercedes’ own digital assistant. But it’s an important one that signals where the company is headed.

What3words, which was founded in 2013, was able to assign these 57 trillion squares a unique three-word name using an algorithm that has a vocabulary of 25,000 words. Those words are pulled in such a way that any combinations that could be confused are kept apart. The system, which anyone can use via the what3words app, is available in more than a dozen languages.

Owners of new Mercedes-Benz vehicles—starting with the Class A—will be able to navigate to an exact destination in the world — whether it’s the back alley entrance of a concert hall or a specific entrance to a park to pick up the family — by just saying or typing three words.

“Daimler is putting a huge focus on voice,” what3words CEO Chris Sheldrick told Fortune. “This is not just voice for the sake of it where you try the feature a couple of times in your car and never again. This is now an interface that you can talk to in a normal way.”

The what3words addressing system fixes a major flaw with a lot of voice-operated navigation systems.

“A big user experience issue is with duplicated street names,” Sheldrick said. “Voice systems simply cannot repeat them back to you in list and say which of these 14 different Church roads do you want. That’s where the voice assistant just falls down with addresses. From Daimler’s perspective, this is the age of the voice assistant in their cars and that’s why we’re playing a role and why it’s going in so soon.”

He added that the addressing system will also be important for automakers developing autonomous vehicles.