The Supreme Court’s Blockbuster Patent Case: What You Need to Know 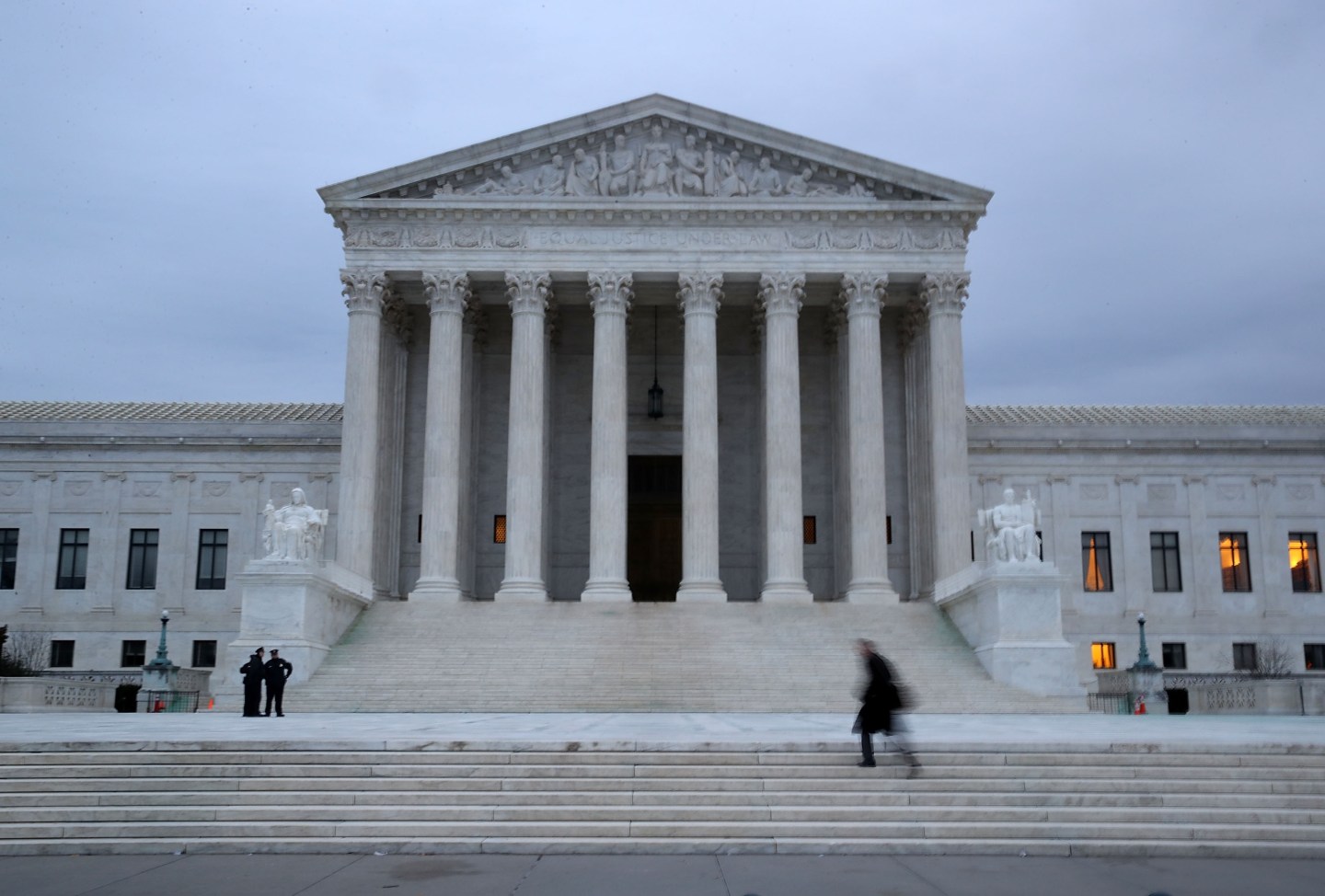 A man walks up the steps of the U.S. Supreme Court on January 31, 2017 in Washington, D.C.
Mark Wilson—Getty Images

The Supreme Court has heard some big intellectual property cases in recent years, but nothing like this. On Monday, the court is hearing a constitutional challenge that could topple a major pillar of the current patent system, and send economic ripples through the tech and retail sectors.

The case, known as Oil States, is about a procedure for challenging questionable patents at the Patent Office. But it also raises fundamental questions about the nature of property and the role of juries, and has led everyone from Apple to the AARP to dozens of law professors to weigh in. Here’s a plain English guide to the case.

What is the case about?

The case turns on a 2011 law that created a new way to challenge the validity of a patent. This method, known as inter partes review, involves specialist judges at the Patent Office, and is faster and less expensive than going to federal court.

When a firm called Oil States Energy Services tried to sue a rival for patent infringement, the rival went to the Patent Office under the 2011 process and said the patent shouldn’t have been granted in the first place. The Patent Office agreed and cancelled the patent.

Oil States is now claiming the whole Patent Office review process is unconstitutional. The company argues its patent was a type of property that can’t be taken without proper compensation, and that the process should take place before a jury in federal court.

Why is this case such a big deal?

Many companies think the new Patent Office process has helped stem a flood of lawsuits from so-called “patent trolls” (shell companies that do nothing but engage in patent lawsuits). Prior to the new review system, companies often felt they had no choice but to settle such lawsuits — even if they believed the patent was invalid — because going to federal court was so slow and expensive in comparison.

If the Supreme Court decides the review system is unconstitutional, many companies fear they’ll be inundated with a wave of ruinous lawsuits that will damage the economy. Some patent owners, however, believe the new system has made it too hard for inventors to assert their rights and is undermining U.S. innovation.

The importance of the case is reflected in the nearly 60 “friend-of-the-court” briefs, which is the highest of any case so far this term.

A major issue is whether patent owners enjoy the same sort of property rights as land owners, or whether patents are instead a form of “public rights” that an administrative agency can take away.

Both sides are turning to the law of England from centuries ago to make their case — the briefs are full of references to the likes of philosopher John Locke and the famous jurist Lord Blackstone. Those who say the Patent Office process is unconstitutional point out the English courts used juries to determine the rights of patent owners. The other side counters that, historically, juries and law courts were not alone in ruling on patent questions and that executive bodies, including the Privy Council, also had this power.

While the history of patents in England and the U.S. will be a key part of the Supreme Court’s deliberations, the two sides also raise arguments related to innovation policy and the modern role of administrative agencies. Andy Pincus, who has argued numerous cases before the Supreme Court, says the Justices are likely to consider all of these factors.

“There’s lot of looking at what’s happening in old England, but there’s a common sense angle as well,” said Pincus. “It would be strange to say an agency grants patents but if they make a mistake, there’s nothing they can do about.”

A diverse range of industry coalitions — including the U.S. Golf Manufacturers’ Council, the Alliance of Automobile Manufacturers and Internet Association (which represents the likes of Facebook and Google) — have filed briefs supporting the current review system. Meanwhile, individual companies including Apple, GE (GE) and Volkswagen (VLKAY) have done the same. Here is what the National Retail Federation had to say:

“Patent trolls have targeted retailers over and over again to try to extract extortionate settlements from these innocent users of products. The sensible way to resolve a valid claim of infringement is to allow the patent office to apply its expertise rather than incurring high litigation costs. There’s no question that this process is smart, efficient and entirely within the authority of the office under the Constitution.”

Others in support of the current system are the AARP, the advocacy group Public Knowledge and a group of prominent law professors.

Who says it’s not?

Patent owners as well as groups like the Cato Institute, which are concerned with property rights, have filed briefs asking the Supreme Court to sweep away the Patent Office review board. Meanwhile, the venture capitalist Gary Lauder, along with other investors and inventors, has filed a brief warning the process is harming innovation:

“An IPR procedure ostensibly designed to target “patent trolls” has instead introduced layers of expense and uncertainty into all patent rights, which makes it harder for startups to attract investors, employees, and many other critical resources.”

Others arguing the current system is unconstitutional include pharma and biotech organizations, and other law professors. (You can find a list of both sides’ friend-of-the-court briefs here).

What does the Trump Administration say?

The Supreme Court invited the executive branch to weigh in earlier this year, and the Trump Administration came out strongly in favor of the current system. As Dennis Crouch, who runs the well known patent blog Patently-O, writes: “Despite the regime change, the SG’s office continues to strongly support the AIA Trial system and the brief argues strongly that patents are public rights that may be subject to administrative review.”

Unlike other recent IP cases, many lawyers are uncertain. On one hand, the current Patent Office review system has broad support and its proponents make strong legal and policy arguments to keep it. On the other hand, the conservative Justices on the court are hostile to the administrative state and champions of property rights — if they appear receptive to the “patents are like land” argument, they could very well topple the system. Pincus, the Supreme Court lawyer, says Justice Alito may see the case as part of larger agenda to pare the role of government agencies.

Finally, the court’s newest judge, Justice Neal Gorsuch, has no real record on patents, though he shares Alito’s skepticism of the administrative state.

The court is hearing oral arguments on Monday morning and its decision is likely to come in early 2018.

SCOTUSblog has a detailed overview of the legal arguments as well as links to all the briefs, while Crouch’s authoritative blog has several helpful posts. Meanwhile, the New York Times business section has a report on how companies are bracing for the outcome. Finally, Stanford Law professor Lisa Ouellette has an excellent list 0f one-line summaries for all the Supreme Court’s recent patent cases.