Why Mark Cuban Could Run for President — As a Republican 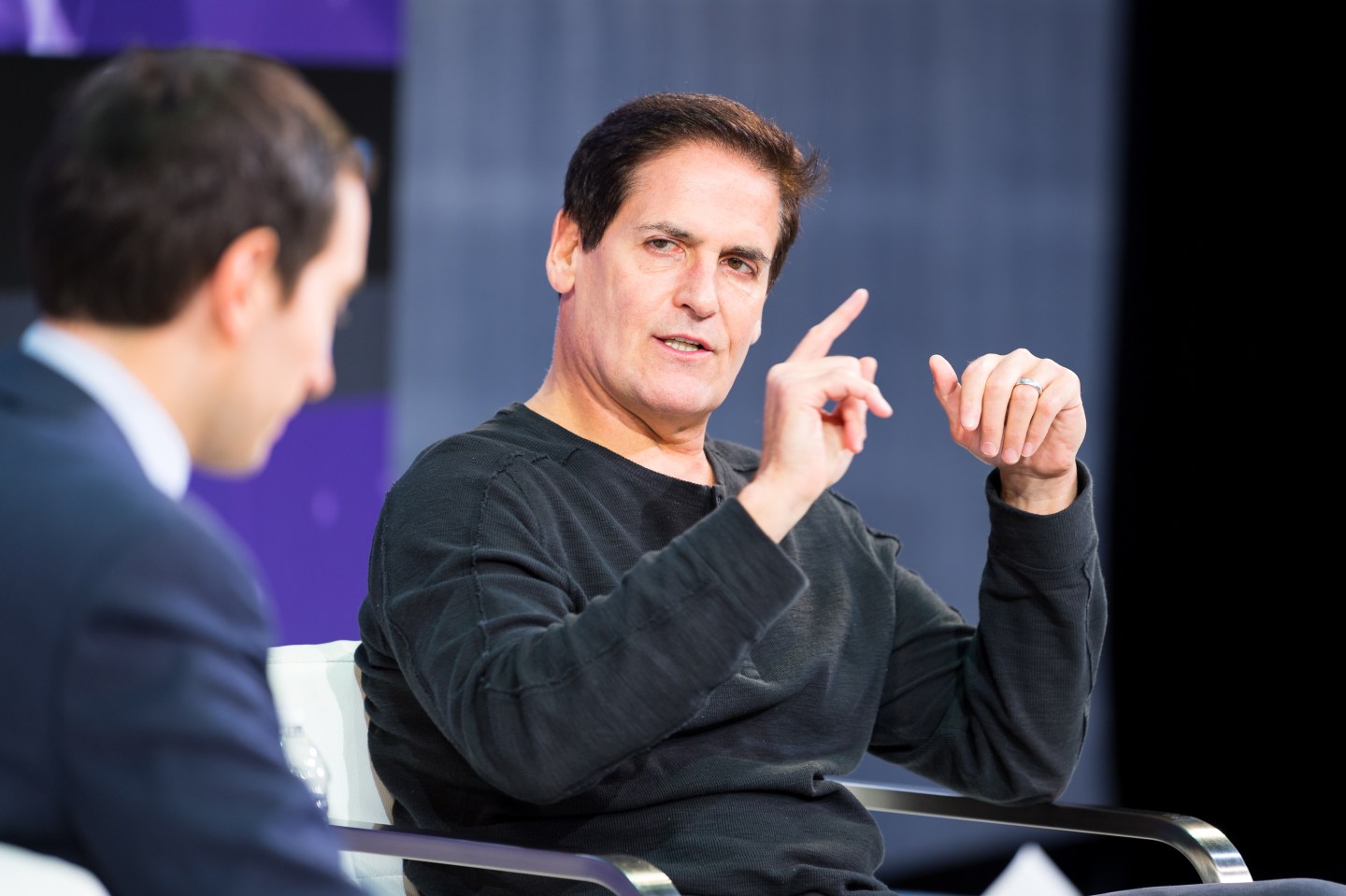 “I think that given the circumstances, there’s a unique opportunity for someone like me who’s independent, and not affiliated to a party in any way,” Cuban said during The New York Times DealBook conference Thursday.

Cuban explained his thinking while pointing out several other influential businesspeople who he views as viable candidates. “People are getting tired of politicians and what politicians do,” Cuban said. “Whether it’s me, [Disney CEO] Bob Iger, [Starbucks Chairman] Howard Schultz or somebody else, I think there’s a door that’s wide open.”

Still, Cuban says he has yet to commit to a presidential bid. The investor argued an election campaign can me tough on a candidate’s relatives, and exposes children to abuse hurled by social media users. Cuban has three children, all younger than 15 years old.

His wife, Tiffany Stewart, was also cool to the idea. “She asked me if I wanted to stay married,” Cuban said of Stewart’s reaction to a potential presidential run. He added that while he doesn’t know whether he would be able to persuade her on the notion, he has “a year to find out.”

The investor has also been active in political circles, having met with eight Democratic Senators to talk about health care in Washington, D.C. on Wednesday. He also met with Republicans, including Arizona Senator Jeff Flake.

Cuban also said that if he runs, he would most likely do so as an Independent, though he also sees a certain allure in running as a Republican. “The positives of that is going head to head with Trump in the primaries,” Cuban said. “And there is nothing I have more fun doing.”