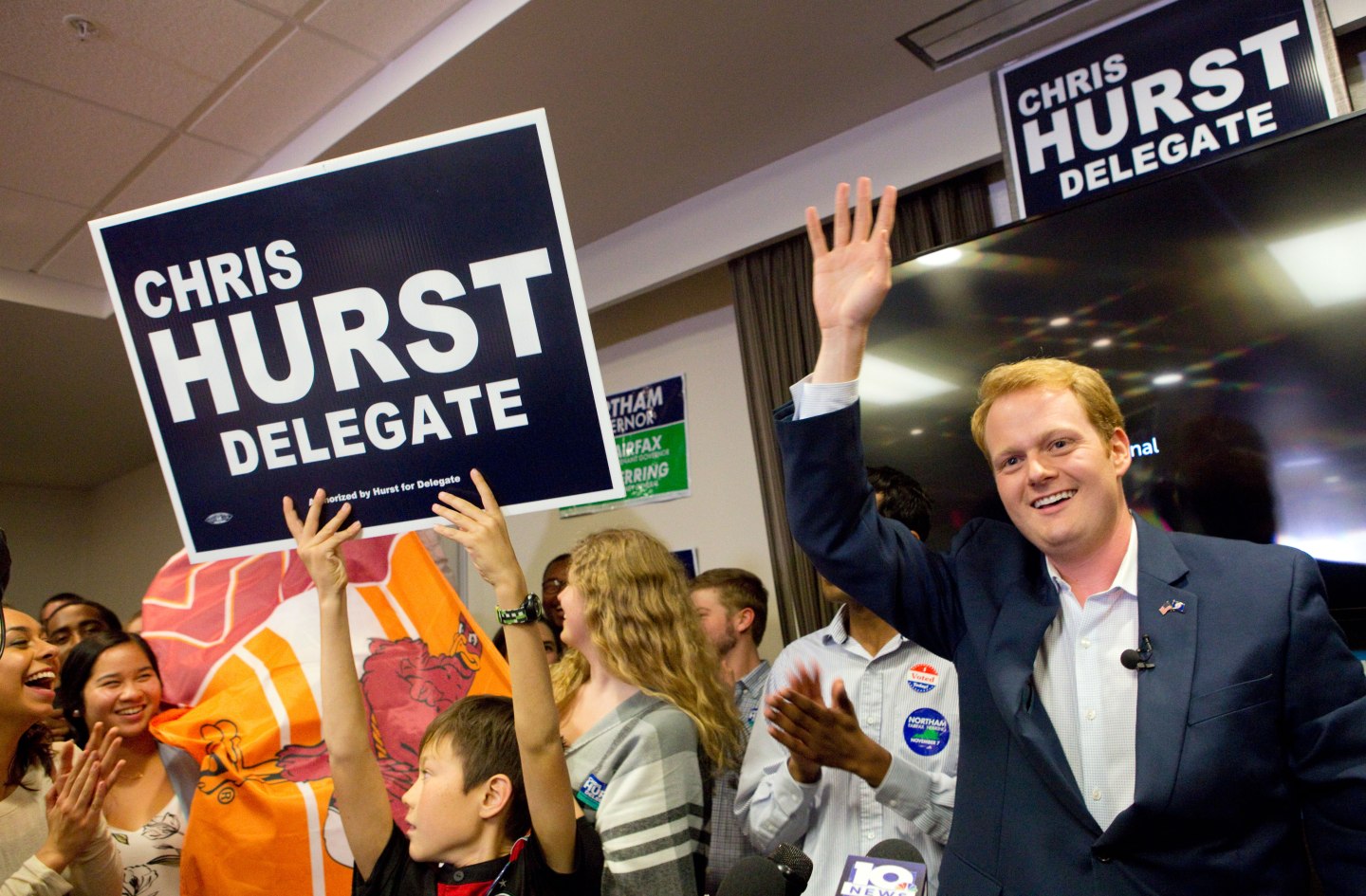 Two years ago, Chris Hurst, like many people in Virginia—and later the world—saw his girlfriend gunned down on live television. Last night, he stepped out of the shadow of that awful morning, beating an NRA-backed candidate for a seat in Virginia’s House of Delegates.

Hurst, a former anchor at WDBJ in Roanoke, unseated incumbent Republican Joseph Yost in the race for the 12th District seat. And he did so largely on his stance on gun violence.

Hurst and Alison Parker, who, along with her cameraman Adam Ward, was killed by a disturbed former coworker in 2015, were quietly dating at the time of her murder. They had recently moved in together. After the incident, he continued to work at the station, but a year later, he was assigned to cover another workplace shooting. That’s when he decided he needed to do more.

He resigned from the station in February, announcing in a Daily Beast story that he planned to run for office.

“Going into the newsroom each day began to numb me to the humanity on which I was supposed to be reporting,” he wrote. “The only way I could read news of murders, protests, hatred, and loss was to insulate myself from that human emotion. Even as I connected with people in a new, profound way on TV, I was becoming a shell. The man Alison loved began to fray at the edges. That man is being made whole now with my dedication to the service of the people who supported me during my sorrow.”

Hurst ran on a platform of gun violence prevention, but not one that is as strictly anti-gun as many other Democrats. His focus is on policies that keep guns out of the hands of people during high risk periods, such as when a protective order has been granted or when someone seems to be headed toward violence.

The race was a close one, but when all the ballots were counted, Hurst walked away with 54.33% of the vote.