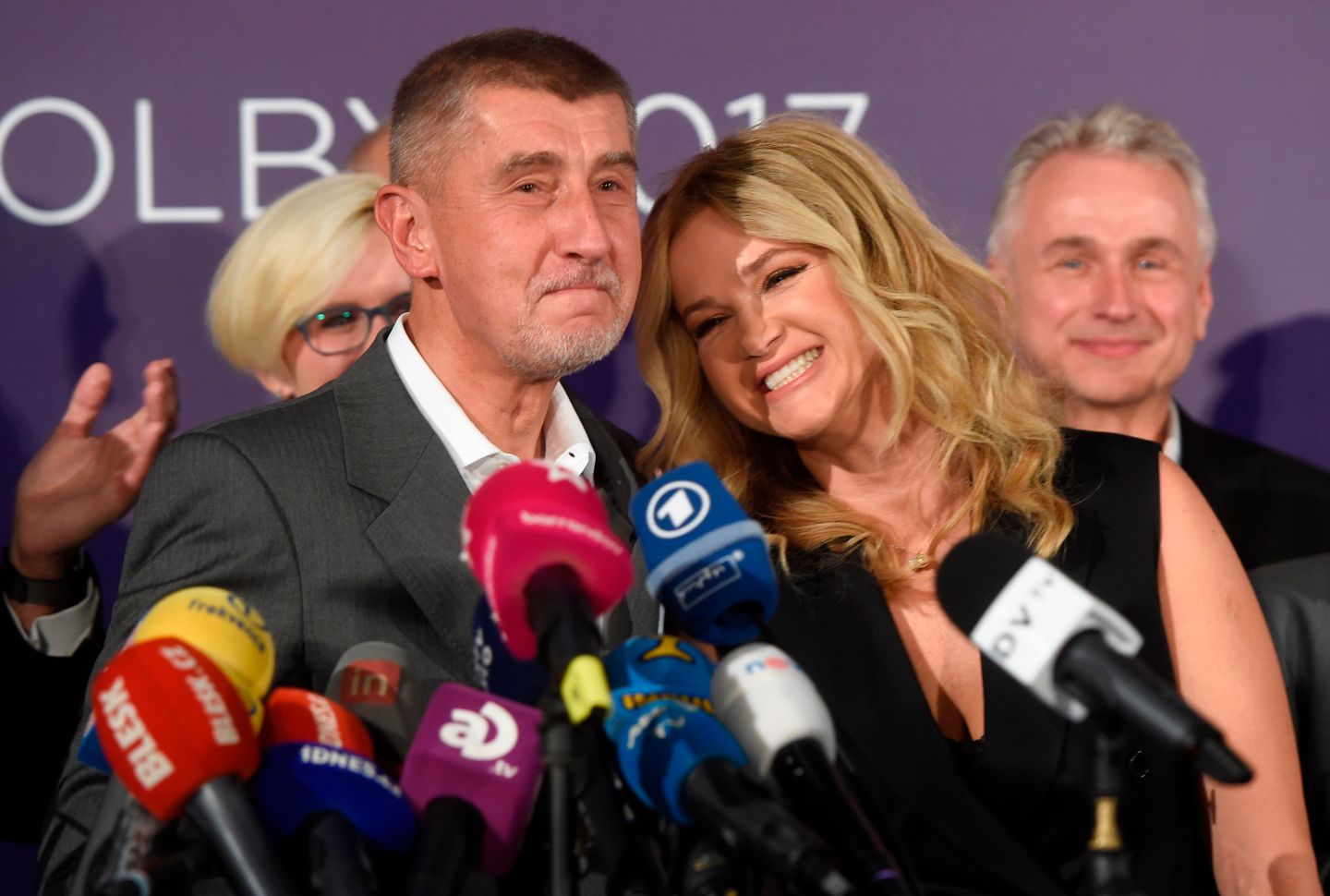 Babis’s ANO movement held an unbeatable 30.04 percent of the vote with 94.4 percent of voting stations having reported — almost three times any other party and giving it a chance to rule with just one partner in a coalition.

ANO is the first party to break a quarter century of dominance by two mainstream centre-right and centre-left parties, highlighting a shifting political landscape in Europe where a refugee crisis has given rise to protest groups.

At just 7.4 percent, the ruling Social Democrats of Prime Minister Bohuslav Sobotka were on course for their worst result since the country peacefully split with Slovakia in 1993.

The far-right, anti-European Union SPD party made strong gains, capturing more than 10 percent of the vote, while another protest party, the Pirates, was set to win a number of seat by appealing to unhappy liberal voters.

In all, a record nine parties were set to win seats.

The Czech economy has enjoyed rapid growth, a balanced budget and the lowest unemployment in the European Union in the past four years, but the Social Democrats – who led a government with ANO and another partner – have not been able to capitalise.

Instead, ANO and other protest groups took advantage of voters’ discontent by promising to weed out corruption, fight deeper EU integration and resist Brussels trying to impose quotas for taking in refugees. Babis himself has promised to bring a businessman’s touch to government.

Drawing comparisons with U.S. President Donald Trump for his anti-establishment message, Babis has maintained his popularity despite the charges and accusations of conflicts of interest related to his businesses.

ANO is likely to first turn to the Social Democrats for a coalition, its deputy chairman Jaroslav Faltynek told reporters.

However, the Social Democrats’ acting chairman said the party may move to the opposition.

Babis could also turn to the centre-right Civic Democrats, who were jockeying to be the second strongest party with almost 11 percent of the vote. This party or the Social Democrats have led every Czech cabinet since Czechoslovakia split, apart from caretaker administrations.

Czech Television projections showed ANO winning 81 seats, up from a current 47, in the 200-member lower house. The Civic Democrats could get 23 while the Social Democrats may end with 15, down from 50.

Complicating any coalition talks, though, are police charges that Babis illegally received a 2 million euro EU subsidy when he ran his food, agriculture and chemical empire, worth an estimated $4 billion, before entering politics.

He has denied wrongdoing, but party leaders before the election said it would be hard to be part of a cabinet that includes Babis facing a fraud investigation.

His holdings, including interests in national newspapers and a radio station, were placed in a trust earlier this year.

Babis’ swipes at Brussels play well with eurosceptic Czechs but he also praises EU membership and doesn’t share the relatively illiberal ideology seen in governments in Budapest and Warsaw.

“The more people organise campaigns against him the more it helps him among others,” said ANO voter Alena Chlostova.

If coalition talks with mainstream parties fail, there is also the possibility ANO will form a cabinet with backing from the Communists or the SPD.

Czech President Milos Zeman has said he would allow a month for negotiations before calling a new parliament, the trigger for the current administration to depart. By custom, he asks someone to lead talks before appointing a prime minister.

He told online news website parlamentnilisty.cz he would not object to Babis forming a government even while battling police charges. He also said he would have no objections to talks involving SPD or the Communists