Men Prefer This Type of Relationship Over Romantic Ones 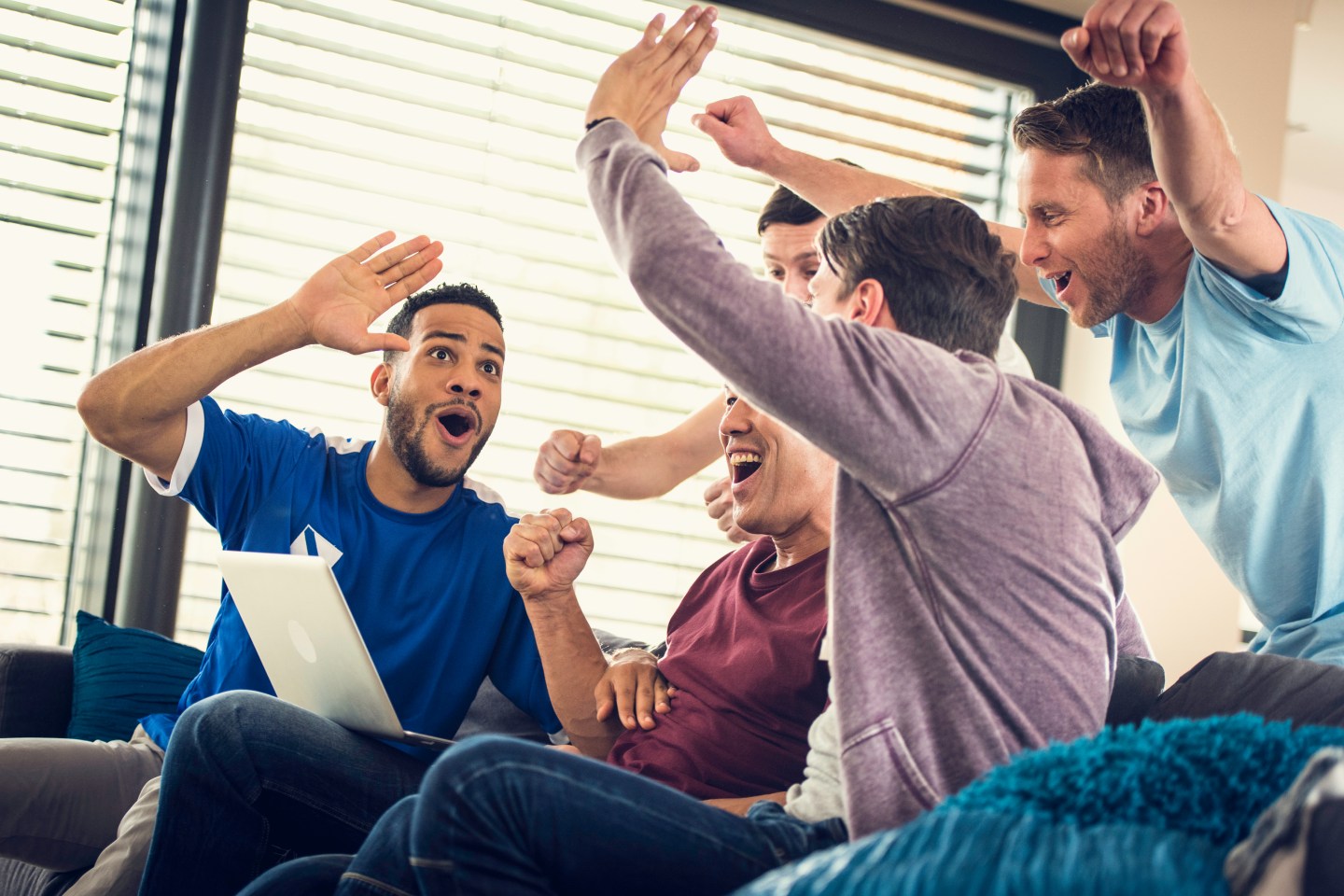 Young men get more emotional satisfaction out of “bromances”—close, heterosexual friendships with other males—than they do out of romantic relationships with women, according to a small new study published in Men and Masculinities.

Intimate male friendships have become more socially acceptable in recent years, say the study authors, and that’s largely a good thing. But they caution that the shift could lead to weaker bonds among dating or married couples, or even reduce the likelihood of men and women pairing up at all.

The concept of the bromance isn’t new. George Washington wrote endearing letters to other men, the study authors note, and Abraham Lincoln shared a bed with a male friend for several years. But close male companionship became more taboo in the second half of the 20th century, say researchers from the University of Winchester in England, due to a rise in homophobic sentiments and changing ideals of what masculinity should look like.

In recent years, though, bromances have become cool again, the authors say—thanks in part to high-profile celebrity examples (like the Obama-Biden bromance) and movies like The 40-Year-Old Virgin.

To find out how much bromances mattered, they surveyed 30 heterosexual men who were second-year college students and had been in a relationship before, or were currently. The group was homogenous, to be sure; besides all being straight college students, all but one of the men were white, and all had a sports-related major.

The authors found that every one of them reported having at least one “bromantic” friend—with whom they engaged in “no-boundaries” behaviors like sharing secrets, expressing love or sleeping in the same bed—at some time or another. 29 out of 30 men said they had cuddled with their bromantic partner.

These findings may not apply to men beyond this very specific population, and more research is needed. The authors published their initial findings in May, in the journal Sex Roles. In their new analysis, they identify and explore the differences between those men’s bromances and their actual romances.

Overall, the students reported feeling less judged by their close male friends than by their girlfriends. In the words of one participant, “Tim knows I love listening to Taylor Swift and Beyonce, but I keep that quiet [around my girlfriend] because she would judge me. I feel like I have to be more manly around her.”

MORE: Why Friends May Be More Important Than Family

Men in the study also said it was easier to overcome conflicts and share their emotions—like when a grandparent dies—with their guy friends, and to discuss sensitive health information. 28 out of 30 said they would prefer to discuss personal matters with a bromance than a romance. “If I found a lump on my testicle, I’d talk to [my bromance] rather than my girlfriend,” one interviewee said.

When asked to describe the difference between a bromance and a romance, one man noted that there are three factors to consider: sexual attraction, emotional connection, and personality. “A bromance needs the last two,” he noted, while a romance needs two, including sex.

“There was a conclusive determination from the men we interviewed,” the study authors wrote. “On balance, they argued that bromantic relationships were more satisfying in their emotional intimacy, compared to their heterosexual romances.”

The fact that men are finally comfortable getting close with one another is a progressive step forward, say the authors, and they suggest that men may benefit greatly from long-term, same-sex friendships—especially if they’re not comfortable being emotionally intimate with women.

But they also express concern about traditional male-female relationships, writing that “the rise of the bromances may not altogether be liberating and socially positive for women.” Men in the study sometimes referred to their girlfriends using sexist or disdainful language, they wrote, and demonstrated an “us and them” mentality that suggested allegiance to their “bros” over their romantic partners.

The authors even suggest that these changing cultural norms could even have implications for where and how men choose to live—opting to move in with a male roommate rather than a girlfriend, for example, thus delaying or disrupting relationships that could eventually lead to marriage and starting a family. “Lovers are temporary,” one study participant said during his interview. “A bromance can last a lifetime.”