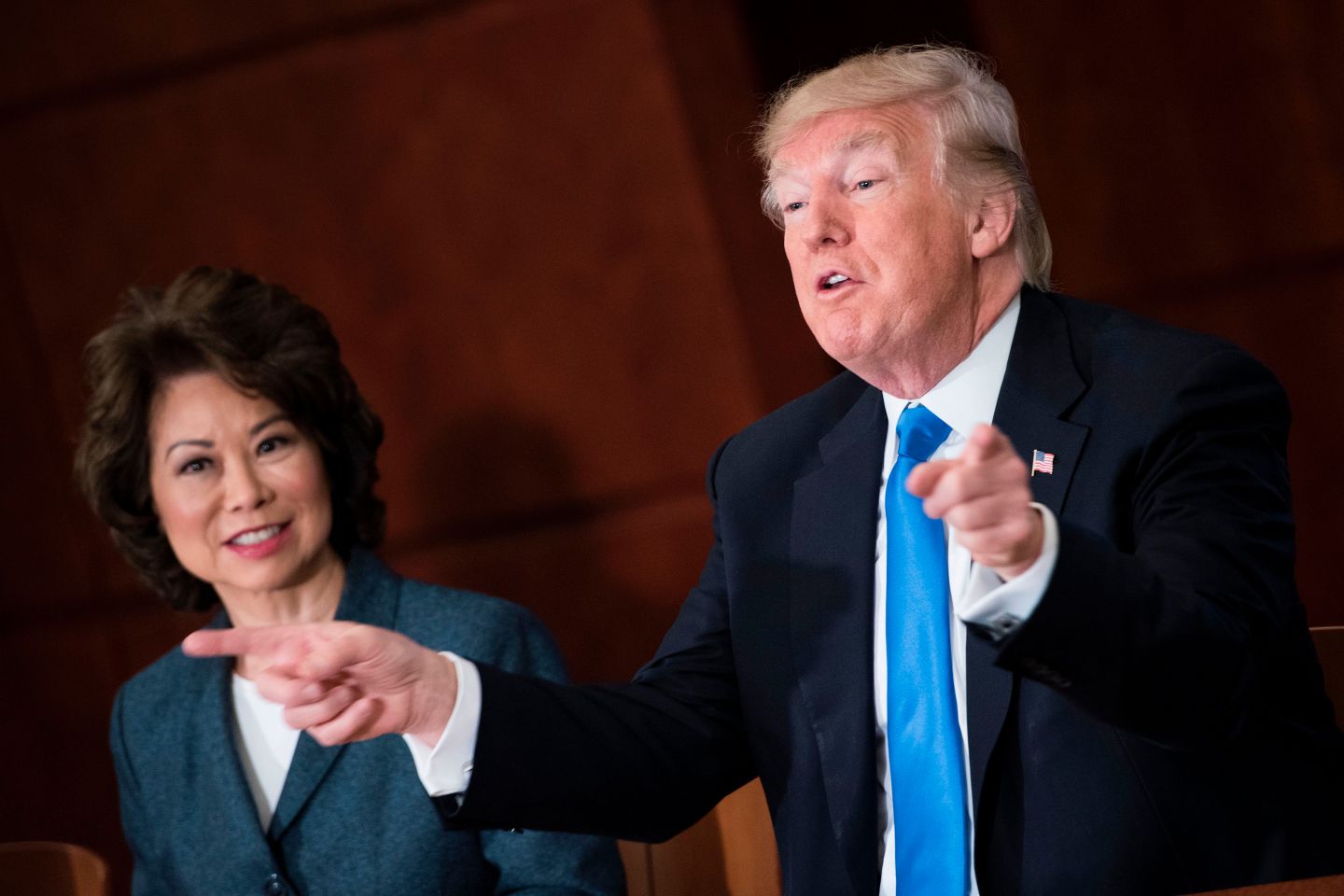 ATLANTA—U.S. Transportation Secretary Elaine Chao once again talked up President Donald Trump’s long-awaited $1 trillion infrastructure plan, but provided no updates on the long-stalled initiative that Trump said would be a priority throughout his campaign and in early months of his presidency.

Delivering remarks Wednesday as the keynote speaker at the American Public Transportation Association expo here in Atlanta—the largest industry gathering in the country—Chao said that the Administration “is committed to rebuilding our critical infrastructure,” but offered few concrete details as to how it would implement Trump’s proposal or even when it would arrive.

Back in Washington, Democrats on the House Transportation and Infrastructure subcommittee on highways and transit criticized the White House for its failure to produce a fleshed-out legislative package during a hearing Wednesday. “All we do is talk… why are we here pretending?” Rep. Peter DeFazio (D-Ore.) said during the hearing, according to The Hill. “It’s time for someone to take the lead and this committee should take the lead.”

Trump pledged that infrastructure revitalization would be a cornerstone of his first 100 days in office. “Crumbling infrastructure will be replaced with new roads, bridges, tunnels, airports and railways gleaming across our beautiful land,” the President said during a speech to a joint session of Congress in February, adding that “millions” of jobs would be created from the proposal.

A White House sponsored “infrastructure week” in June was overshadowed by former FBI director James Comey’s explosive testimony on meetings and phone calls with Trump leading up to his firing. Then, in August, Trump returned to the policy with the signing of an executive order designed to speed up approval of infrastructure projects. “My Administration is working every day to deliver the world-class infrastructure that our people deserve and, frankly, that our country deserves,” Trump said at time, with Chao by his side. But that press conference was also overshadowed — this time by Trump blaming “both sides” for violence by white supremacists in Charlottesville, Va.. And still, no $1 trillion infrastructure plan was in sight.

When exactly it will arrive remains unclear. Chao had previously said that a legislation package was expected by the third quarter of this year and that “the President is a very impatient man and he wants results right away.” But recent reports suggest that an infrastructure bill might be shelved for sometime. Rep. Brian Higgins (D-NY) told the Washington Post that Trump told several Democrats from the House Ways and Means Committee that private-public partnerships—a key aspect of his initial $1 trillion proposal—do not work and “emphatically rejected what everybody assumed was his position relative to financing infrastructure.”

Chao on Wednesday seemed to have a different idea. “One potentially useful tool could be allowing the private sector to invest in infrastructure,” the secretary said. “This is very widely done throughout the whole world. They’re not the solution to every project, but can provide another option for financing.”