The Rugrats ‘Reptar Bar’ Is Real. And Yes, It Will Turn Your Tongue Green 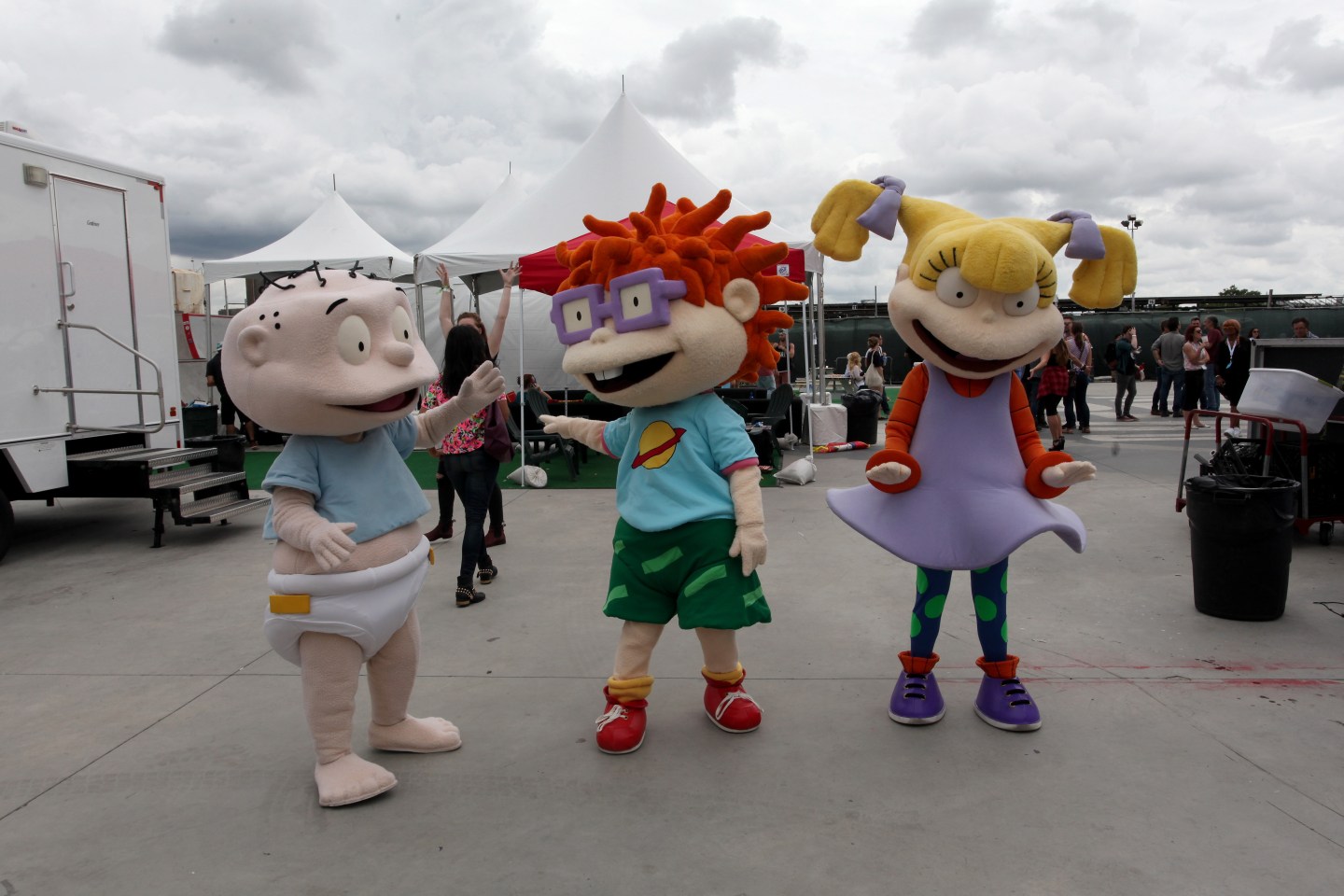 It’s the latest and, according to some social media users, greatest iteration of 1990’s nostalgia yet: The return of the Reptar Bar.

Reptar-themed toys, clothes, and accessories were all the rage for Tommy, Chuckie, Angelica, and the twins, the program’s adventurous baby-stars. But the monster’s chocolate bars were particularly memorable:

You can now buy Reptar bars! They are definitely worth that green tongue! #rugrats #reptarbarhttps://t.co/UuKtCAMDlL pic.twitter.com/qmFlN6Ty1q

And just like in the show, which ran for 13 years from 1991 to 2004, it looks like the real bars will turn your tongue a cartoonish shade of green. Needless to say, “Rugrats” fans and social media users are pretty excited about the chance to taste the lovable tots favorite treat.

i’m allergic to dairy but i don’t even care i’m getting a reptar bar https://t.co/TaU00oiuY0

A real part of my day tomorrow: eat a Reptar bar and talk about it pic.twitter.com/tGvxCB3SRU

Can’t get enough? There’s a whole range of cartoon-inspired culinary spin-offs, including a “Bob’s Burgers” cookbook and a restaurant outfitted just like Spongebob Squarepants’ beloved Krusty Krab in the Palestinian city of Ramallah.