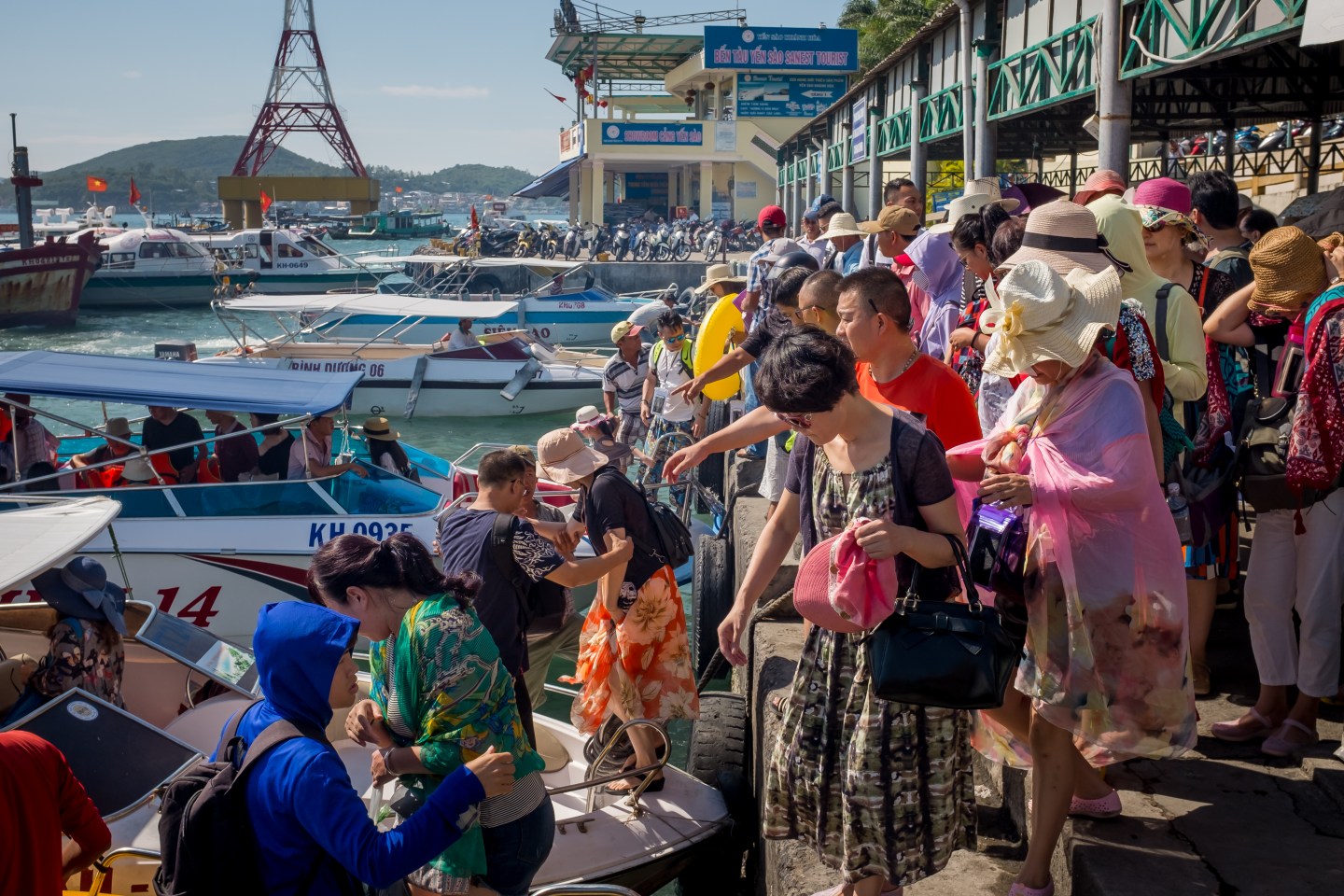 NHA TRANG, VIETNAM - SEPTEMBER 10: Hundreds of Chinese tourists enter the boats to get to more isolated islands from Cau Da Port on September 10, 2017 in Nha Trang, Vietnam. With a total of 2.7 million tourists in 2016, China is Vietnam's largest source of visitors, as most mainland Chinese head to the coastal cities of Da Nang or Nha Trang located in the centre of the country and famed for their beaches, historical sights and seafood. Based on reports, Chinese tour groups have grown to 150 to 200 while the influx has caused problems such as the lack of Chinese speaking staff and inexperience in dealing with inappropriate behavior by the mainland Chinese who have been criticized for their lack of manners in public spaces, including spitting and urinating in public and being noisy at religious places and heritage sites. As Vietnamese travel agencies aim to improve service for Chinese tourists, local media have reported the illegal use of the Renminbi in local markets and Chinese agents and guides acting without proper authorization, leading to distortions in how Vietnam's history and culture have been presented. (Photo by Linh Pham/Getty Images)
Linh Pham—Getty Images

Tujia.com (TUJIA), China’s biggest short-term property rental firm, said on Tuesday it had raised $300 million from investors, valuing it at more than $1.5 billion as it looks to tap growing demand from Chinese tourists for independent travel.

Tujia‘s main rival in China is Airbnb (AIRBNB), which is beefing up its presence and looking to lure in the country’s young millennials. Airbnb was valued at $30 billion last year.

Tujia‘s founder Luo Jun said in a statement the funds would be used to help improve and standardize the firm’s accommodation, and that it would “further invest in the domestic high-end real estate market and in foreign markets.”

The Chinese firm, which launched in 2011, raised $300 million in 2015 from All-Stars Investment and others, then valuing the company at $1 billion. It has over 650,000 online listings in China and overseas.