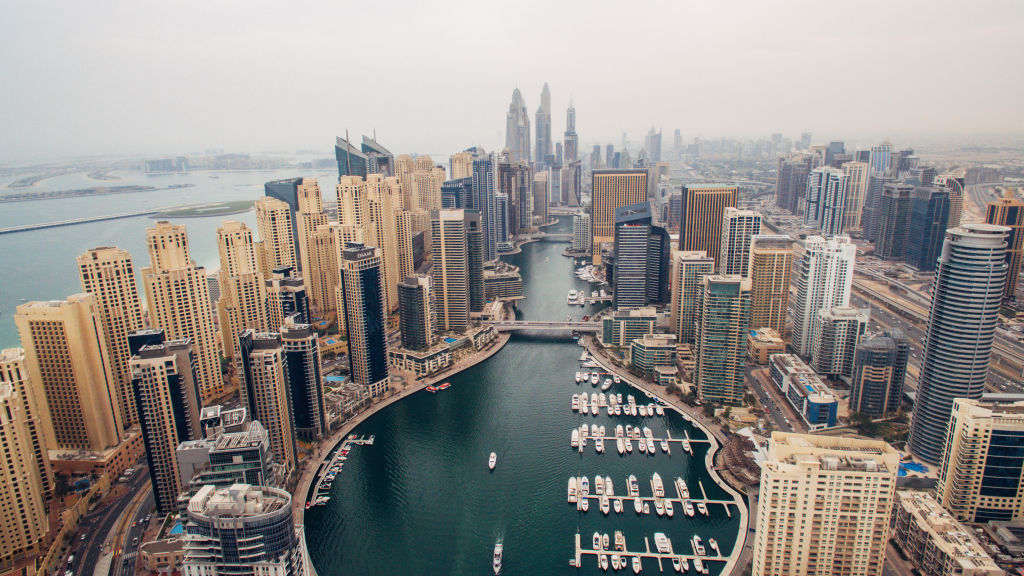 The Dubai Marina and Jumeirah Beach Residences (L) are seen from above on February 8, 2017 in Dubai, United Arab Emirates. Photo by Jumana Jolie for Getty Images
Jumana Jolie Getty Images

The Knox Group of Companies, with headquarters in the Isle of Man, announced late on Tuesday it will launch a residential and commercial property development in Dubai valued at $325 million (250 million pounds), with residences that can be purchased in the digital currency bitcoin.

The company said the 2.4 million-square-foot (22.3-hectare) property venture called Aston Plaza and Residences, consisting of two residential towers and a shopping mall, will be the first major real estate development that will accept bitcoin as payment.

The Dubai project is one step toward efforts to push bitcoin into the mainstream. Maligned and ridiculed in its early days, bitcoin hit a record high of $4,870 on Friday, surging more than 400 percent so far this year.

The whole project is expected to be completed by late 2019.

“This a great opportunity for the crypto-currency community to offload some of its significant gains, especially the early adopters, and actually deploy them in hard-core assets which I’m building,” Knox’s chairman, Doug Barrowman, said in an interview with Reuters.

Barrowman, originally from Scotland, in 2008 founded Knox, which engages in private equity, property and wealth management. The company manages 1.5 billion pounds in assets, he said.

The Dubai venture is a collaboration with Baroness Michelle Mone, a member of the House of Lords and founder of the lingerie company Ultimo. Mone said in an interview that her interior design company will do the interiors of the apartments.

Knox’s Barrowman said the current popularity of initial Coin offerings (ICOs), a token-based method of fundraising for technology start-ups, has shown that there is huge demand for crypto-investors to diversify their assets.

Studio apartments will start in price from 33 bitcoin and, mirroring ICOs, early investors will be given additional bonuses, Barrowman said. Packages for interior design services and furniture can also be purchased in bitcoins.

Essentially, the apartments will be offered at a 15-20 percent discount, Barrowman said.

There will be 1,133 apartments; 480 have already been sold in traditional currencies and the remaining will be earmarked for bitcoin holders, Baroness Mone said.