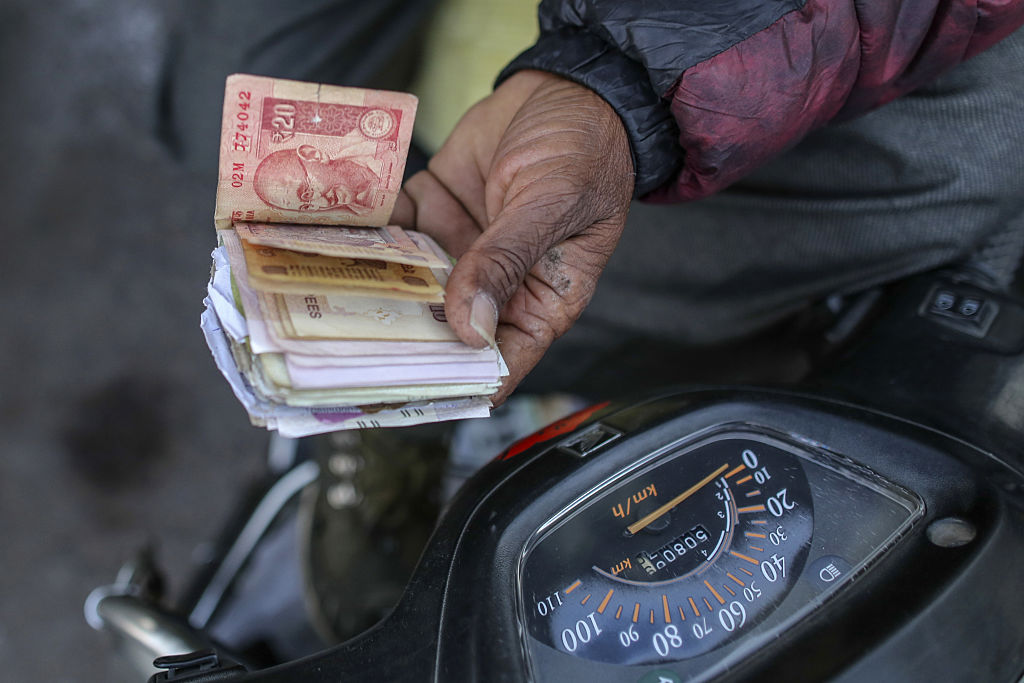 Nearly 10 months after India’s unprecedented ban on high value notes that was designed to tackle entrenched corruption, bribery continues to oil the wheels of business in Asia’s third-largest economy, according to a U.S. risk management firm that advises foreign investors.

Gifting of land, houses, luxury watches and sponsoring expensive travel abroad are now the preferred bribes as tax authorities clamp down on high value cash transactions. And for India’s vast shadow economy, estimated by McKinsey & Co. at a fourth of the $2 trillion economy, the cash ban has hardly made a dent.

“Transparency, post demonetization, has marginally improved but I am not sure it has made a dent on corruption,” Tarun Bhatia, managing director at the Indian arm of Kroll Inc., said in an interview in Mumbai. “Of course, there is use of more plastic money than before but I don’t think it is a case where black money is no longer there. It has handicapped but not fumigated the parallel economy.”

While the use of credit and debit cards and digital transactions has risen from pre-note ban days, Indians mostly prefer cash for their daily transactions after limits for daily withdrawals were restored back to normal earlier this year. Besides, many Indians, especially in the vast hinterlands, lack a bank account or have limited access to technology or the Internet, making digital payments inconvenient.

“The majority believe the risk landscape is either not going to improve or actually get worse in 2017, their resources are insufficient to support their efforts, and they themselves may now be held personally liable for their organization’s compliance violations,” the report titled Anti-Bribery and Corruption Benchmarking Report said.

For India, the biggest risk for foreign investors — apart from corruption — is how to exit the country and wind up a business with minimum fuss if things go awry, Bhatia said. They are also wary about shell companies, which are typically used to launder money, he said. While the government has uncovered about 300,000 shell entities and recently introduced a bankruptcy code, the nation’s legal system is fraught with delays and inadequacies, making winding up a challenging task for companies.

India is ranked a lowly 130 in the ease of doing business by the World Bank and Prime Minister Narendra Modi has made attempts to lift the country’s image as a more business friendly destination in his trips abroad since taking office three years ago. And in a major reform, his government introduced a uniform goods and services tax across the country. Still, analysts believe more needs to be done.

“Of course there are questions about the ease of doing business,” Bhatia said. “But an equally important question for prospective investors is ‘how easy is it to exit India if business plans don’t go according to plan?’”