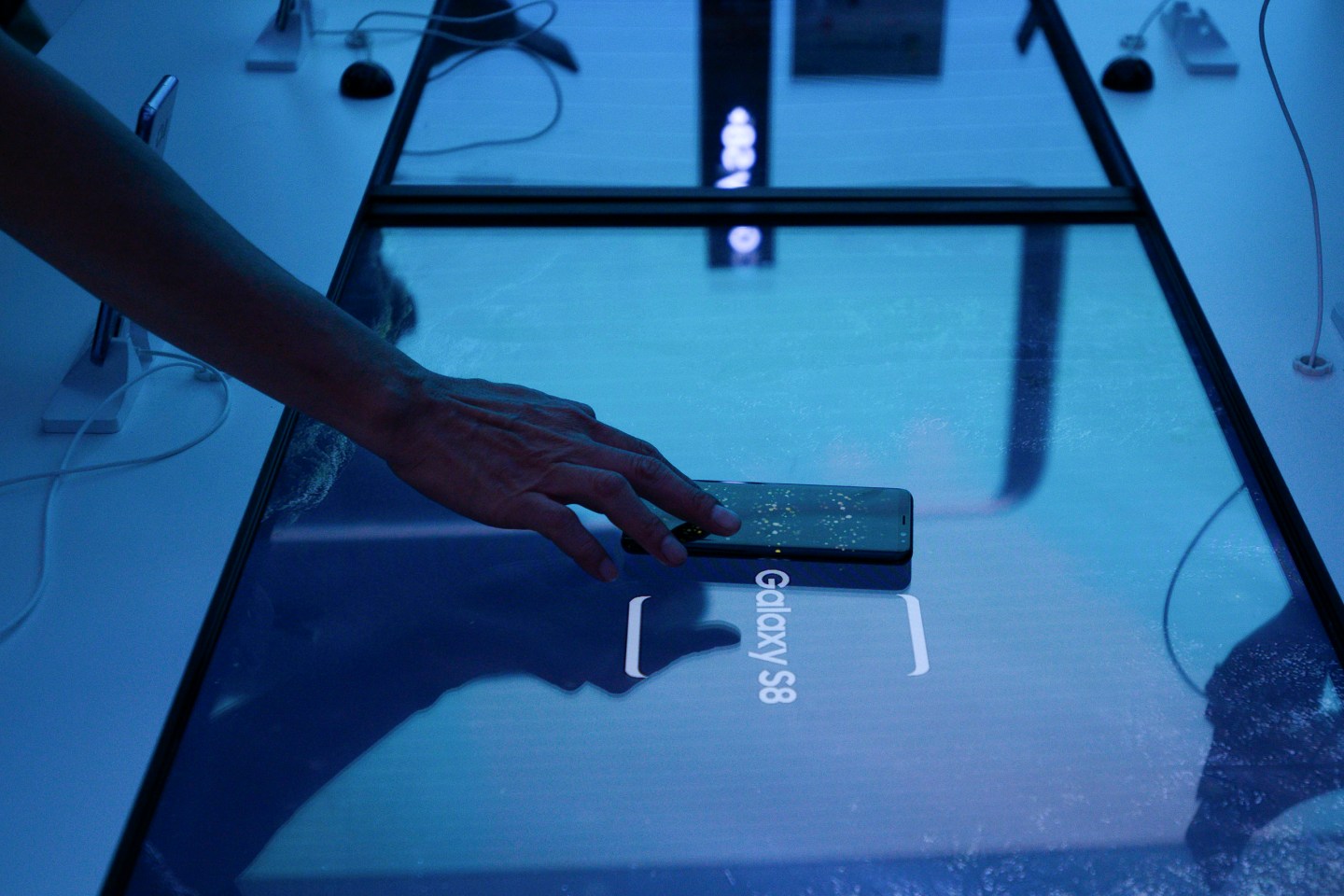 Dixons Carphone, a major electronics retailer in the U.K., issued an unscheduled profit warning on Thursday, knocking its share price by more than 30% at one point in the morning’s trading.

The reason for the warning should ring a few alarm bells, coming as it does the day after Samsung unveiled its Galaxy Note 8, which is likely to cost in the region of $1,000. Apple’s upcoming iPhone 8 will reportedly fall in that territory, too. According to Dixons Carphone, smartphones are becoming too expensive.

This has been particularly problematic in the U.K., where uncertainty around Brexit has contributed to a falling pound. But the core issue may be relevant elsewhere, too.

“Over the last few months we have seen a more challenging U.K. postpay mobile phone market,” the company said in a statement. “Currency fluctuations have meant that handsets have become more expensive whilst technical innovation has been more incremental.”

“As a consequence, we have seen an increased number of people hold on to their phones for longer and while it is too early to say whether important upcoming handset launches or the natural lifecycle of phones will reverse this trend, we now believe it is prudent to plan on the basis that the overall market demand will not correct itself this year.”

So, while Dixons Carphone’s profits totaled £501 million last year, this year it’s only expecting between £360 million and £440 million.

As quoted by the BBC, Hargreaves Landsdown analyst Nicholas Hyett warned that a lack of significant innovations in recent phones was “a bigger problem” than the currency fluctuations.

The biggest innovations in high-end phones over the last couple years have arguably involved waterproofing, fingerprint sensors, new charging connectors, and new virtual-assistant software features. However, increases in processing power have become less relevant than they once were, leaving older phones able to better handle modern apps than they could a few years ago.

In its statement, Dixons Carphone also said it expects to take a hit of up to £40 million this year from the recent, legislated end to roaming fees within the EU.