The One Thing Congress Agrees on That Could Transform the Economy 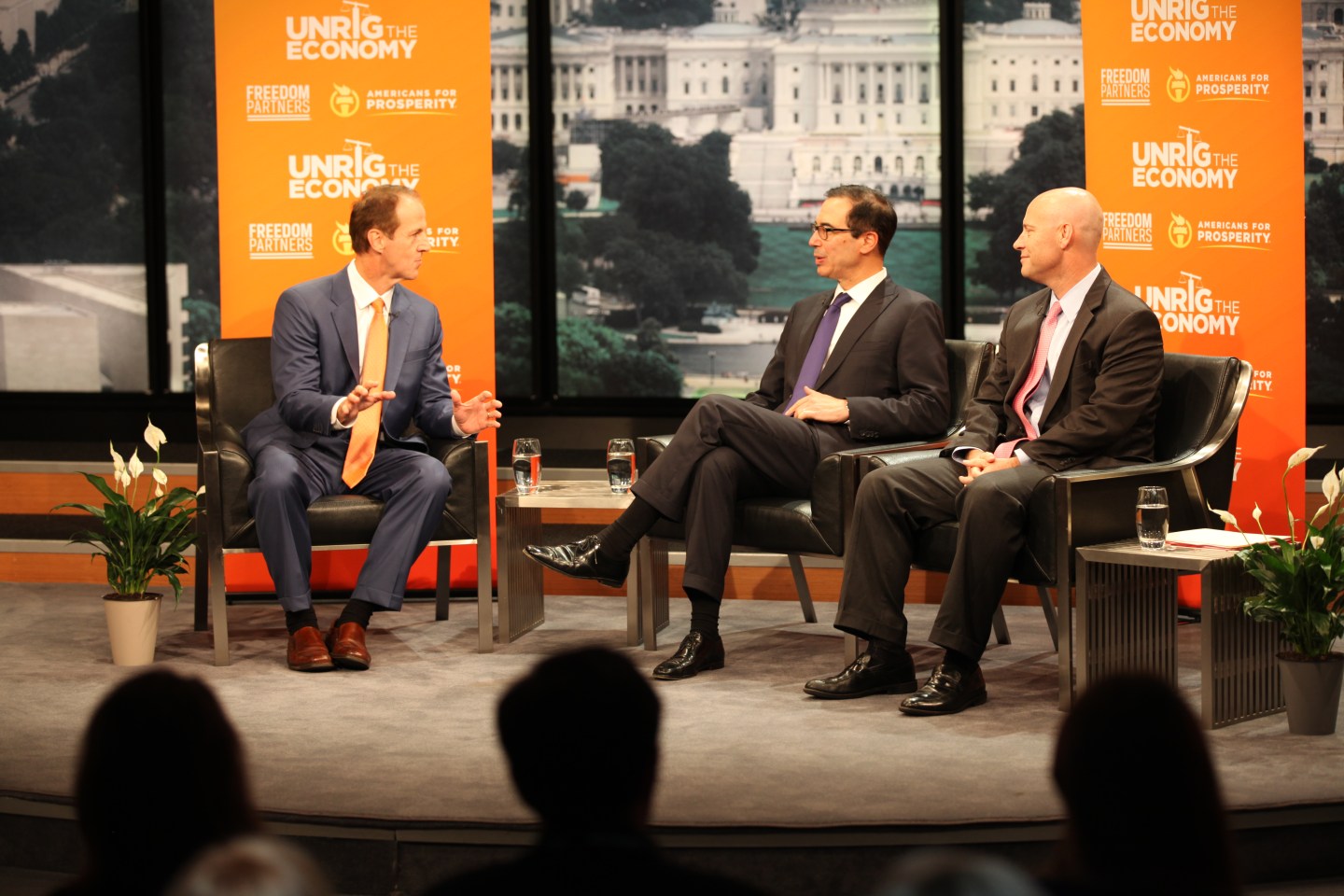 Stranger things have happened, but it’s hard to remember when: Congressional Democrats agree with President Trump about one of his policies—or, at least, they’ve said as much before. In the months ahead, Democrats have a chance to put their words into action by enacting comprehensive tax reform for the first time in 30 years.

The single most important focus should be on un-rigging the economy that for decades has been stacked in favor of the well-connected via deductions, exemptions, and other loopholes. This broken system has led to a stagnant economy that deprives ordinary Americans of better jobs, higher wages, and more opportunities to improve their lives.

This is an area where Democrats and Republicans can agree.

Democrats have for years made similar claims—wanting tax reform that prioritizes American families and individuals over special interests and the well-connected few. Take a few examples.

“I have long advocated for meaningful tax reform that creates fairness in our system and lowers tax rates for everyone while closing the loopholes, exemptions and credits that make our system unfair now,” Sen. Joe Manchin (D-W.Va.) said in 2012.

Or Sen. Heidi Heitkamp (D-N.D.), who said earlier this year, “We also must make sure that any tax reform has to work for families just trying to put food on the table.”

As Democrats running for re-election this cycle in states President Trump won by landslides last year, senators Manchin, Donnelly, and Heitkamp have a particular spotlight on them. The same goes for other Democrats also up for re-election next year in states Trump carried in 2016.

Sen. Bill Nelson (D-Fla.)—who also sits on the tax-writing Senate Finance Committee—wrote in 2013 that tax reform “means getting rid of special interest tax breaks and corporate subsidies. If successful, the revenue we could gain from closing some of these tax loopholes would actually allow us to lower the tax rates for individual Americans as well as corporations, while still paying down our nation’s debt…The principles of simplicity, fairness, and economic growth should be the foundation of any overall reform effort…”

Sen. Claire McCaskill (D-Mo.)—another member of the Senate Finance Committee—said in 2014, “I think we all want to lower corporate tax rates, but we want to quit letting certain people get goodies so they don’t have to pay any taxes. We just want to level the playing field.”

Closing loopholes, getting rid of special interest tax breaks, making sure tax reform works for families—these are all things Democrats have supported in the past. They’re all things President Trump supports today as well.

And it’s not as if the Trump Administration doesn’t want bipartisanship in these efforts. As White House Director of Legislative Affairs Marc Short said earlier this week, “We’ve learned how difficult it is to thread the needle with 52 [Republican] senators,” and welcomed participation by Democrats to get comprehensive tax reform done this year.

Hopefully Democrats will see this opportunity for what it is: A chance to un-rig the economy through comprehensive tax reform that eliminates loopholes, deductions, and other special interest carveouts in favor of fairer, lower rates for every American.

In the decade following the 1986 tax reform—when congressional Democrats set politics aside to work with President Reagan for the betterment of the country—our economy boomed, millions of jobs were created, and wages rose across every income level. There’s no reason this can’t happen again. It’s time to get the job done that everyone’s been talking about for years.