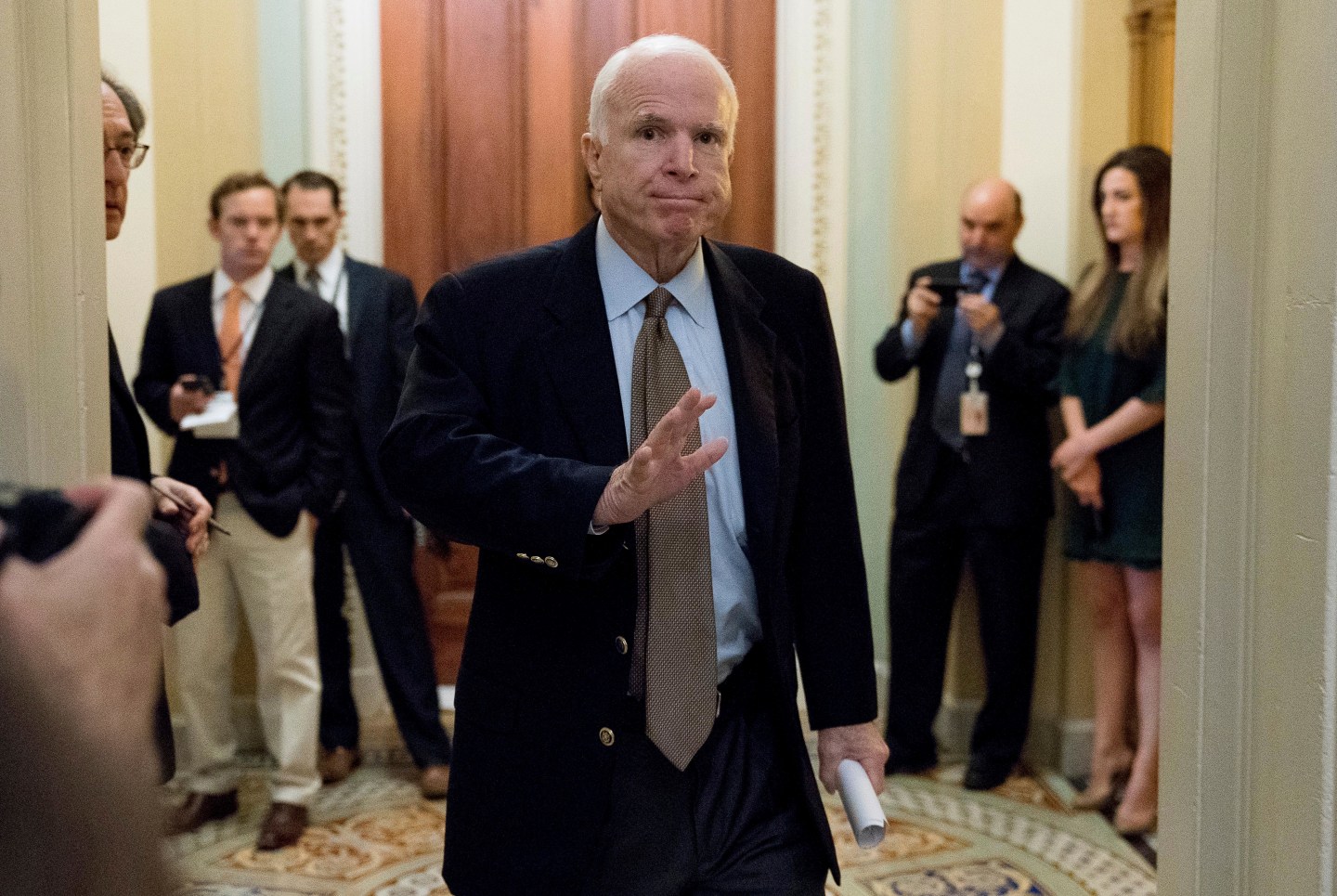 The U.S. Senate smacked down its latest Obamacare repeal strategy Wednesday on a 45-55 vote (50 votes were needed for passage). Strikingly, seven Republican Senators joined with all Democrats to defeat the measure, which has been dubbed by some as “repeal-and-delay”—i.e., a bill that would roll back vast swaths of Obamacare but with a two-year delay period during which some other kind of health care deal could theoretically be reached. But six of those seven Senators voted for a near-identical and successful bill that was eventually vetoed by then-President Barack Obama less than two years ago.

What’s changed in the years since? For one, control of the White House. Voting for a measure that you know will never become law—and which, according to the Congressional Budget Office (CBO), would leave 32 million more people uninsured compared with Obamacare—is a lot different from supporting legislation that could actually take effect.

This is the second version of Obamacare repeal that’s gone down in as many days. On Tuesday, nine Republicans joined all Democrats to sink a more ambitious “repeal-and-replace” measure called the Better Care Reconciliation Act (BCRA). But the voting isn’t done. Senate Majority Leader Mitch McConnell is reportedly sketching out one more effort that would be a “skinny repeal” of Obamacare. That bill would undo the health law’s individual insurance mandate, a mandate on employers to cover full time workers, and a tax on medical devices. It’s unclear whether this would pass (and previous CBO analyses of similar legislation has predicted such provisions would wreak havoc on insurance markets). But it’s also possible that this would just be a vehicle for a legislative reset of sorts for a more far-reaching health care deal in a conference committee with the House of representatives.