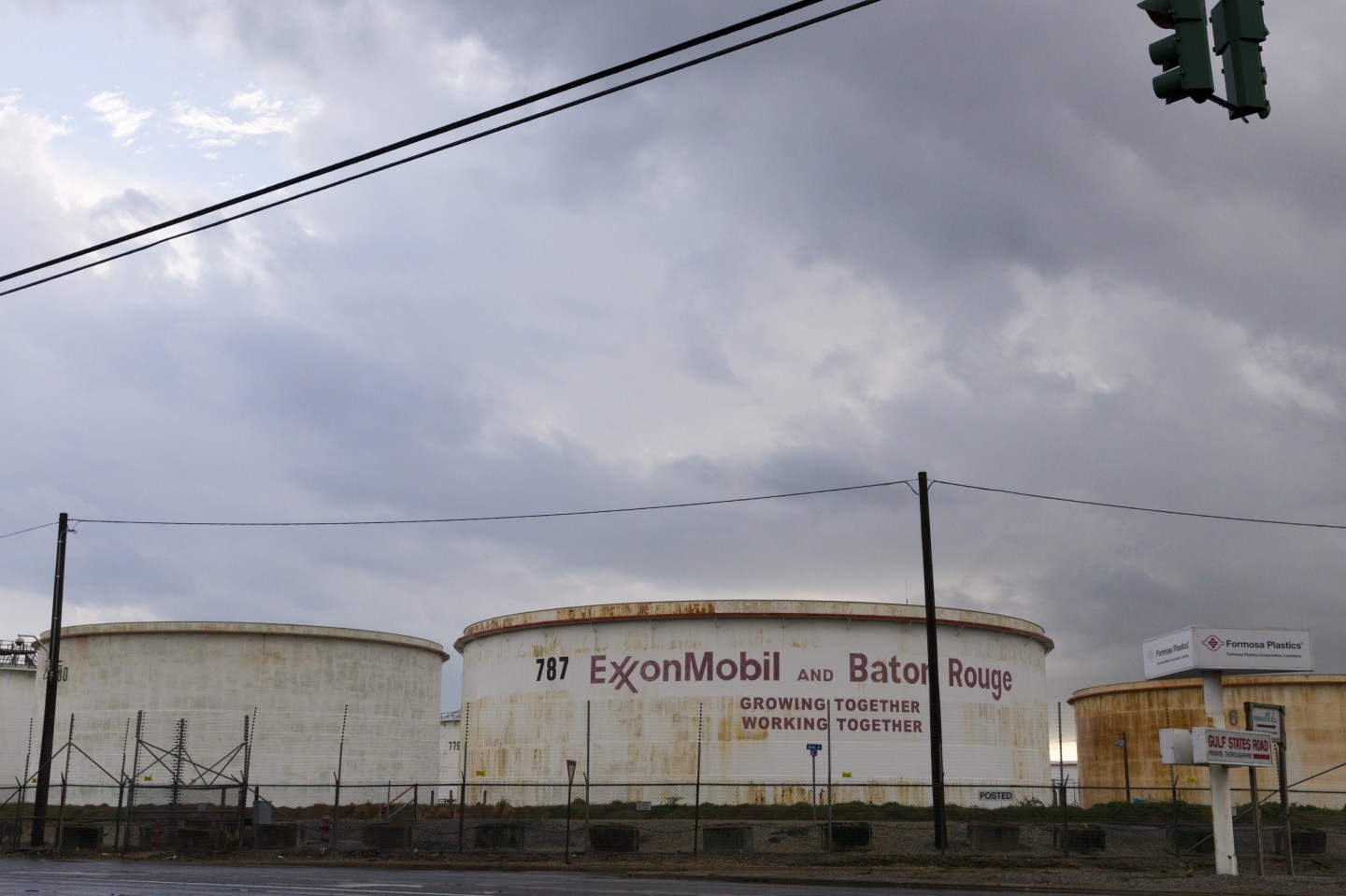 ExxonMobil has been fined about $165,000 by U.S. regulators for safety lapses including inadequate training and equipment maintenance over an explosion that injured four workers at an aging Baton Rouge, Louisiana, refinery last year.

U.S. Occupational Safety and Health Administration (OSHA) issued nine citations, several of which echo previous cautions by federal agencies at two other Exxon (XOM) plants. The citations, issued in May, were seen by Reuters this month.

A separate investigation by the U.S. Chemical Safety Board (CSB) is ongoing and its report on the incident is due by year-end.

Exxon said it is contesting the OSHA citations and fines.

The facility was faulted five years ago by the U.S. Environmental Protection Agency for failing to address corrosion on pipes and valves and for inadequate shutdown and emergency procedures provided to workers.

The Nov. 22, 2016 explosion on a sulfuric-acid alkylation unit that makes octane-boosting components of gasoline in the sprawling Baton Rouge refinery and chemical plant injured four workers, two of them severely. Two of the affected workers declined to comment; others could not be reached.

As the operator turned the valve stem, portions of the valve fell out, releasing isobutane, according to the Exxon letter, which was ignited by a welding machine 70 feet away.

One worker was knocked off a scaffold next to the alkylation unit and left dangling over the fire, according to two sources. Another worker was burned over most of her body.

Exxon’s safety procedures and training for operators on the alkylation unit were lacking, equipment was not properly maintained, and required inspections were not carried out within required time periods, according to a copy of the citations seen by Reuters.

“We cooperated with OSHA’s investigation and shared extensive information and records,” said Exxon spokeswoman Charlotte Huffaker. “We are contesting the citations and associated penalty.”

Huffaker said “nothing is more important” to Exxon than maintaining a safe workplace for workers and residents near its facilities.

Eight of the nine citations were listed as serious, each carrying a fine of $12,675. The ninth, for failing to carry out external visual and ultrasonic inspections of piping, carries a fine of $63,373.

The later fine was higher because Exxon was cited in 2016 for violating the same inspection standard at a Baytown, Texas, refining and chemical plant complex, OSHA said in the citation.

In a report issued in May after a two-year investigation of a 2015 explosion at an 86-year-old Torrance, California, refinery then owned by Exxon, the CSB said the company lacked a procedure for operating a fluidic catalytic cracking unit in an idled mode, as was being done when the explosion took place.

In 2012, the U.S. Environmental Protection Agency inspected the Baton Rouge refinery as part of a risk management prevention program and found Exxon had not examined in five years more than 1,000 underground pipes, many of which the EPA said were corroded, according to the agency’s report on the inspection. The EPA also said emergency and shutdown procedures failed to provide needed details for operators.

Huffaker said in an email that Exxon contested the violations, and said the EPA withdrew all but two of its findings. She did not respond to a request for details.