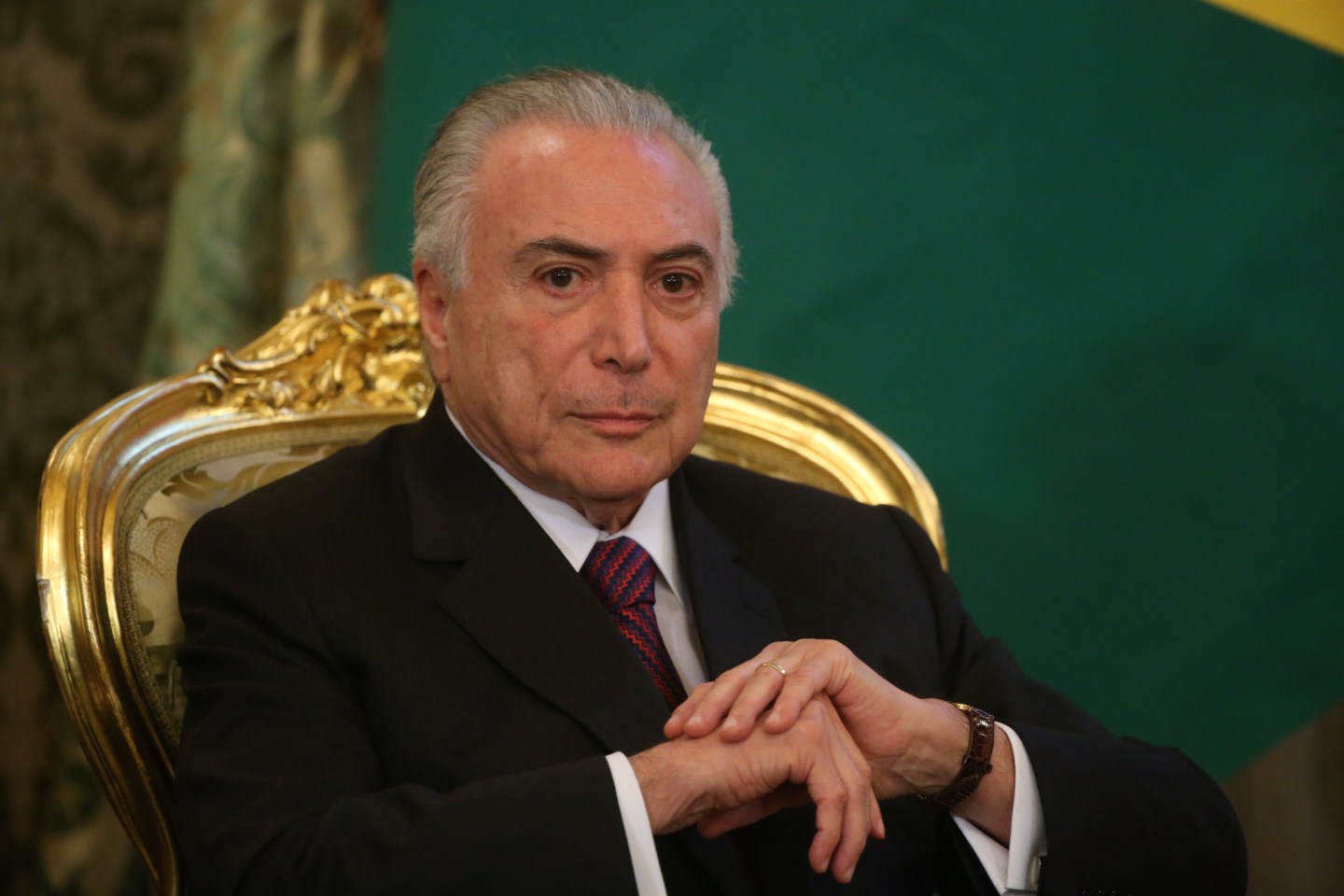 A justice at Brazil’s Federal Supreme Court has delivered to the country’s top prosecutor the bulk of an investigation into allegations that President Michel Temer took bribes in exchange for political favors doled out to meatpacker JBS (JBSAY).

The office of Justice Edson Fachin said it sent a copy of the probe to Prosecutor-General Rodrigo Janot on Thursday, who will have five days to lodge formal charges against Temer. Under Brazilian law, the probe has to be overseen by Fachin, who approved the graft probe into Temer in May.

The allegations are based on plea-bargain testimony from members of the family that controls JBS, who said they paid Temer at least $4.6 million in bribes since at least 2010 to help win lucrative government contracts, resolve massive tax disputes with the government and help obtain free loans from state development bank BNDES.

The five-day deadline stems from the potential expiration of the preventive detention of a former Temer aide who was accused of receiving bribes on behalf of the president.

Temer has repeatedly denied any wrongdoing. Efforts to contact Temer‘s lawyer for comments were unsuccessful.