Qatar Says It Will Not Negotiate Unless Its Neighbors Lift ‘Blockade’ 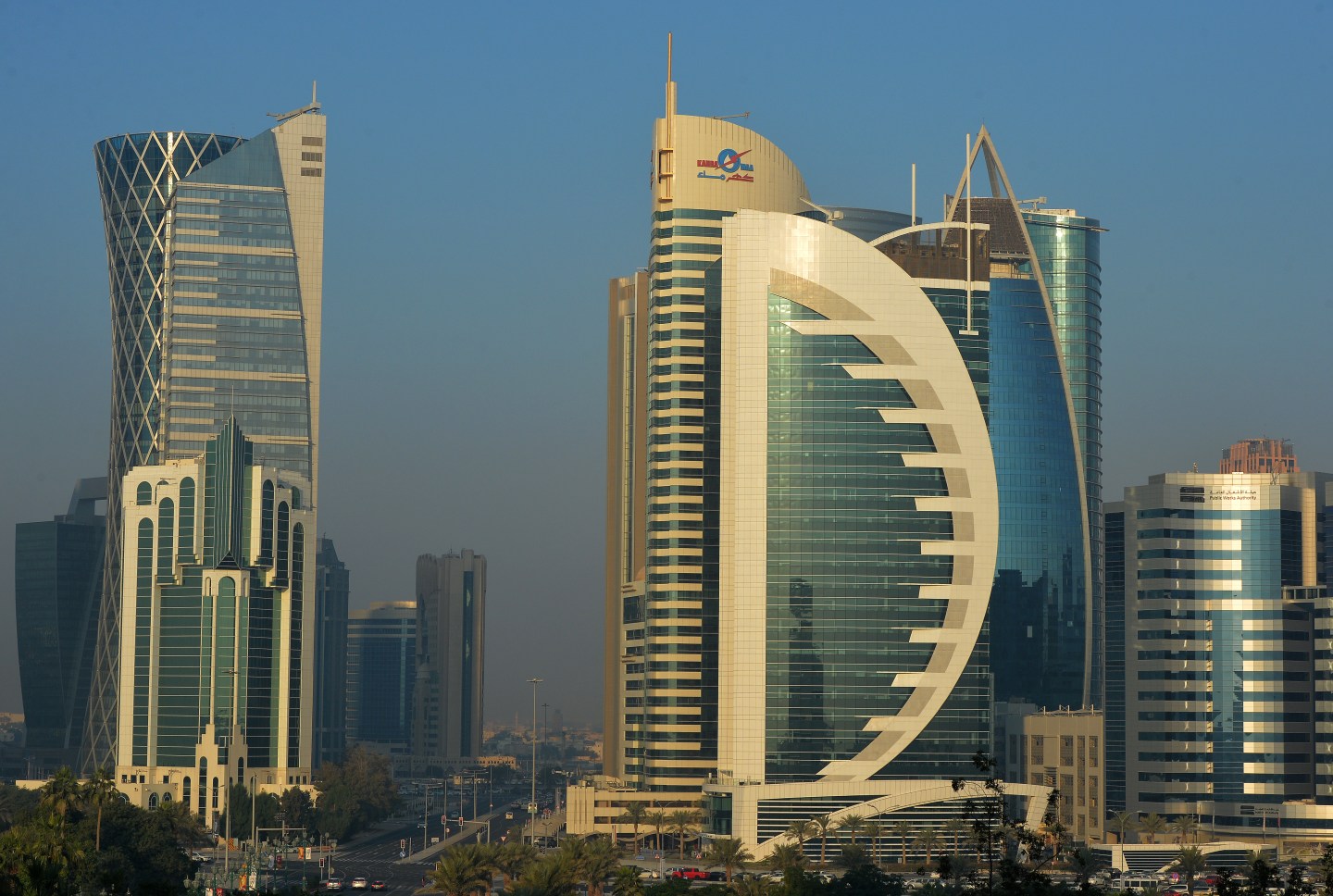 Qatar will not negotiate with its neighbors to resolve the Gulf dispute unless they first lift the trade and travel boycott they imposed two weeks ago, its foreign minister said, but added Doha still believed a solution was possible.

The United Arab Emirates, which along with Saudi Arabia, Egypt and Bahrain imposed the measures to isolate Qatar, said the sanctions could last for years unless Doha accepted demands that the Arab powers plan to reveal in coming days.

Qatar has denied accusations by its neighbors that it funds terrorism, foments regional instability or has cosied up to their enemy Iran. The dispute has opened a rift among some of the main U.S. allies in the Middle East, with President Donald Trump backing tough measures against Qatar even as his State Department and Defense Department have sought to remain neutral.

On Monday Qatar held war games with Turkish troops, showing off one of its few remaining strong alliances after two weeks of unprecedented isolation.

Foreign Minister Sheikh Mohammed bin Abdulrahman al-Thani said Doha was ready to “engage and address” the concerns of other Gulf Arab states in what he described as a proper dialogue with pre-determined principles, but reiterated that sanctions must be lifted first.

“Until now we didn’t see any progress about lifting the blockade, which is the condition for anything to move forward,” Sheikh Mohammed said. The countries that imposed the sanctions have denied that they amount to a blockade.

Sheikh Mohammed said he planned to travel to Washington next week to discuss the economic effect of the “blockade” and its effects on the global fight against terrorism.

“We have a very strong partnership with the U.S. We are partners together in the global coalition of countering terrorism. We have been talking to them since the crisis started,” he said.

UAE Minister of State for Foreign Affairs Anwar Gargash said earlier on Monday said that those seeking to isolate Qatar had no intention of backing down unless their demands were met.

“Qatar will realize that this is a new state of affairs and isolation can last years,” Gargash told reporters in Paris.

“If they want to be isolated because of their perverted view of what their political role is, then let them be isolated. They are still in a phase of denial and anger,” he said, adding that a list of grievances for Qatar to address would be completed in the coming days.

Qatar has relished support from Turkey during the dispute. Its state-funded pan-Arab Al Jazeera news channel showed footage of a column of armoured personnel carriers flying the Turkish flag inside the Tariq bin Ziyad military base in Doha.

It reported that additional Turkish troops had arrived in Qatar on Sunday for the exercises, although military sources in the region told Reuters the operation actually involved Turkish troops who were already present rather than new arrivals.

The dispute is a major test for the United States, close allies with both sides and which houses the headquarters of its air power in the Middle East at an air base in Qatar.

The chairman of the U.S. Joint Chiefs of Staff said on Monday that military operations against Islamic State from Qatar were continuing while acknowledging some friction.

“But what I said last week remains true, in that we have continued to be able to operate, even through that friction,” Marine General Joseph Dunford told reporters in Washington.

Qatar, the world’s richest country per capita, has used its wealth over the past decade to exert influence abroad, backing factions in civil wars and revolts across the Middle East. It has said it is now being punished for straying from its neighbors’ backing for authoritarian hereditary and military rulers.

“It is unfortunate that our neighbors have chosen to invest their time and resources in a baseless propaganda campaign,” Sheikh Saif Bin Ahmed al-Thani, director of Qatar’s Government Communications Office, said in a statement on Monday, calling the terrorism accusations a “publicity stunt.”

The Qatar Financial Centre, which administers special rules for foreign-owned companies operating in Qatar, said on Monday it has no plans to take any action against Saudi Arabian, Emirati or Bahraini firms in response to their governments’ sanctions against Doha. “It remains business as usual, and we intend to keep it that way,” its chief executive Yousef al-Jaida said.

Jaida said Qatar’s government was also prepared to support local banks if foreign institutions withdraw deposits from them because of the economic boycott.

Turkey is one of the few powerful countries in the region willing to openly show its support for Qatar. Two days after the sanctions were imposed, its parliament fast-tracked legislation to allow more troops to be deployed to Qatar, where about 90 Turkish soldiers are stationed under a 2014 agreement.

For more on the Middle East, watch Fortune’s video:

Turkey has said it would deploy 3,000 ground troops at the base, primarily to serve as a venue for joint exercises.

Qatar has only 300,000 citizens enjoying the wealth produced by the world’s largest exports of liquefied natural gas. The rest of its 2.7 million people are foreign migrant workers, mostly manual labourers employed on vast construction projects that have crowned the tiny desert peninsula with skyscrapers as well as stadiums for the 2022 soccer world cup.

The sanctions have disrupted its main routes to import goods by land from Saudi Arabia and by sea from big container ships docked in the United Arab Emirates. But it so far has avoided economic collapse by quickly finding alternative routes, and it said its vast financial reserves would meet any challenges.

Qatar has said the sanctions have also brought personal hardship for its citizens who live in neighboring countries or have relatives there. The countries that imposed the sanctions gave Qataris two weeks to leave, which expired on Monday.

Thousands of Qataris have been unable to board flights to the UAE, Saudi Arabia and Bahrain, and cut off from relatives in those countries.

The Qatari government communications director, Sheikh Saif, said Saudi, Emirati, and Bahraini families had been “forcibly recalled” on Monday by their governments despite being invited by Qatar to stay.