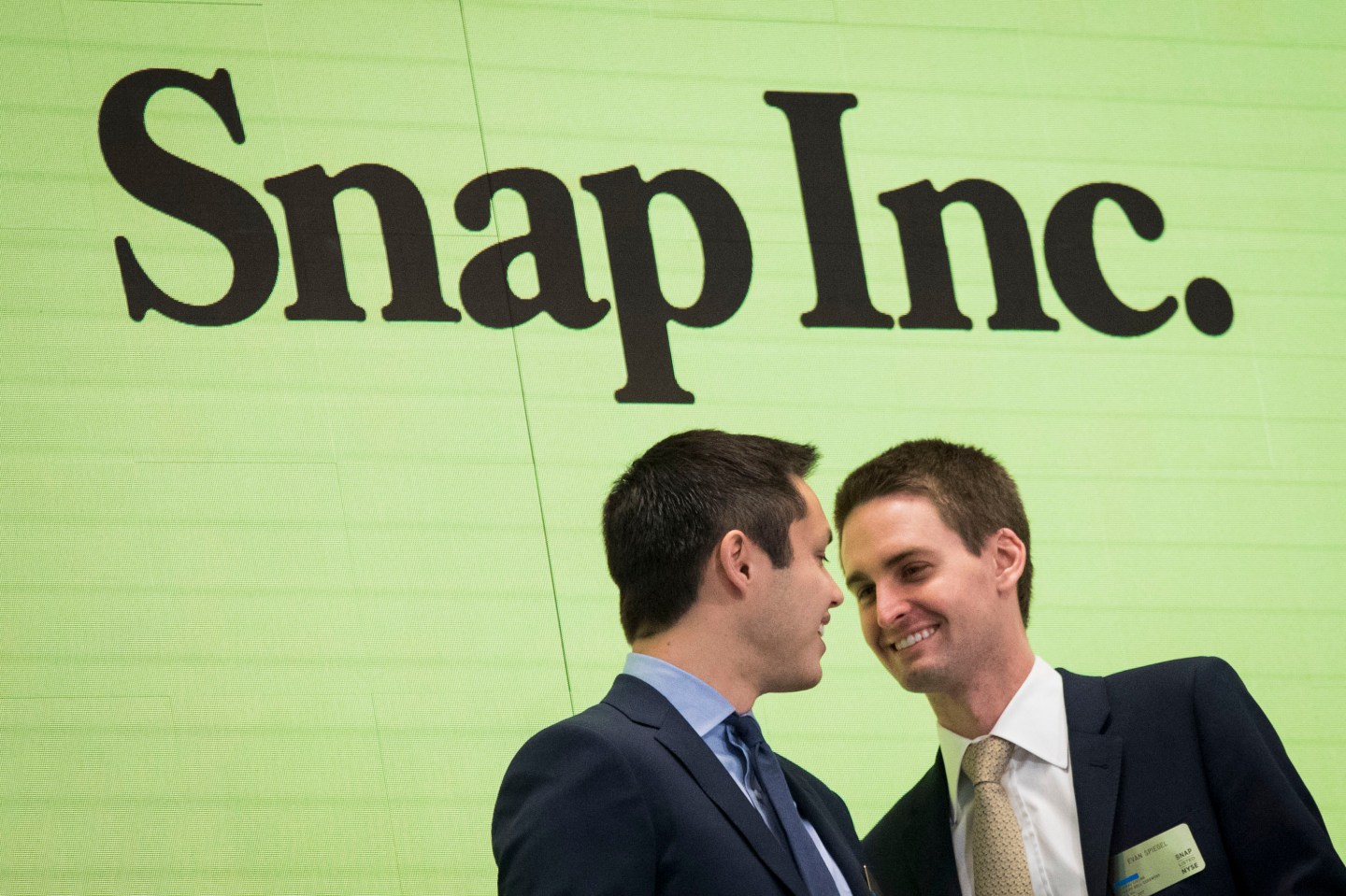 As Snap tries to outrun larger and better-funded competitors like Instagram, the company behind the popular Snapchat messaging app is having to keep pushing the goalposts further down the field, and its latest big push is TV-style video.

Snap has been experimenting with short-form video “shows” for some time now, including some one-off projects related to Saturday Night Live as part of a deal with NBCUniversal, which recently invested $500 million in the company. But now Snap seems to be making a major effort to roll out the strategy.

Late-night talk show host James Corden has signed up to do a show for the app that involves a talent search for the next great late-night host, and comedian Conan O’Brien is producing an animated comedy show. NBC, meanwhile, is slated to deliver a daily news show for Snap later this year.

Snap is also working on a multi-show deal with the Discovery Network, and similar deals are said to be coming with Vice Media, ABC News, the BBC and the NFL. According to a report in Variety, Snap wants to quadruple the number of shows it has from 5 to 20.

The company says that its push further into TV-style video came as a result of seeing the success of its first such effort: A news show called Good Luck America that was introduced during the election campaign, starring Snap’s head of editorial and former CNN reporter Peter Hamby.

Snap says the show got 5.2 million viewers per episode in its latest season, although it should be noted that a “viewer” on Snapchat isn’t the same as a viewer on television. Snap counts as a view anyone who clicked to start a video.

In a larger sense, Snap’s move into video is not surprising. Video, and particularly mobile video, is one of the few areas in the digital ad market that is showing some strength, and almost every major technology and media company from Facebook to Amazon is going after it.

Facebook, for example, has made it clear that it wants to do deals with anyone who has short-form TV-style video, and it’s willing to pay up in order to get the rights. According to Reuters, it has already signed deals with Vox Media, BuzzFeed and others.

The motivation for Snap to be a part of this video land-rush is even more compelling than it is for Facebook, Amazon, and YouTube. After an initial public offering in March that gave it a theoretical market value of $27 billion, Snap is facing considerable pressure to show that it can increase revenue, and quickly.

Snap CEO Evan Spiegel likes to boast about the amount of time users spend with the Snapchat app, but many analysts and investors seem concerned about things like the declining rate of user growth and the risk that advertising revenue may not match expectations. That’s what helped shave $6 billion off the company’s market cap following its recent earnings report.

One way to address this problem is to give advertisers and investors something they understand, which is TV-style video. But the big unanswered question is: Will Snapchat users take to this format? Or do they mostly just want to exchange personal messages with their friends?

In a way, all the things that have made Snapchat such a viral hit over the past couple of years are the same things that could make it difficult for it to succeed with a larger mass-media strategy.

The key appeal for many users in the early days was that Snapchat messages only went to a small group of friends, and that they disappeared within 10 seconds. This made it perfect for intensely personal messages. And Snapchat played to this use case by not providing the usual social-status indicators like follower counts and view counts.

As it has grown larger and felt the need to justify its eye-popping valuation, Snap has tried to build a much broader media strategy on top of this focus on personal messaging. It started with Discover, a feature that added “stories” from news outlets like CNN and BuzzFeed.

Video is the next iteration of that strategy (Snapchat’s TV shows will have their own section within the Discover tab, Variety says). But will this effort prove that Snap can combine its millennial audience with the revenue-generating ability of video? Or will it take the company too far away from its roots?

As we’ve seen with Instagram’s relentless copy-cat approach over the past year, another big risk for Snap is that the Facebook-backed company—or even Facebook itself—will simply move in on its market even further and suck all of the oxygen from the room when it comes to video.

Snap will undoubtedly point to its millennial reach and those much-talked-about engagement numbers as a way of arguing that it is more valuable. And that might work for some advertisers.

At the same time, however, Facebook’s 1.8 billion users are a powerful draw, and so are the massive amounts of money that the social networking giant has the ability to spend on TV-style video. And even if Facebook doesn’t prove to be the Snap-killer when it comes to video, there’s always Amazon and YouTube and likely Apple as well to contend with.

No one said being a $20-billion startup was going to be easy. Welcome to the jungle, Evan.