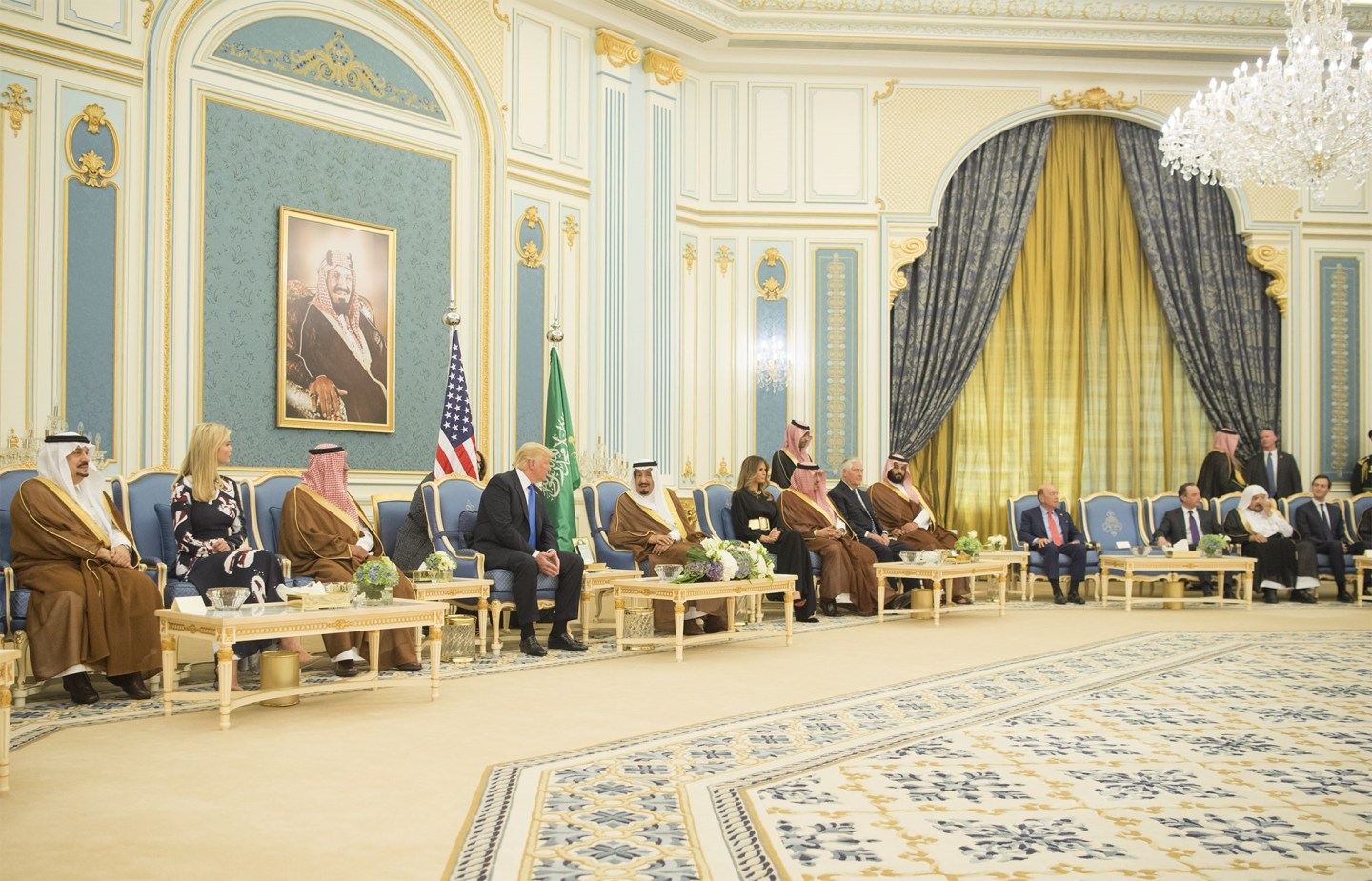 Earlier this week, President Trump signed a nearly $110 billion weapons deal with Saudi Arabia, a move that immediately sent defense stocks from Boeing to Lockheed Martin soaring, as investors expected it would spawn US job growth and greater security cooperation, particularly in the fight against ISIS.

The case for this deal is made to sound like a winning combination that both encourages investment in American jobs while putting responsibility on Saudis to “drive out” terrorism. But violent extremist groups are not America’s greatest threat. The real threat is an increasingly influential kingdom with a powerful military capability that does not share America’s values of freedom for all, human dignity, and justice.

The deal should have been negotiated with certain conditions as exchanges of such scale can carry unintended consequences that we will pay a greater cost for later.

Saudi Arabia‘s economy has been embroiled in conflict and suffering from the volatile price of oil and massive deficits. Their egregious history of human rights violations have kept U.S.- Saudi relations restrained to oil and security cooperation.

But the latest defense deal suggests Saudi Arabia sees an opportunity, suggesting officials are open to crafting an ambitious and politically aggressive strategy to exchange its reliance on oil revenues for military-industrial revenues.

This sentiment echoes Saudi Vision 2030, the country’s business plan to become the heart of the Arab and Islamic worlds which aims to diversify its economy away from oil as well as lessen its dependence on other countries for military capabilities.

Saudi Arabia has been courting Trump by proposing projects that they point to as mutually beneficial. And Trump’s speech noted that America’s relationship is “based on shared interests and values.” But we must remember that while mutual interests might be shared interests, they are not the same as equal ones. And we must look at how those ideals could be used to justify their own interests and agenda.

Saudi Arabia is currently one of the world’s leading buyers of U.S. weapons, but only 2% of production and repair happen in the Kingdom. Historically, U.S. defense packages have come with long-term sustainment contracts for repairs, upgrades, and modernization, which theoretically produce American jobs but don’t actually do so, largely because of the automation of those production processes. So, those jobs aren’t going back to traditional manufacturing laborers, but at best, a smaller number of young, high-skilled employees from the technology sectors.

The Kingdom is investing over $1.62 billion domestically on offensive and deterrence programs, including advanced guidance systems, defense radars, and sensors, as well as communications and electronic warfare capabilities.

By 2030, over 50% of Saudi Arabia’s military spending will be on domestic procurement, expertise, research, and development. The majority of manufacturing and repairs of military vehicles, aircraft, drones and missiles — all the air and land systems support that would usually go to American contractors — would now be done locally.

What’s more, lawmakers, concerned with just how many jobs this deal truly creates for Americans, also voice concerns about negotiating deals and consequently abandoning our democratic values by endorsing oppressive regime like Saudi Arabia. The US is effectively helping them become a growing power, strengthening their ability to spread their values in the region.

So is this deal good for America in the long term? Are we trading in our leadership and values for short term gains that will bear unintended consequences?

America must lead again. Because if we don’t lead, I promise you; we won’t like who will.

Mina Chang is CEO of Linking the World and an International Security Fellow for New America.