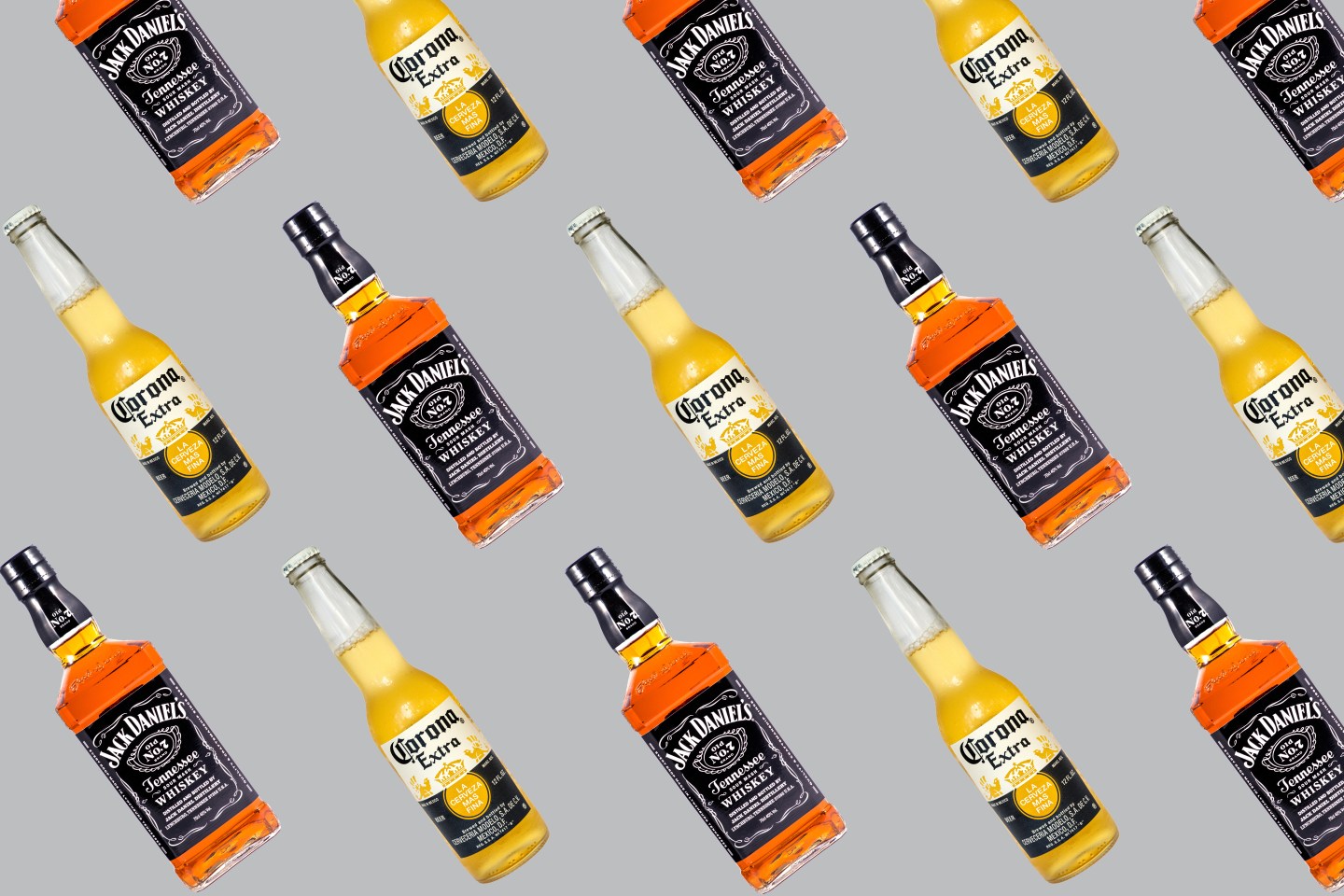 Hold off on toasting any speculation that Corona maker Constellation Brands may try to ink a deal for Jack Daniel’s producer Brown-Forman.

If a transaction were to occur, it would create an alcohol giant worth a combined $53.5 billion based on current valuations of the firms. While Constellation Brands often describes itself as the largest combined spirits, wine, and beer maker in the U.S.—most of the $7.3 billion it generates annual comes from the latter two categories ($2.7 billion from wine, $4.2 billion from beer). Buying Brown-Forman—which sells Herradura tequila and the Woodford Reserve and Old Forester bourbons—would add a jolt to the spirits business.

But Wall Street analysts aren’t yet sold on the deal. There are concerns about Constellation Brands’ ability to finance the deal, with Wells Fargo musing Constellation Brands could only raise a few billion in cash, not enough to buy Brown-Forman considering it is worth around $20 billion. Another major roadblock: Brown-Forman is family controlled by the Brown family. Current Chairman Garvin Brown IV is a descendant of the company’s founder and is part of the fifth generation of Brown family members actively steering the family-controlled company. A potential merger of equals would also be tough because Constellation is a legacy wine producer started by the Sands family (a member of that family is currently CEO). Neither family may see an incentive to sell after decades of control.

“The 150-year-old Jack Daniel’s brand was acquired by the Brown family in 1965, and has been a key driver of multi-generational wealth for BFB insiders,” wrote Cowen analyst Vivien Azer in an analyst report. “The family has benefited mightily from the strong returns of the business, as BFB’s shares have outperformed the S&P 500 by 550% over the last 20 years.”

Even if Constellation Brands doesn’t acquire Brown-Forman, the rumors indicate that the Corona maker could be on the hunt for a bigger transformation deal, says Wells Fargo’s Bonnie Herzog.

“Acquisitions have played an important role in our history and have helped to make our company what it is today,” Constellation CEO Rob Sands told investors during a presentation last fall. “In an industry where leadership matters, and distributors and retailers, acquisitions can play a key role and complement our organic growth strategy.”

Recently, most of those deals have been bolt-on in size. Constellation Brands paid almost $1 billion for craft brewer Ballast Point late in 2015 and spent $160 million last year for High West Distillery. The strategy Constellation Brands has aimed to employ is one that is built on scooping on brands that sell premium-priced alcohol. Brown-Forman would fit into that trend nicely.

Putting aside the rumored Brown-Forman deal, the problem Constellation Brands must confront is that there aren’t many attractive spirits acquisition targets out there today. Bacardi and Jose Cuervo, like Brown-Forman, are each family controlled. Patrón Spirits is still actively run by the company’s founder. The other major American spirits company—Jim Beam and Maker’s Mark seller Beam—was acquired by Japan’s Suntory for $13.6 billion in 2014. But the spirits industry is nearly due for a blockbuster deal. Traditionally a big takeover occurs in the spirits industry about once every five years. Before the Suntory-Beam tie up, French spirits giant Pernod Ricard paid $8.3 billion for Absolut vodka maker Vin & Sprit AB back in 2008.

The tough takeover environment in the world of spirits may prove that Constellation Brands should focus more on beer M&A. Bloomberg names Sam Adams maker Boston Beer (SAM) as a possible target, as it sells premium-priced craft ales and is one of the largest players in the craft space (albeit, sales have been challenged of late). But Boston Beer’s founder Jim Koch remains actively involved as chairman and would be a buyout barrier like the Brown family.

There’s another possibility. Herzog says Constellation Brands could split the beer business from the wine & spirits brands. If it were to do that, it could potentially sell the beer assets to another brewer, namely Molson Coors (TAP-A) or Heineken (HEINEKEN-N-V), and possibly aim for a tie-up with Brown-Forman on the wine and spirits side.