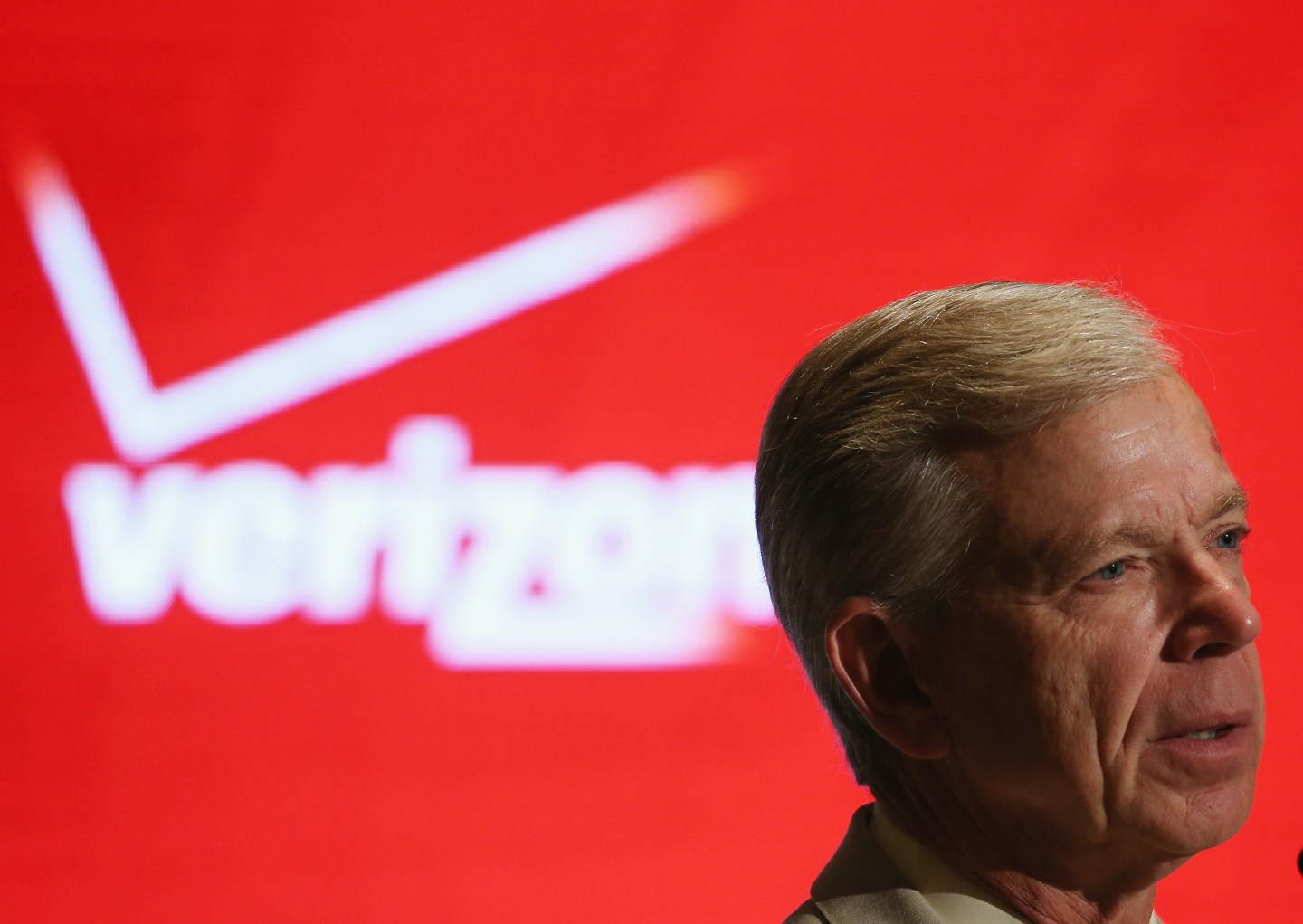 Verizon CEO Lowell McAdam was back on his best behavior on Monday night at a meeting with Wall Street analysts. And the clear message was that the carrier plans to lean on its current efforts to boost growth, rather than follow rival AT&T into the realm of mega-media mergers.

McAdam muddied the waters last month, when asked in an interview about whether he’d take a call about a merger from Comcast (CMCSA) CEO Brian Roberts. The Verizon CEO said, sure, he’d “have a discussion” with Roberts, adding that he’d also chat with Bob Iger, CEO of Disney (DIS), and CBS (CBS) boss Les Moonves. The comment seemed to contradict at least two years of Verizon messaging that it wanted to play in new, digital media, like its acquisitions of AOL and Yahoo, and not old media.

On Monday, McAdam sought to explain away the incoming phone calls comment. “Well, I like to consider myself a polite and hospitable person,” McAdam said. “It doesn’t change anything that’s gone on in the last five years. If somebody calls, you have a nice chat with them. But the bottom line is we don’t feel the urgency that seems to be out there in the analyst community, the banking community, and the media.”

After speculation by Wall Street that the Trump administration would usher in a new era for media and communications consolidation, most industry leaders lately have been trying to tamp down the excitement. Before McAdam’s comments, Sprint (S) CEO Marcelo Claure last week said his company was “in no hurry to jump into anything” merger-related. And while rumors had also circulated that Comcast may buy a wireless company to build up its new mobile service, the cable giant agreed this week not to make any deal without permission from wireless partner Charter Communications (CHTR). That, too, was seen as a sign that the cable companies were less eager to gin up much M&A dealmaking.

McAdam declined to comment about one small deal that does reportedly involve Verizon. Tiny 5G spectrum license owner Straight Path Communications (STRP) is the subject of a bidding war between AT&T (T) and an undisclosed second bidder, reported to be Verizon, that has driven its stock up more than 500% in the past month.

So far, McAdam has been keeping his purchases relatively small, by comparison. Verizon (VZ) spent less than $10 billion on AOL and Yahoo, in sharp contrast to AT&T paying $67 billion including debt for satellite TV service DirecTV in 2015 and bidding $109 billion for entertainment giant Time Warner (TWX) last year.