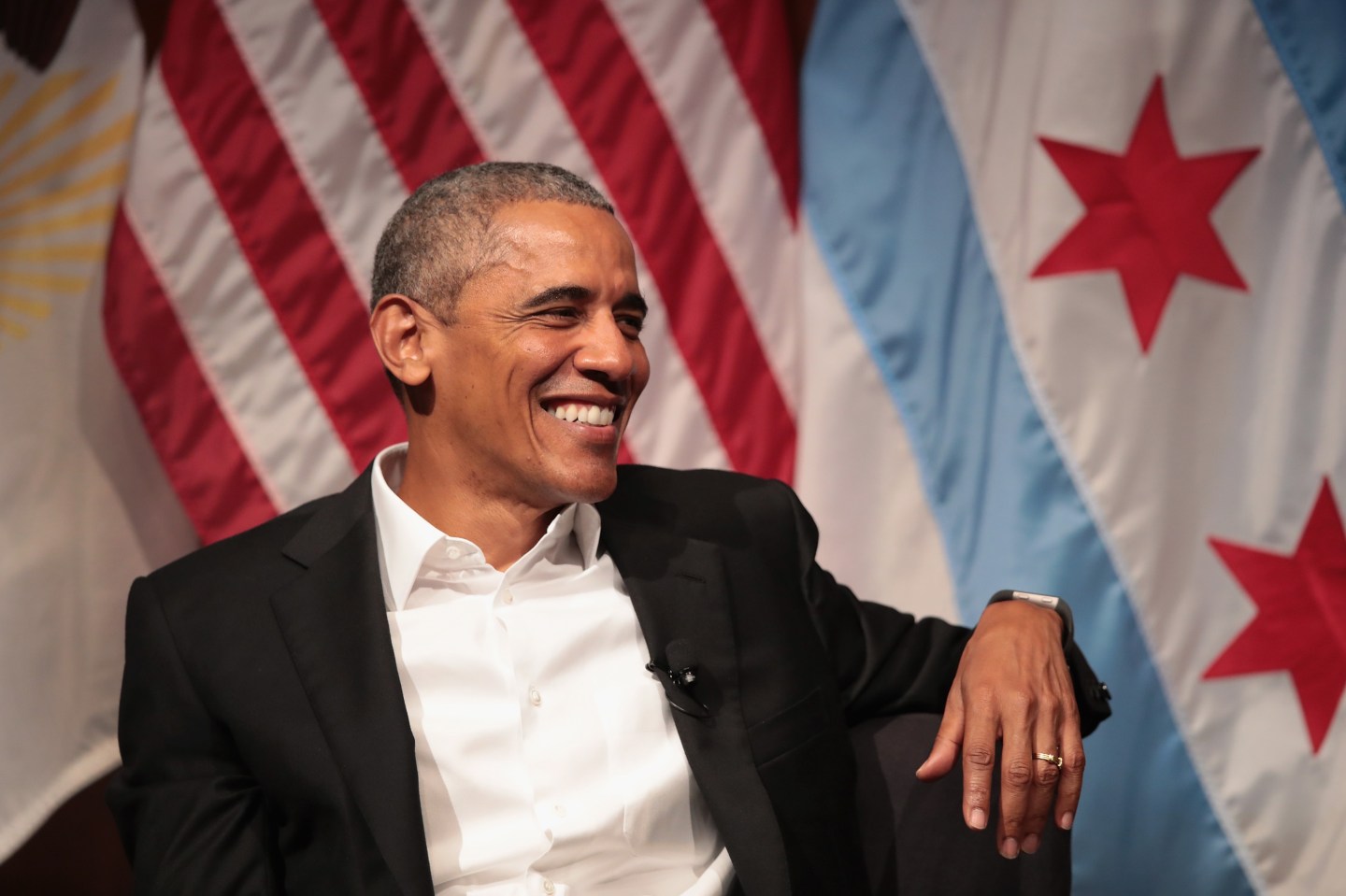 “With regard to this or any speech involving Wall Street sponsors, I’d just point out that in 2008, Barack Obama raised more money from Wall Street than any candidate in history — and still went on to successfully pass and implement the toughest reforms on Wall Street since FDR,” Schultz said in a statement.

Reports that Obama would earn $400,000 for the speech drew criticism this week, as people argued that accepting money from Wall Street firms would go against his beliefs. Obama’s post-presidential career will include a number of speeches and a two-book deal with Penguin Random House for $60 million.

“While he’ll continue to give speeches from time to time, he’ll spend most of his time writing his book and, as he said in Chicago this week, focusing his post-presidency work on training and elevating a new generation of political leaders in America,” Schultz said.