This U.S. State’s Free College Plan Isn’t All It’s Cracked Up to Be 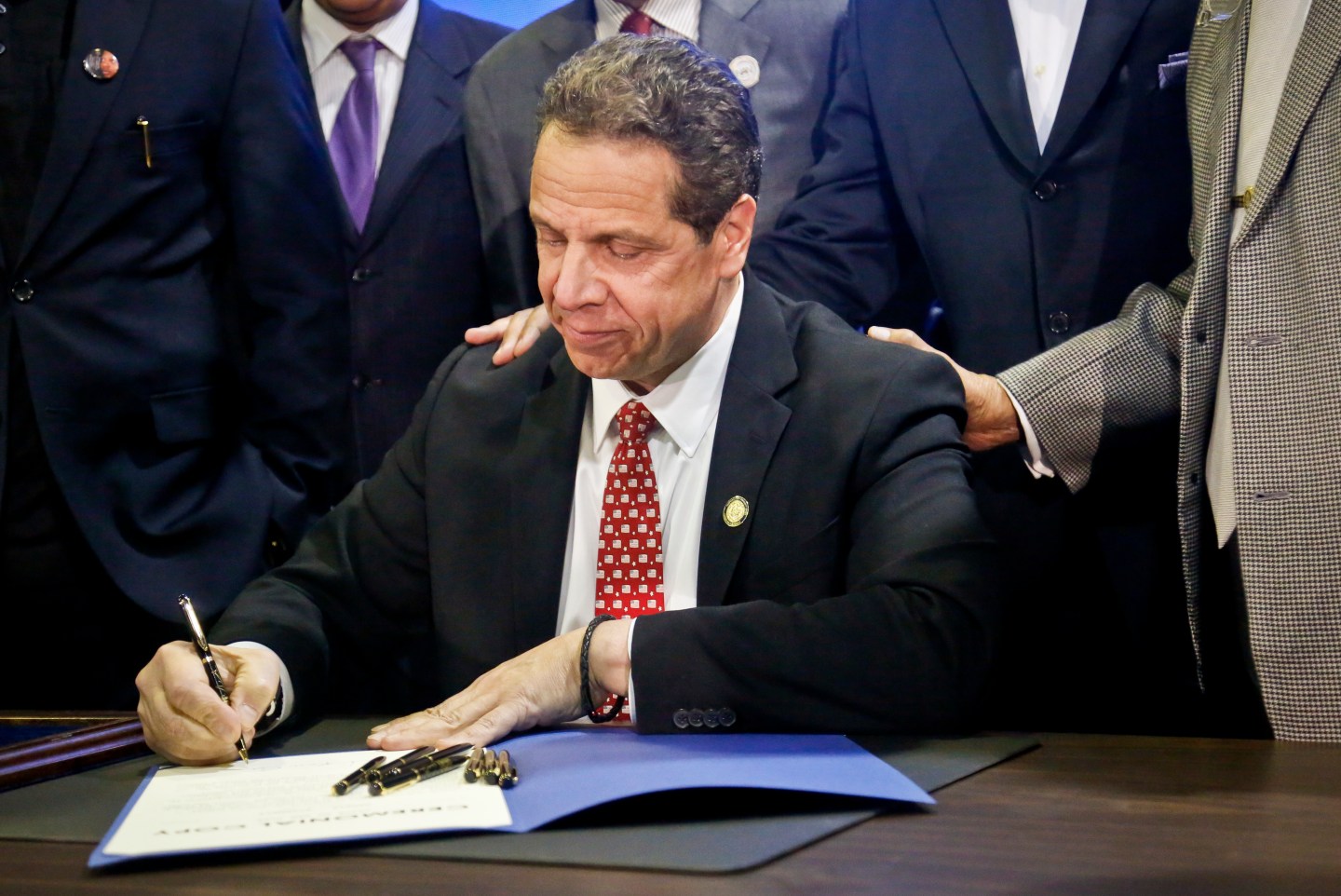 A four-year degree has become a practical necessity in today’s labor market for those seeking a middle-class or better standard of living. At the same time, the cost of attending college has risen at a much faster rate than median income, putting even middle-class families in a tough spot when trying to figure out how to finance their children’s college education.

This is the impetus behind New York State’s Excelsior Scholarship plan, which was signed into law by Gov. Andrew Cuomo on Wednesday. The plan provides free tuition to students whose families earn less than $125,000 at all public two- and four-year colleges. While this will undoubtedly provide a needed boost to many middle-class families, there are some important flaws in its design that will cap its benefits for many and even make some worse off.

Regardless of the new free college plan’s flaws, the status quo of college education for lower- and middle-class Americans is not sustainable. Roughly three out of every five student loan borrowers are not making any progress paying down their principal loan balance three years after leaving school; that fraction only decreases to 57% seven years post-college. At best, these former students are barely keeping pace with interest payments. But most are likely seeing their debt continue to grow. In addition, there is a real psychological burden to navigating the (often needlessly) complex financial aid system, particularly for first-generation college students.

On top of that, graduating, particularly in a timely manner, is far from a sure thing. Arguably the worst position to be in is to have student loan debt (which typically cannot be discharged in bankruptcy), but have no degree. And even among those who complete a degree, it may not “pay off” until much later in life depending on the major, school attended, or other factors.

It’s not in dispute that there is no better and safer investment than a college degree. But just because on average it pays for itself many times over throughout a lifetime does not mean pursuing a degree is without risk.

We don’t have enough information yet to know whether the benefits of a national free college plan are worth the substantial monetary investment such a plan would require. But states can act as laboratories to figure out which financing models work best. New York will be the first major test case for middle-class families.

Gov. Cuomo’s plan, however, suffers from a potentially fatal flaw. At the last minute before the bill was signed, lawmakers included a clause that turns all tuition subsidies a student receives under the plan into a loan if they leave the state within four years of graduating (assuming they received four years worth of funding).

This is a big problem for several reasons. First, the ability to compete in the national labor market is a key reason that a college degree offers such a large financial return. This requirement puts a significant handicap on the job prospects of middle-class students at a critical point in their careers.

Second, it can encourage undesirable behavior, such as incentivizing an unemployed recent graduate to stay in New York and consume safety net services rather than taking an entry-level job in another state. A $30,000 tax is a powerful reason not to move. This could even lead to New York employers offering slightly lower salaries to in-state grads, since they’ll know this group has fewer out-of-state options.

Third, students who move out of state would actually be worse off for having participated in the free college program, because the loan they receive will not have the same benefits and protections that come with federal student loans (which they would have taken out in the absence of this plan). The most significant protection missing would be income-based repayment, which ties loan payments to how much someone makes.

Any effort to increase college access and reduce the burden on middle-class and low-income students should be lauded, as it is an investment that benefits both individuals and society as a whole. The New York free college program certainly has the potential to help many families struggling with the rising price of college. In this case, however, the law’s details reveal it to be far less generous than at first glance.

Douglas Webber is an assistant professor in the department of economics at Temple University.