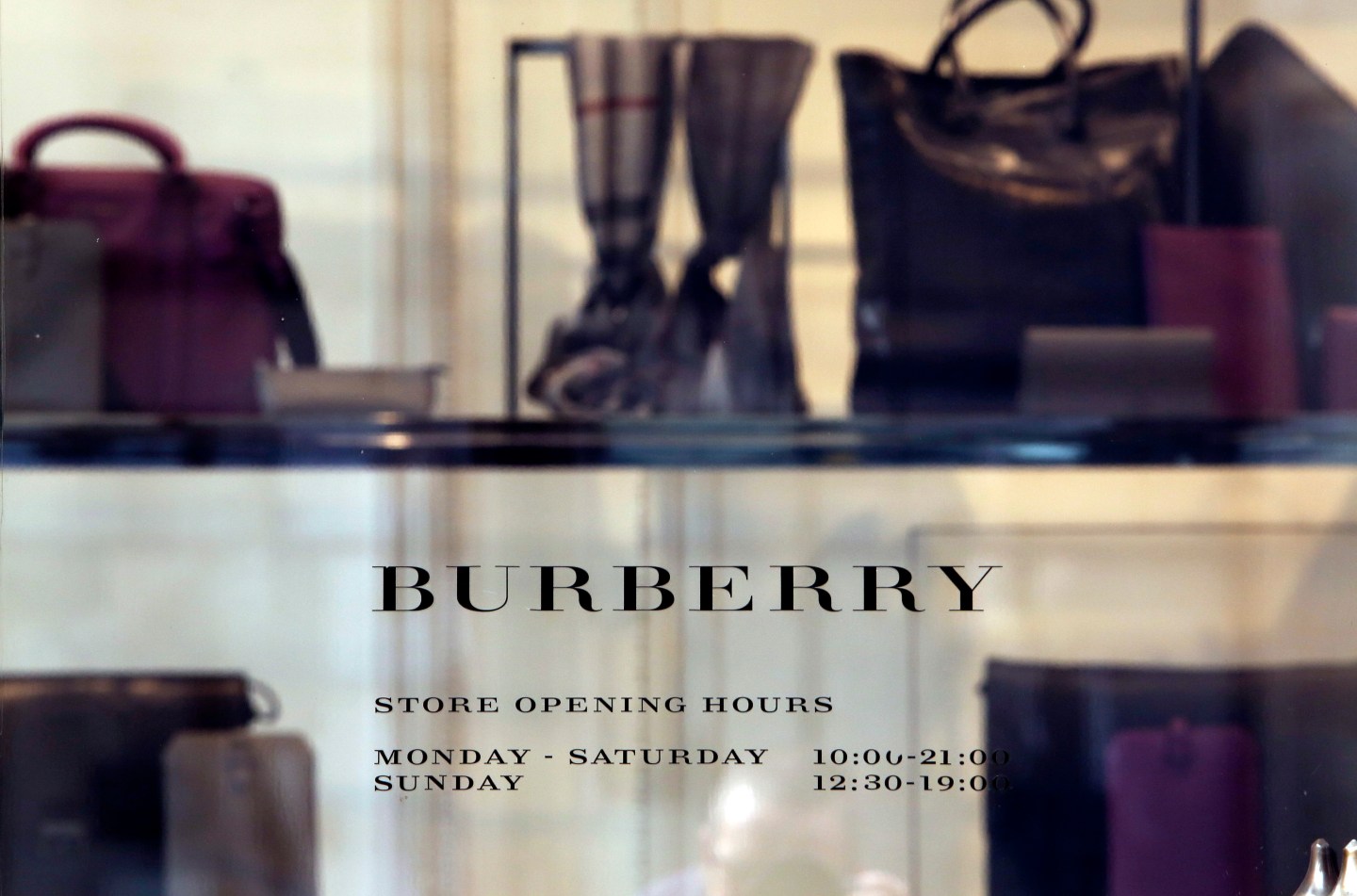 A logo sits on the window of a display outside Burberry Group Plc's luxury clothing store on Regent Street in London, U.K., on Tuesday, Oct. 15, 2013.
Chris Ratcliffe—Bloomberg — Getty Images

British luxury brand Burberry said on Monday it would transfer its beauty business to U.S. group Coty in a deal that will bring in around $225 million plus ongoing royalty payments and grow the division.

Known for its British-made trenchcoats, Burberry’s fragrances include My Burberry and Mr Burberry and it has expanded into cosmetics in recent years to help introduce its brand to younger consumers.

The company, which brought the perfume business in house in 2013 after licensing it to a third party, said it would retain creative control of the division while beauty products maker Coty would bring its global distribution network to the table.“Working with a global partner of their scale and expertise will help drive the next phase of Burberry Beauty’s development and position this business for future growth,” said Christopher Bailey, Burberry’s chief creative and chief executive officer.

Burberry, which features models Cara Delevingne and Rosie Huntington-Whiteley in its campaigns, said it expected the agreement to be broadly neutral to adjusted profit before tax in the 2017/18 transition year and accretive the following year.

The exclusive licensing agreement will take effect from October 2017, subject to regulatory approvals.