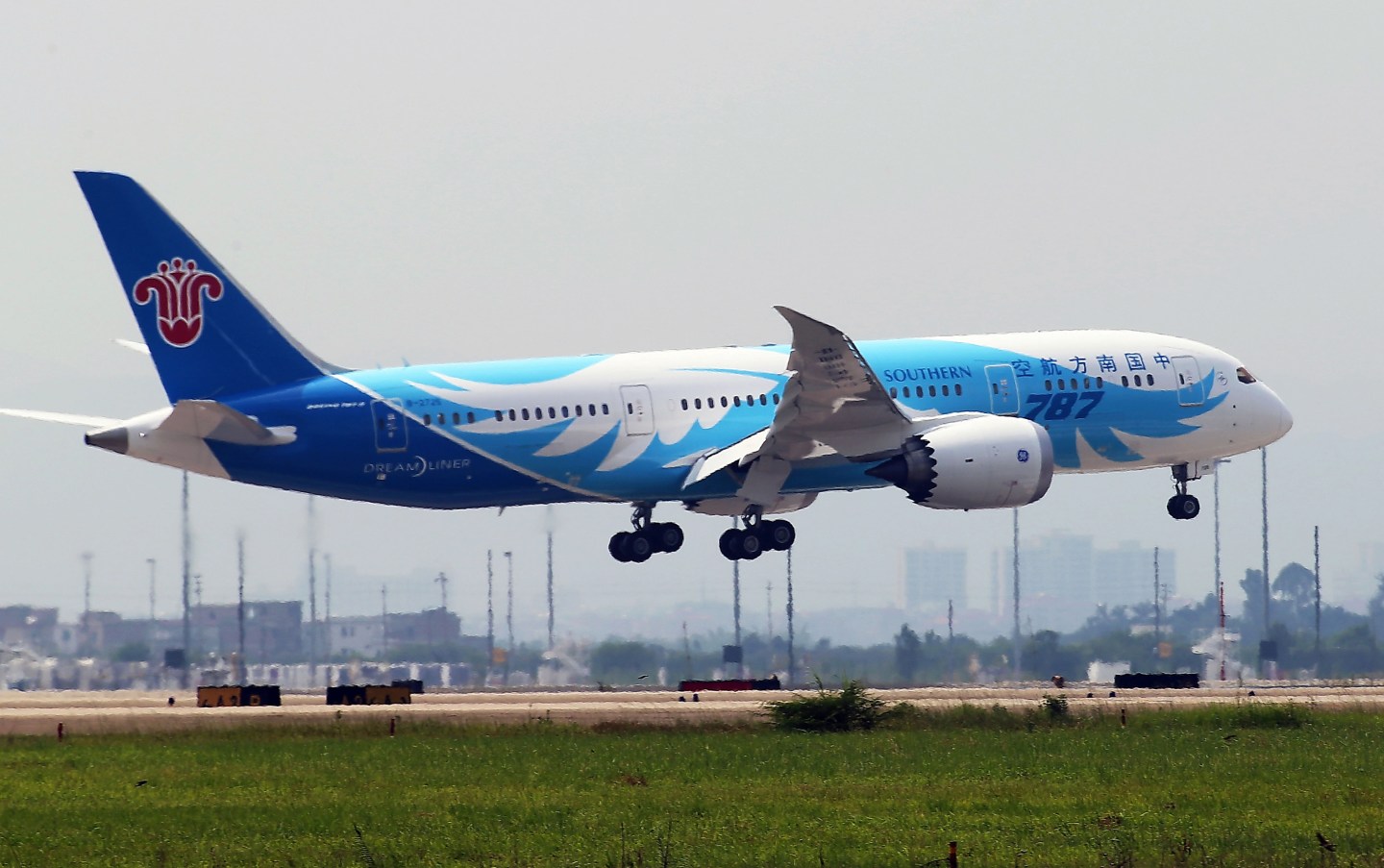 China Southern Airlines said on Tuesday it will sell a small stake to American Airlines Group in a $200 million deal that will give the carriers better access to the world’s two largest travel markets.

China Southern will issue new shares worth HK$1.55 billion ($199.6 million) to American Airlines (AAL), making American the second U.S. carrier to own part of a Chinese airline after Delta Air Lines (DAL) bought 3.55% of China Eastern Airlines for $450 million in 2015.

It also means China’s three biggest airlines now have tie-ups with foreign airlines, something Beijing has encouraged as a way to boost the sector’s global competitiveness. Hong Kong’s Cathay Pacific and Chinese flag carrier Air China purchased stakes in each other in 2006.

In a filing to the Hong Kong stock exchange, China Southern said it would issue 270.61 million Hong Kong-listed H-shares, representing 2.68% of the enlarged share capital of the airline. The shares would be issued at HK$5.74 apiece, or a 4.6% premium to the previous close.

The carrier’s mainland-listed shares, which resumed trading after a three-day suspension, jumped as much as 4.3% in early trading to their highest price in 7-1/2 months.

“We are two of the biggest carriers in the world and our networks are highly complementary,” American Airlines President Robert Isom said in the statement.

For American Airlines, the deal could widen access to China, one of the biggest sources of tourists to the United States, and will help it compete with rival Delta, which has invested in foreign carriers in Mexico, Brazil and Britain in recent years.

Guangzhou-based China Southern, the country’s biggest airline in terms of passenger numbers, said the deal would help it “achieve the strategic goal of building a world-class aviation industry group.”

The airlines also could increase cooperation in other areas including staffing, sales, passenger loyalty programs, and sharing airport facilities, it said.

Analysts, however, said they expected the deal to have little impact on the airlines’ operations beyond closer cooperation.

“But … because the stakeholding is pretty small, I don’t think it will make any material changes in terms of management.”

Beijing has vowed to shake up Chinese airlines by implementing mixed-ownership reforms and introducing private capital and strategic investment into its state-owned enterprises to improve efficiency and competitiveness.

Chinese airlines have been aggressively expanding their fleet and international routes as they seek to capitalize on strong growth in outbound Chinese travel that has far outpaced tourism at home.