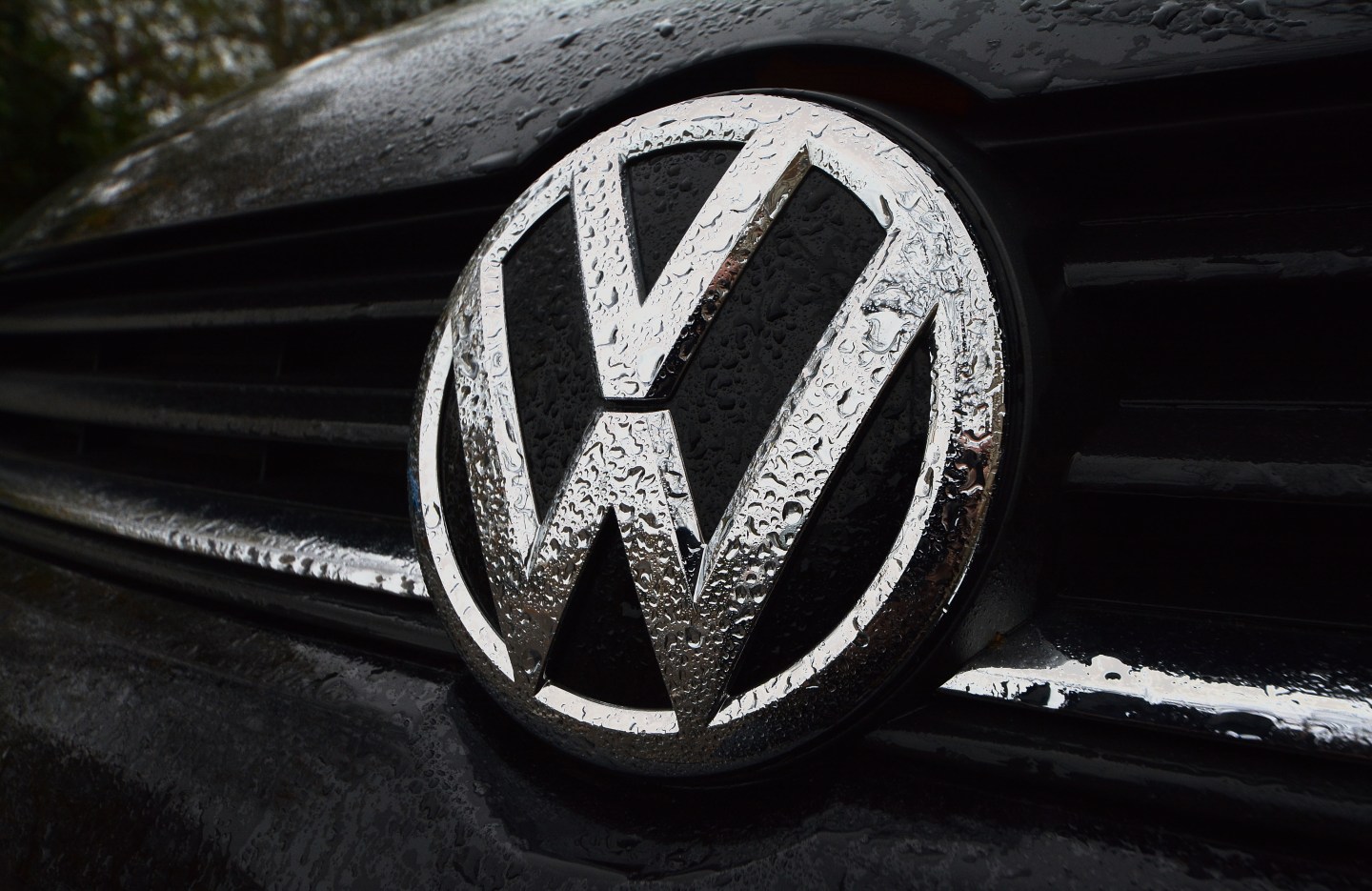 LONDON, UNITED KINGDOM - NOVEMBER 09: The Volkswagen logo is pictured on a Polo model car on November 9, 2015 in London, England. Scandinavian Asset Management company, Nordea, has announced it will pursue legal action against Volkswagen due to major losses over the emissions fixing scandal. Volkswagen faces further investigations and fines in countries across the globe following admissions that the company installed emissions cheating software in millions of it's diesel cars. (Photo by Jim Dyson/Getty Images)
Jim Dyson/Getty Images

Volkswagen left the door open to a potential tie-up with Fiat Chrysler or another rival on Tuesday, as a drop in operating profit at its biggest car brand showed the challenges it still faces 18 months on from its emissions scandal.

The German company is likely to see heightened competition in Europe after Peugeot maker PSA Group agreed this month to buy General Motors’ Opel business to create a stronger second player in the region behind VW.

Fiat Chrysler Automobiles boss Sergio Marchionne said last week that the deal might eventually persuade VW to seek a tie-up with his own company, a suggestion that was swiftly rejected by VW. .

But in an apparent change of tone, VW CEO Matthias Mueller signaled on Tuesday he might be interested in partnerships.

“We are more open on that account than we used to be previously,” he said as VW presented its detailed 2016 results, adding this had “nothing to do with FCA specifically.”

“It would be very helpful if Mr. Marchionne were to communicate his considerations to me too and not just to you,” he told reporters.

A combination of VW and FCA could in theory create a European market giant with a share of around 30 percent, give VW a strong foothold in North America through FCA’s Chrysler operations and fix FCA’s lack of scale in Asia.

But any tie-up would also likely mean thousands of job losses that unions and politicians in Italy and Germany would strongly oppose.

VW said last month it made a record group operating profit in 2016, excluding one-off items, helped by a strong performance from its Porsche sports cars and a turnaround at its Scania trucks business.

Breaking down the figures for the first time, the company said on Tuesday underlying operating profit at its VW brand fell 10% to 1.9 billion euros ($2 billion), with the profit margin slipping to 1.8% from 2% in 2015.

The group said a dip in revenues and higher marketing costs as a result of the September 2015 admission that it cheated U.S. emissions tests on diesel engines were factors in the declines.

Although the group as a whole has bounced back from the scandal, and overtook Japan’s Toyota last year to become the world’s biggest selling carmaker, analysts view a turnaround at the VW brand as key to its prospects.

The brand accounted for almost half of 2016 group revenue, but only just over 10% of underlying operating profit.

The brand struck a deal with unions in November to cut jobs and target 3.7 billion euros of annual savings by 2020 in an effort to lift the profit margin to 4% that year—still below many major rivals.

But squabbles over implementation have sowed doubts among some analysts about whether the targets will be achieved.

“In times where most other car companies are improving efficiency and shaping the industry, VW needs to be very mindful not to waste any more time with internal power struggles,” Evercore ISI analysts said in a research note to clients.

Mueller said VW was “back on track” after agreeing to spend up to $25 billion in the United States to address claims from owners, environmental regulators, states and dealers over its emissions scandal.

“You can rest assured that we will do everything in our power to make 2017 an even better year than 2016,” he said at the 12-brand group’s annual news conference.

He reiterated forecasts for a rise of up to 4% in sales revenues this year and a group profit margin of 6% to 7% versus 6.7% in 2016, and said the group was capable of shouldering its emissions scandal costs.