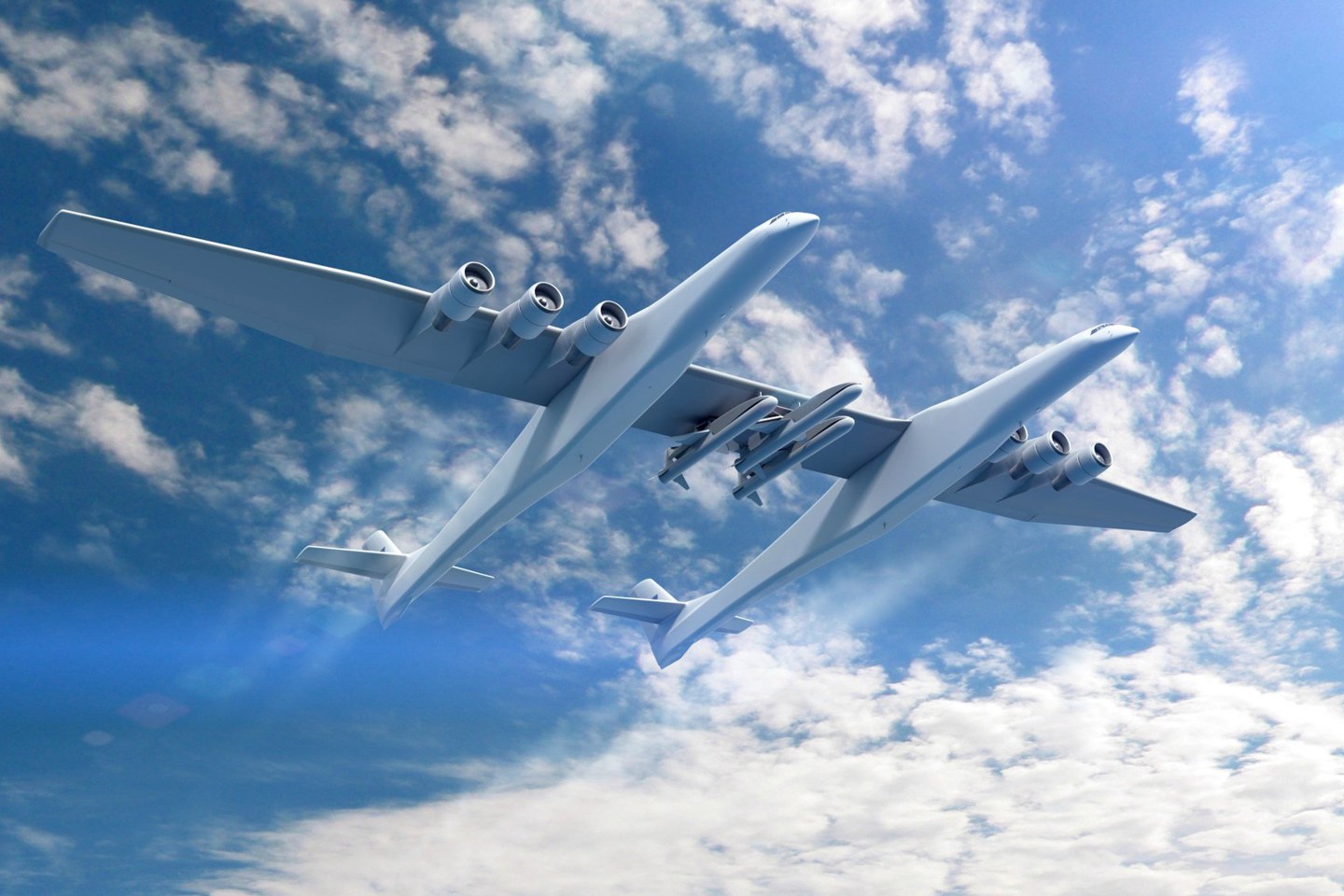 Speaking at an event at the University of Washington, Allen, the co-founder of Microsoft (MSFT), tried to capture the aircraft’s huge size.

“Is it ‘ginormous?’ I don’t know, it’s pretty darn big,” he said, according to Thursday’s report. “The tail is 50 feet high, just the tail. It’s probably the biggest carbon-composite vehicle ever constructed,”

Stratolaunch is meant to provide a cheaper, more flexible way to launch satellites into low-earth orbit. The aircraft will carry satellites high into the atmosphere before launching them.

Allen isn’t the only tech billionaire backing new takes on space flight. Elon Musk, CEO of Tesla (TSLA), is the force behind SpaceX, which ferries cargo to the International Space Station and hopes to transport passengers into space in the not-too-distant future. Blue Origin, backed by Amazon (AMZN) founder and CEO Jeff Bezos, is building less expensive, reusable rockets for transporting cargo. Meanwhile, Richard Branson, chairman of the Virgin Group, is also in the latest space race with his space tourism company Virgin Galactic.

Stratolaunch, which is built of lightweight materials, is indeed “ginormous.” Aside from the 50-foot-tall tail, its wingspan is a whopping 385 feet, nearly double that of the Boeing (BA) 787 Dreamliner. The Stratolaunch’s overall length is 238 feet, compared to 224 feet for the Dreamliner.